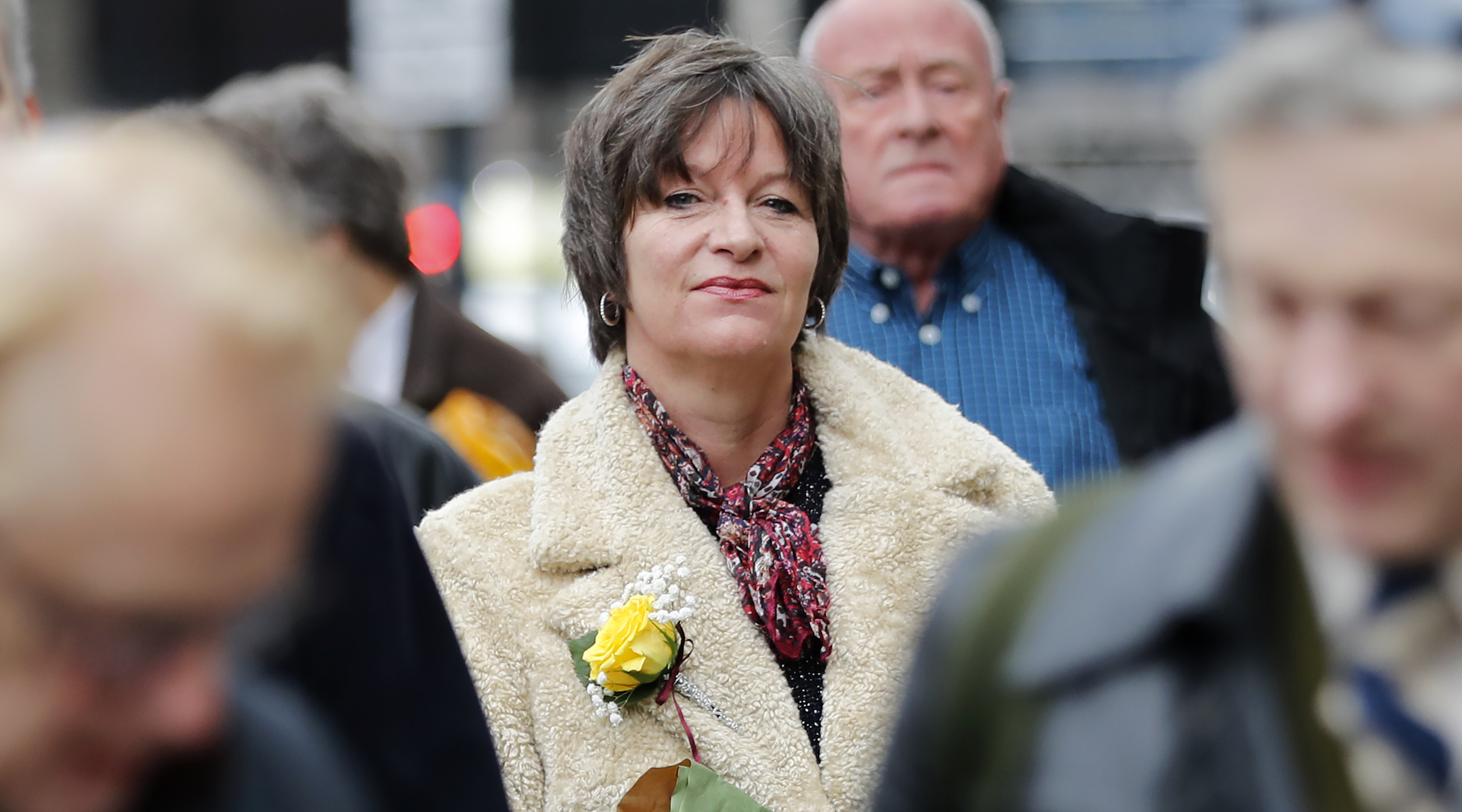 (JTA) — Holocaust denier and blogger Alison Chabloz said she was banned from France.

Chabloz, who is British, said in a Monday post on Gab, a social media platform popular among those on the far-right, that she was questioned when attempting to board a train to Paris, The Jewish Chronicle reported. She said she was told she was barred from entering the country until 2059. Holocaust denial is banned in France.

Last May, Chabloz, who posted songs on YouTube denying the Holocaust, was convicted by a London court of sending “offensive, indecent or menacing messages.”

The 55-year old was found guilty of writing, performing and disseminating three songs about Nazi persecution. One was about the young diarist Anne Frank. In another, she claimed that the Holocaust was “just a bunch of lies.” During one session of her trial, Chabloz sang along in the courtroom as the judge reviewed the videos of her singing.