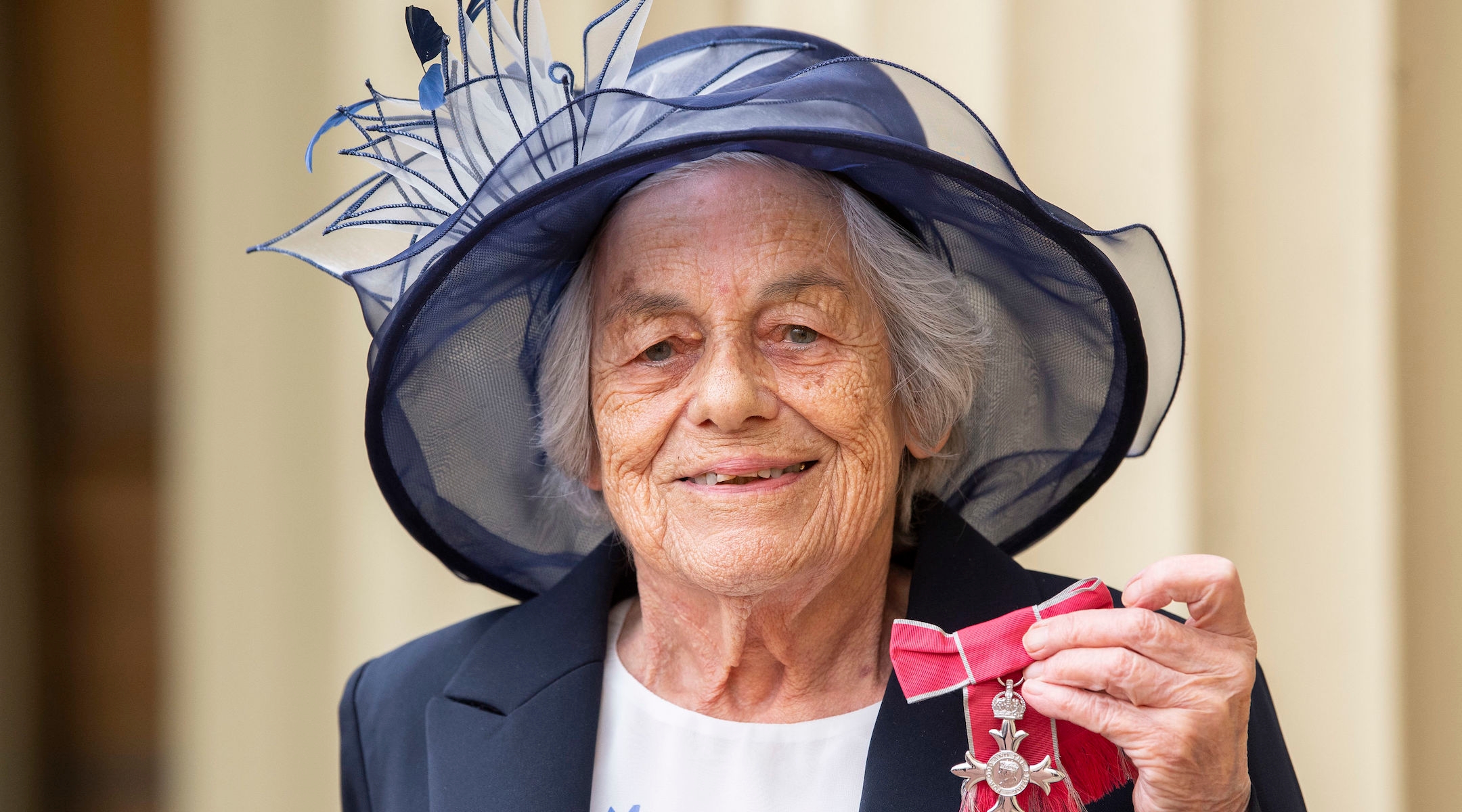 (JTA) — Vera Schaufeld, a Holocaust survivor, was made a Member of the Most Excellent Order of the British Empire at Buckingham Palace on Thursday for her services to Holocaust education in Britain.

An MBE is awarded to those who make a “positive impact in their line of work.”

Schaufeld was born in Prague in 1930, and fled the Nazi invasion of Czechoslovakia on the kindertransport in 1939. Her parents couldn’t escape and were murdered at the Treblinka extermination camp.

After World War II, Schaufeld moved to Israel and lived on a kibbutz, where she met her husband, Avram, a fellow Holocaust survivor (he survived Auschwitz and Buchenwald).

They eventually moved back to Britain, where she helped establish The National Holocaust Centre and Museum and worked with the Holocaust Education Trust to help increase awareness of the Holocaust in Britain. Schaufeld, a mother of two and grandmother of four, has been a teacher her entire life.

Vera Schaufeld first came to England on the Kindertransport in 1939 from Czechoslovakia, and has dedicated her life to teaching adults and children with little or no knowledge of the English language. Vera was involved in the establishment of the @NationalHolocaustCentreUK and has frequently spoken across the UK about her experiences, promoting a message of tolerance and understanding. Today Vera was honoured by The Duke of Cambridge with an MBE for services to Holocaust Education. 📷PA