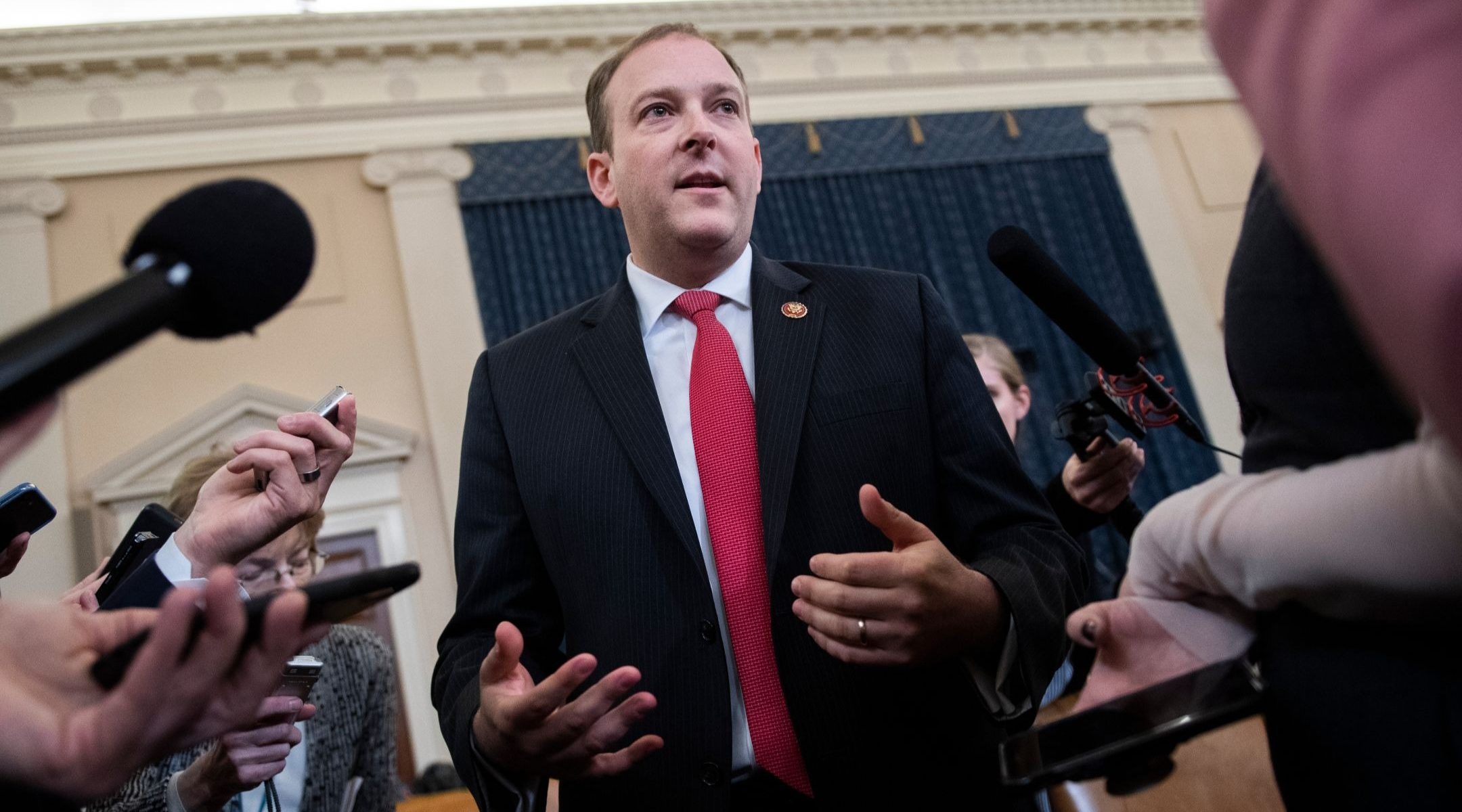 The Israel Anti-Boycott Act introduced Tuesday by Rep. Lee Zeldin, a Jewish Republican from New York, would add language to 1970s-era anti-boycott laws that targeted the Arab League boycott of Israel to include “international governmental organizations.”

It ratchets up pressure on Democrats who in recent years have increasingly opposed expanding penalties targeting Israel boycotters, saying they impinge on speech freedoms. A separate anti-BDS bill in the Senate last year garnered the support of just over half the party’s caucus. Rep. Nancy Pelosi of California, the House speaker, has resisted considering the measure in the U.S. House of Representatives.

The bill specifically names the United Nations and affiliated bodies, and the European Union, entities that in recent years have recommended boycotts of goods made in Israeli settlements.

It had 59 co-sponsors, 58 of them Republicans. The sole Democratic co-sponsor is Tom Suozzi of New York.

In a statement Zeldin, whom Republicans have designated as their lead Israel spokesman, said the measure targeted the Boycott, Divestment and Sanctions movement targeting Israel.

“This legislation would not only reinforce Congress’ opposition to the BDS movement, but protects American companies from being forced to provide information to international organizations that peddle this hate-filled movement, and holds those who attempt to violate that protection accountable,” he said.

Unlike the 1970s laws, the bill does not include criminal penalties, but it preserves the earlier laws’ monetary punishment.