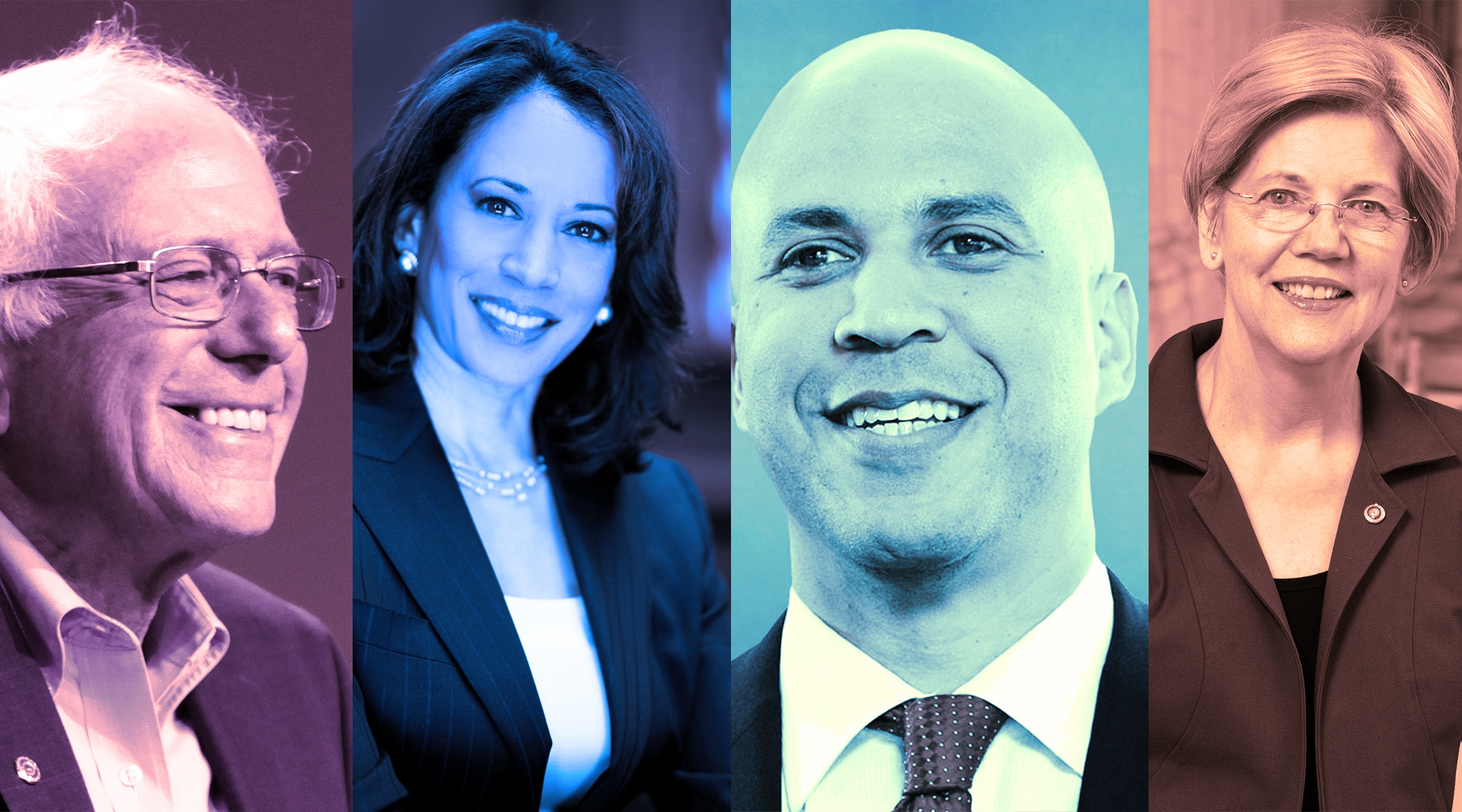 WASHINGTON (JTA) — AIPAC sounded relieved by the substantive Democratic backing in the Senate this week for a controversial pro-Israel bill initiated by Republicans.

The Strengthening America’s Security in the Middle East Act (S.1), which the American Israel Public Affairs Committee said “contains critical pro-Israel provisions,” passed 77-23, earning yeas from every Republican but one, Rand Paul of Kentucky. It codifies $38 billion in defense assistance to Israel and provides legal cover to states that target the boycott Israel movement.

“These provisions — contained in one of the first major bipartisan bills adopted by the Senate this year — pledge security assistance to Israel and clarify that state and local governments have the right to counter boycotts of Israel,” AIPAC explained.

Not only that, the bipartisan numbers were good: Of 47 senators in the Democratic caucus, 25 voted for the measure to 22 against.

The exceptions, however, were notable: Of the seven Senate Democrats who have declared for the presidency or seem poised to, six voted no. Only Amy Klobuchar of Minnesota voted yes.

JTA asked all seven for explanations, and five sent replies. Klobuchar’s staff said she was caught up in hearings, and the office of Sen. Kirsten Gillibrand, D-N.Y., never responded.

The five no voters based their opposition to what has been called an “anti-BDS bill” on free speech concerns about its anti-boycott element, which would provide federal protections for states penalizing boycotters.

Some emphasized their support for the other components of the bill, including the defense assistance for Israel, as well as sanctions targeting Syria’s Assad regime and the reinforcement of the alliance with Jordan.

Cory Booker of New Jersey: “I have a strong and lengthy record of opposing efforts to boycott Israel, as evidenced by my cosponsorship of S. 720, the Israel Anti-Boycott Act. However, this specific piece of legislation contains provisions that raise serious First Amendment concerns, and that’s why I voted against it. I drafted an amendment to help address these widely-held concerns, but there was no amendment process offered to allow for this bill to be improved.

“There are ways to combat BDS without compromising free speech, and this bill as it currently stands plainly misses the mark.”

Sherrod Brown of Ohio: “I strongly support additional security cooperation with Israel and Jordan, and holding the Assad regime accountable. However, recent court cases in Kansas and Arizona have raised First Amendment concerns with state laws, therefore, I believe we need to pause on enacting federal legislation while the issue is still pending in court.”

Kamala Harris of California: “Senator Harris strongly supports security assistance to strengthen Israel’s ability to defend itself. She has traveled to Israel where she saw the importance of U.S.-Israeli security cooperation firsthand. She opposed S.1 out of concern that it could limit Americans’ First Amendment rights.”

Bernie Sanders of Vermont: “While I do not support the BDS movement, we must defend every American’s constitutional right to engage in political activity. It is clear to me that this bill would violate Americans’ First Amendment rights.”

Elizabeth Warren of Massachusetts: “I oppose the boycott. But I think penalizing free speech activity violates our Constitution, so I oppose this bill.”

So why were the presidential contenders more likely to vote against the kind of bill that pro-Israel types — and a majority of their party colleagues — usually see as a slam dunk? The Republicans want to paint them as soft on the Boycott, Divestment and Sanctions movement targeting Israel, although they all oppose BDS — as a few said so directly. The anti-Israel left said their votes prove their side is winning.

Indeed, polls and various developments have indicated that a growing portion of the Democratic base — especially progressives — is increasingly critical of the Netanyahu government and vocal in opposing priorities of the pro-Israel lobby.

Here are some other possible motives:

Fundraising for statewide office vs. fundraising for nationwide office: Presidential campaigns, particularly among Democrats, rely increasingly on small donations from individuals (remember Sanders boasting about his $27 average donation in the 2016 campaign?). An individual motivated to click on “donate” is likelier to be a partisan, and less sympathetic to a candidate who signed on to a bill initiated by the opposite party. Notably, grassroots Democratic groups, including the hugely influential MoveOn, oppose the anti-BDS bills. Senate campaigns remain more susceptible to issue-driven donors and political action committees who favor lawmakers who cross partisan lines, in order to turn favored bills into law.

The ACLU: The American Civil Liberties Union is an influential voice among Democrats, and it has made killing the anti-BDS bills a top priority, which helps embed the message among activists and donors watching the presidential campaign. Gillibrand, notably, did a 180 last year after ACLU representations on a separate anti-BDS bill. The group remains formally non-partisan, however, and will not establish affiliated political action committees or endorse candidates, which diminishes its influence in Senate races.

The vision thing: Presidential candidates are under greater pressure to come up with a coherent overall vision, and their opponents will eagerly seek inconsistencies. Democratic candidates will be all about speech freedoms in the face of a president who has unrelentingly attacked the media, and the appearance of penalizing boycotts will not be a good look.

It’s true that consistency counts in Senate races as well but within a narrower spectrum. Consider two of the Democrats who voted yea, Joe Manchin of West Virginia and Gary Peters of Michigan: Both are in states where campaigns have focused mostly on job creation. A free speech inconsistency won’t resonate as much.