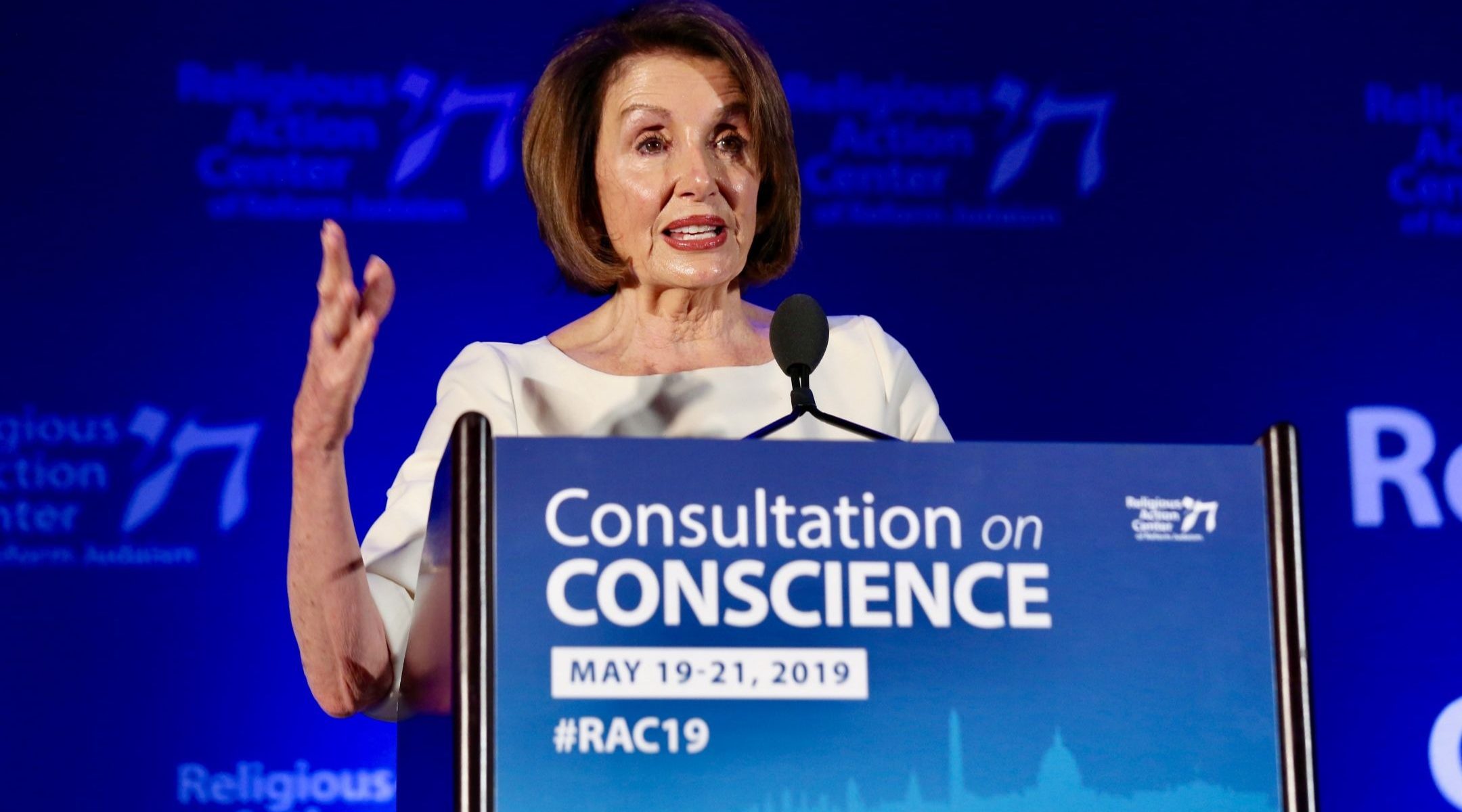 House Speaker Nancy Pelosi speaks at the Reform movement's Consultation on Conscience in Washington, May 21, 2019. (Courtesy of the Religious Action Center)
Advertisement

Pelosi, D-Calif., made the announcement late Tuesday afternoon. The New York Times had reported on the planned announcement earlier on Tuesday.

“The president must be held accountable; no one is above the law,” Pelosi said.

The inquiry stems from allegations that Trump pressured Ukrainian President Volodymyr Zelensky to investigate former Vice President Joe Biden and his son Hunter over alleged ties to a corrupt Ukrainian energy company. Joe Biden is leading in the polls among Democratic candidates seeking to oust Trump next year.

The allegations, which Trump denies, emerged after reports trickled out that an anonymous whistleblower within the intelligence community filed a complaint about the president in August with the community’s inspector general. The inspector general, Michael Atkinson, deemed the complaint “credible and urgent,” which by law necessitated informing Congress — but the acting director of national intelligence, Joseph Maguire, refused. Democrats want the report to be released.

Pelosi, who until now has resisted calls from many Democrats to start formal impeachment proceedings, fearing a political backlash — is weighing creating a committee to probe Trump’s involvement with Ukraine, according to The Times.

On Tuesday, Trump said that he would allow the transcript of his conversation with Zelensky to be released.