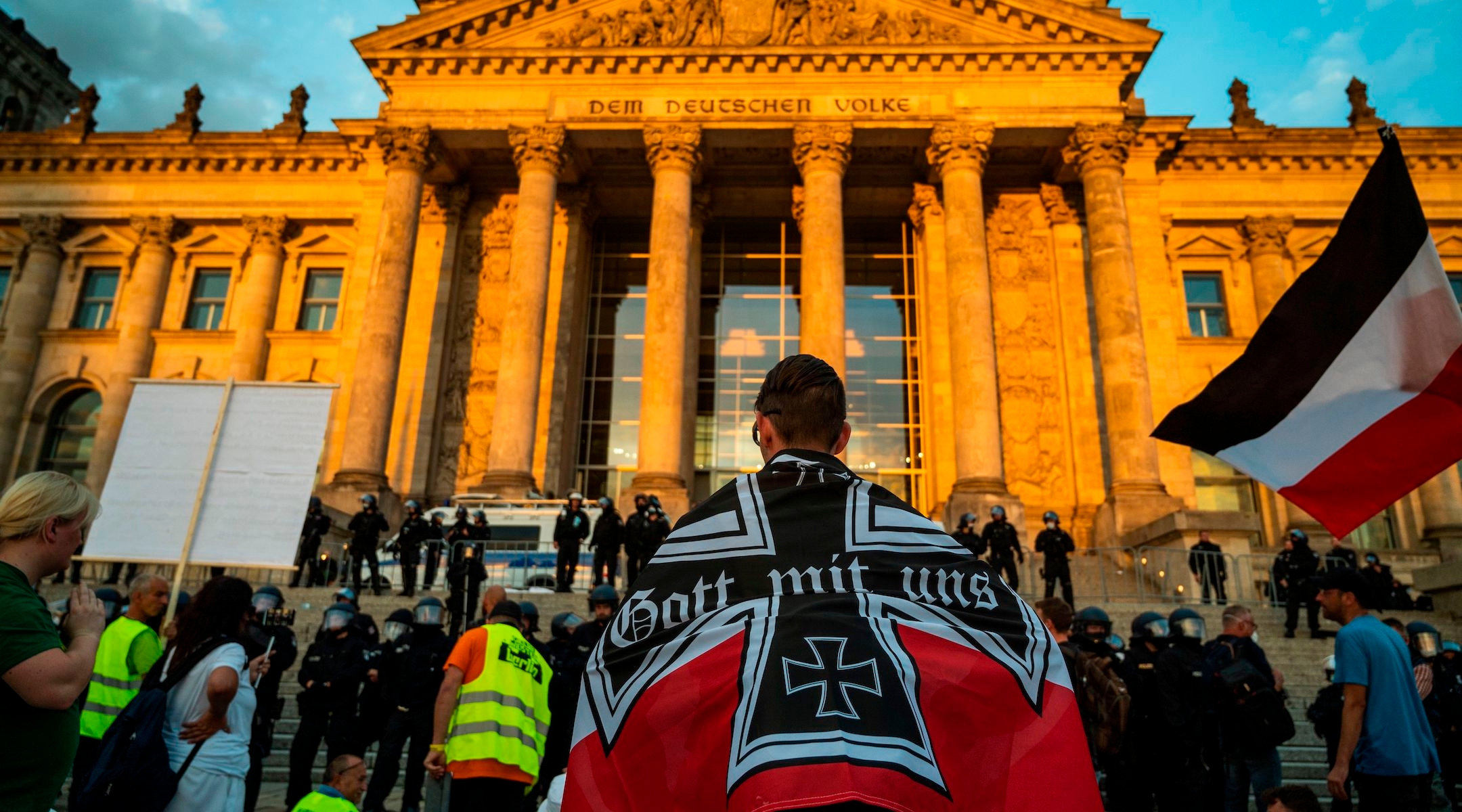 A demonstrator wrapped in a flag of the German empire faces off with riot police standing guard in front of the Reichstag building in Berlin, Aug. 29, 2020. (John Macdougall/AFP via Getty Images)
Advertisement

(JTA) — Several hundred protesters, some associated with an anti-Semitic movement, stormed through a group of police officers to the doors of Germany’s parliament building in Berlin before being removed by other officers.

The demonstrators from the Reichsburger (Reich Citizens) movement were among some 38,000 people who showed up for a mostly peaceful rally Saturday to protest the country’s coronavirus restrictions.

The Reichsburger, which had some 16,500 members as of two years ago, has been described as an assembly of groups and individuals who sometimes espouse violence in their “fight against the Federal Republic of Germany.” They believe that the 1937 German borders still exist, and many of them deny the Holocaust happened.

Several hundred were arrested in incidents at both the Reichstag building and the nearby Brandenburg Gate, where protesters, allegedly instigated by right-wingers, reportedly threw stones and bottles.

Josef Schuster, head of Germany’s Jewish umbrella organization, the Central Council of Jews in Germany, said he saw the incident as “a last warning shot for democratic parties and security officials.”

“To see people with symbols of right-wing extremists on the steps of the Reichstag is unbearable for those who care about democracy,” Schuster said.

Among those arrested was celebrity vegan chef and cookbook author Attila Hildmann, who has been spreading coronavirus conspiracy myths at rallies for months. He has also pushed anti-Semitic conspiracy theories online.

Germany’s commissioner on anti-Semitism Felix Klein said a line had been crossed and that protesters evoked the “worst memories.”