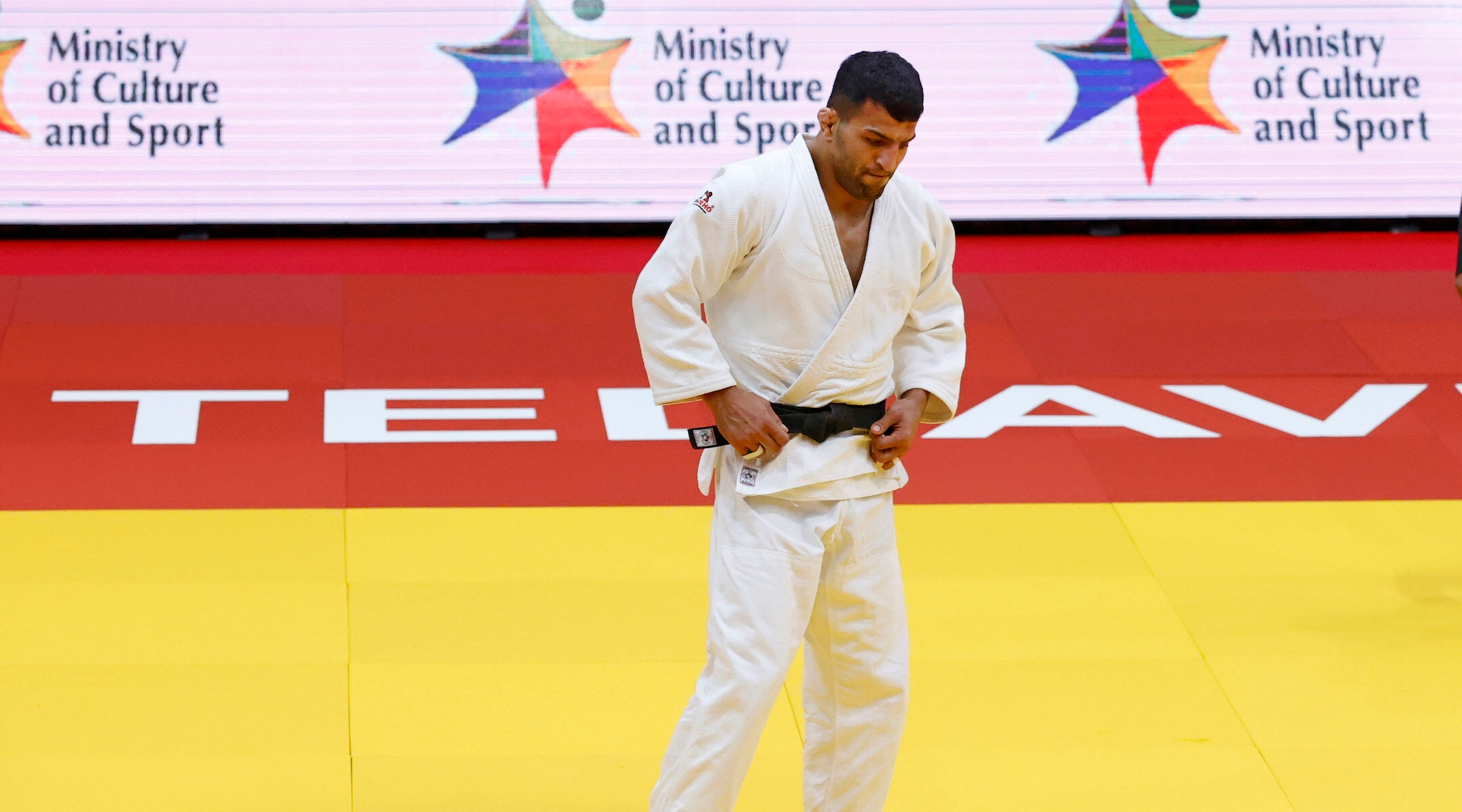 (JTA) — Iran’s suspension from competing in international judo competitions, spurred by its move to keep one of its athletes from competing against an Israeli, has been dropped months before the 2021 Tokyo Olympics.

The Court of Arbitration for Sport decided Monday that the International Judo Federation’s 2019 blanket ban on Iranian judo athletes went too far, while admitting that the country had committed “severe violations” of the federation’s rules, The New York Times reported.

The complete suspension had “no legal basis” under the sport’s rules, the court added.

Iran will now likely be able to send its judokas to compete in Tokyo, given that the time before the games begin in July is not long enough to mount a successful appeal of the ruling.

In 2019, Iranian judoka Saeid Mollaei said his handlers ordered him to throw matches at the World Judo Championships to avoid a matchup against Israeli Sagi Muki, who would wind up winning the tournament. Mollaei said he refused to comply and subsequently felt his life was in danger. He wound up flying to Germany after the tournament and achieved refugee status.

The judo federation promptly banned Iranian judokas from competing in international competition “until the Iran Judo Federation gives strong guarantees and proves that they will respect the IJF Statutes and accept that their athletes fight against Israeli athletes.”

Both Muki and Mollaei, who now competes for Mongolia, are on track to qualify for the Tokyo Olympics, according to The Times.