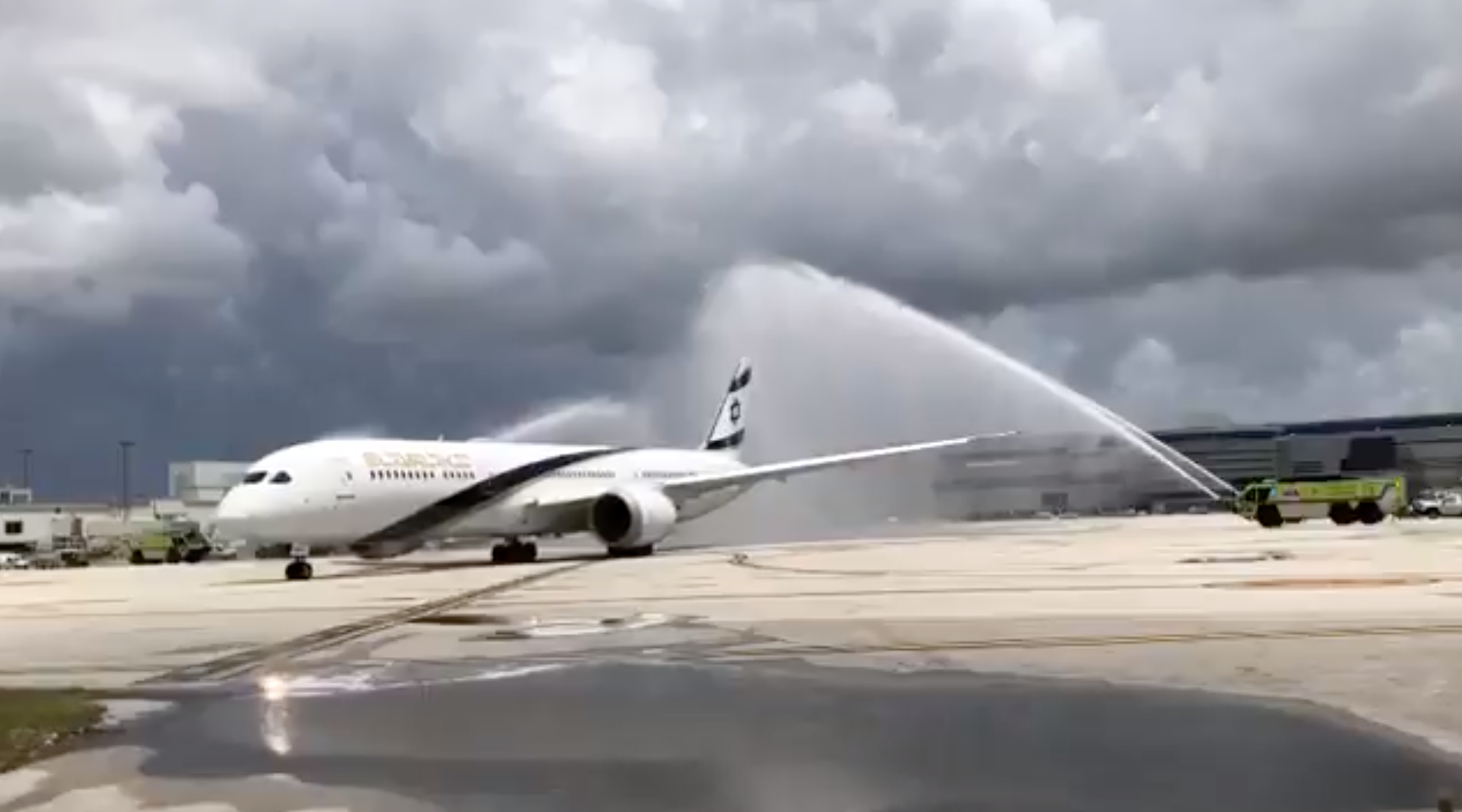 An El Al airplane carrying members of an Israel Defense Forces rescue team is given a "water salute" upon departing Miami on July 11, 2021. (Screenshot from Twitter)
Advertisement

(JTA) — The Israeli military team that assisted in the search and rescue operation at the collapsed building in Surfside, Florida left on Saturday after received salutes and awards for their work.

The seven-person team from the Israel Defense Forces’ Home Front Command, which arrived in Surfside three days after Champlain Towers collapsed last month, received thanks from Miami-Dade County Mayor Daniella Levine Cava and other local officials in a ceremony Saturday, according to The Times of Israel.

The team received medals and gifted the officials with an Israeli flag in return. They then walked down a street flanked by other rescue workers while people sang “Ani Maamin,” a traditional Jewish song affirming faith in redemption from difficult times.

On Sunday, as the final members of the Israeli team departed, their El Al airplane was given a “water salute” by Miami-Dade Fire Rescue. The salute involved the Fire Rescue team showering the plane with its hoses.

This afternoon, #MDFR bid farewell to the IDF delegation that assisted in search and rescue/recovery efforts at the Champlain Towers building collapse in Surfside with a water salute at @iflymia. We wish them a safe flight back home! pic.twitter.com/hvkXVeinXS

The confirmed death toll from the collapse has risen to 94 as of Monday, while Levine Cava said an additional 22 people remain “potentially unaccounted” for. Last week, Florida officials informed families that “there’s zero chance of survival” for the bodies still missing.