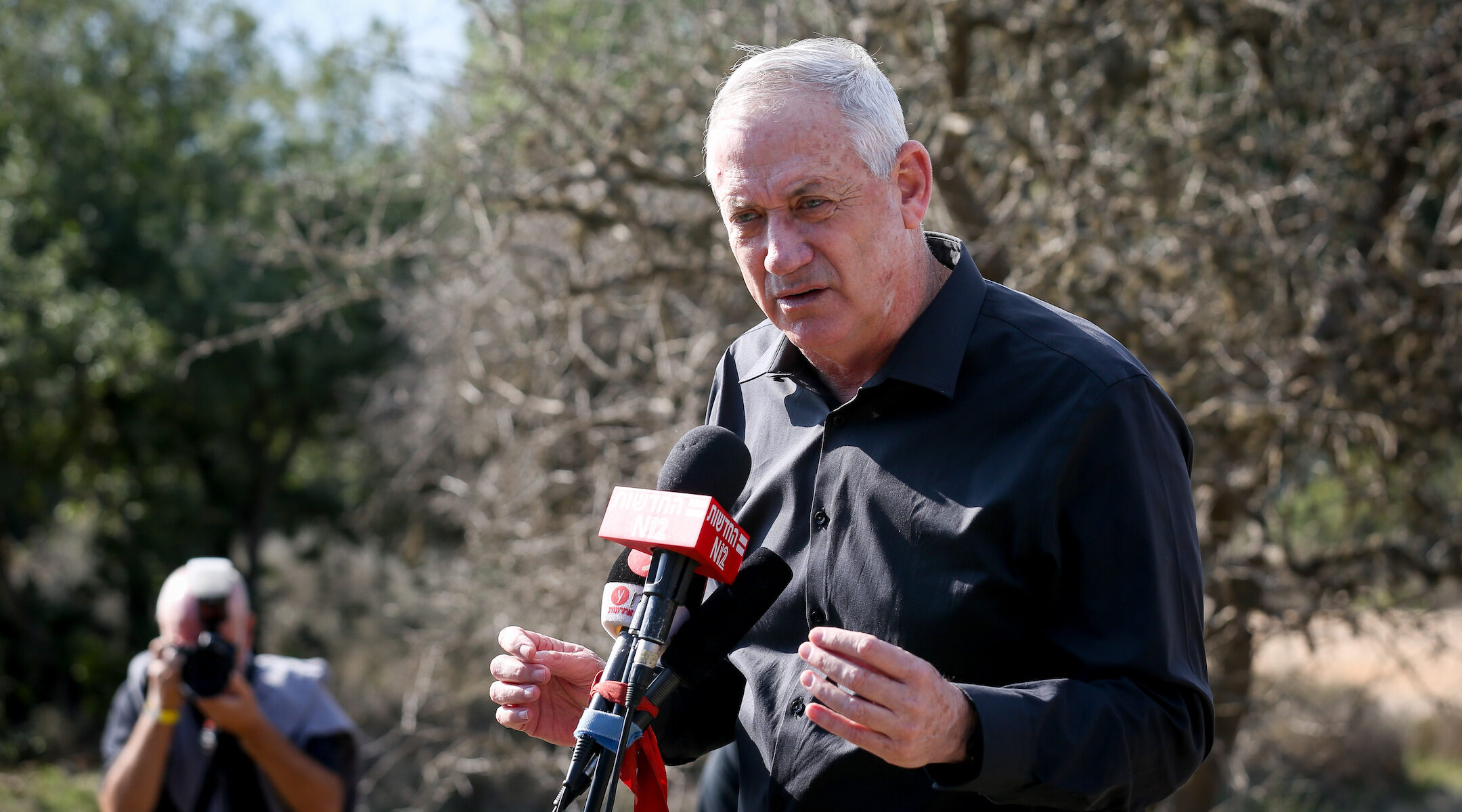 (JTA) — Israeli Defense Minister Benny Gantz said Tuesday that his party will back a bill crafted by the opposition in parliament to dissolve the government, likely sending Israel to its fourth election in two years.

The votes from Gantz’s Blue and White would provide the needed votes for the measure to pass in the Knesset.

Gantz and Benjamin Netanyahu, the prime minister, formed a unity government earlier this year by agreeing to rotate the premiership after 18 months, but the two have been at odds from the outset of the partnership. Their latest logjam involves a two-year national budget that both said they would finance in their coalition agreement. But Netanyahu’s Likud party has agreed to pass only a one-year budget; the two-year agreement would set in motion Gantz’s transition to power next year.

In a statement, Gantz blamed Netanyahu for the situation.

“Netanyahu has decided to dissolve the government and drag Israel into an election” by refusing to pass the budget, Gantz said, according to Haaretz.

Gantz had recently launched a commission to investigate a corruption scandal known as “the Submarine Affair,” which involves several people close to Netanyahu, further eroding their relationship.

“All of this is happening for a single reason … Netanyahu is only working to save himself from his trial,” Gantz said Tuesday, referencing the other scandals for which Netanyahu was indicted last year.

Gantz left open the possibility of passing the budget by its Dec. 23 deadline and avoiding an election that would take place next year.