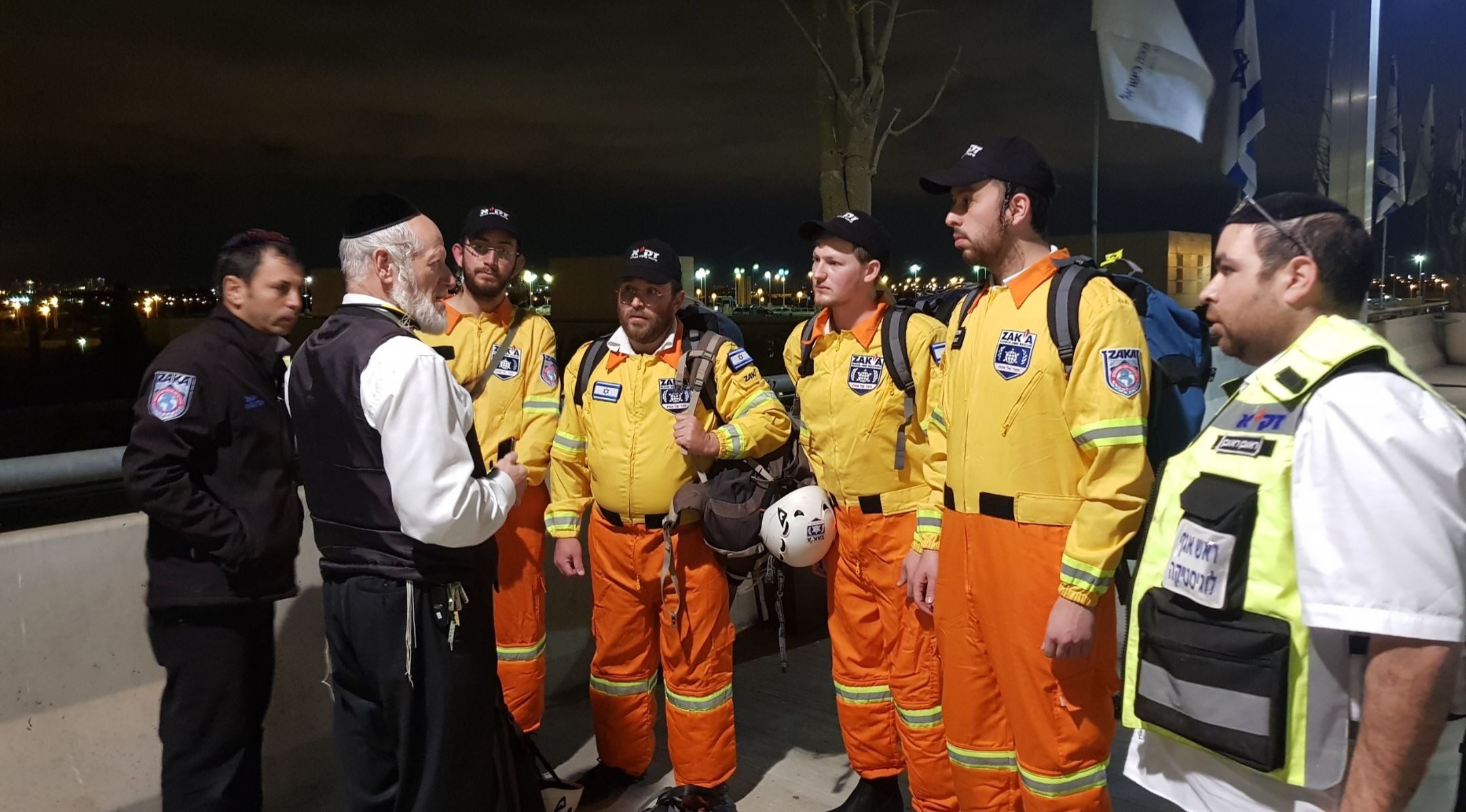 ZAKA Chairman Yehuda Meshi-Zahav gives the Israeli delegation a final briefing before they depart for the site of the Ethiopian Airlines plane crash on March 10, 2019. (Courtesy of ZAKA)
Advertisement

JERUSALEM (JTA) — A delegation from Zaka, the Israeli rescue and recovery group, left for Addis Ababa and the site of an Ethiopian Airlines crash that killed 157 people, including two Israelis.

The goal of the delegation is to “locate and identify the Israeli victims, to collect their remains in keeping with Jewish law and ensure a full Jewish burial,” the organization said in a statement.

The Israelis killed have not yet been named publicly. The dead were of at least 32 different nationalities, according to reports.

Since the accident, Zaka said it has been in contact with Israel’s Foreign Ministry, the Israeli Consulate in Addis Ababa and the Chabad emissary in Ethiopia, Rabbi Eliyahu Chaviv. Israel had offered its assistance to the Ethiopian government in the hours after the attack.

Red Cross teams and others on Sunday had begun to search for human remains at the site.

“Unfortunately, we have accumulated significant experience in dealing in a professional manner with incidents of this type,” Zaka Chairman Yehuda Meshi-Zahav said.

The Boeing 737 that crashed six minutes after takeoff was en route to Nairobi, Kenya. There were no survivors.

The cause of the crash has not been identified. But the CEO of the airline, who visited the crash site, told reporters that the pilot sent out a distress call and was given clearance to return.