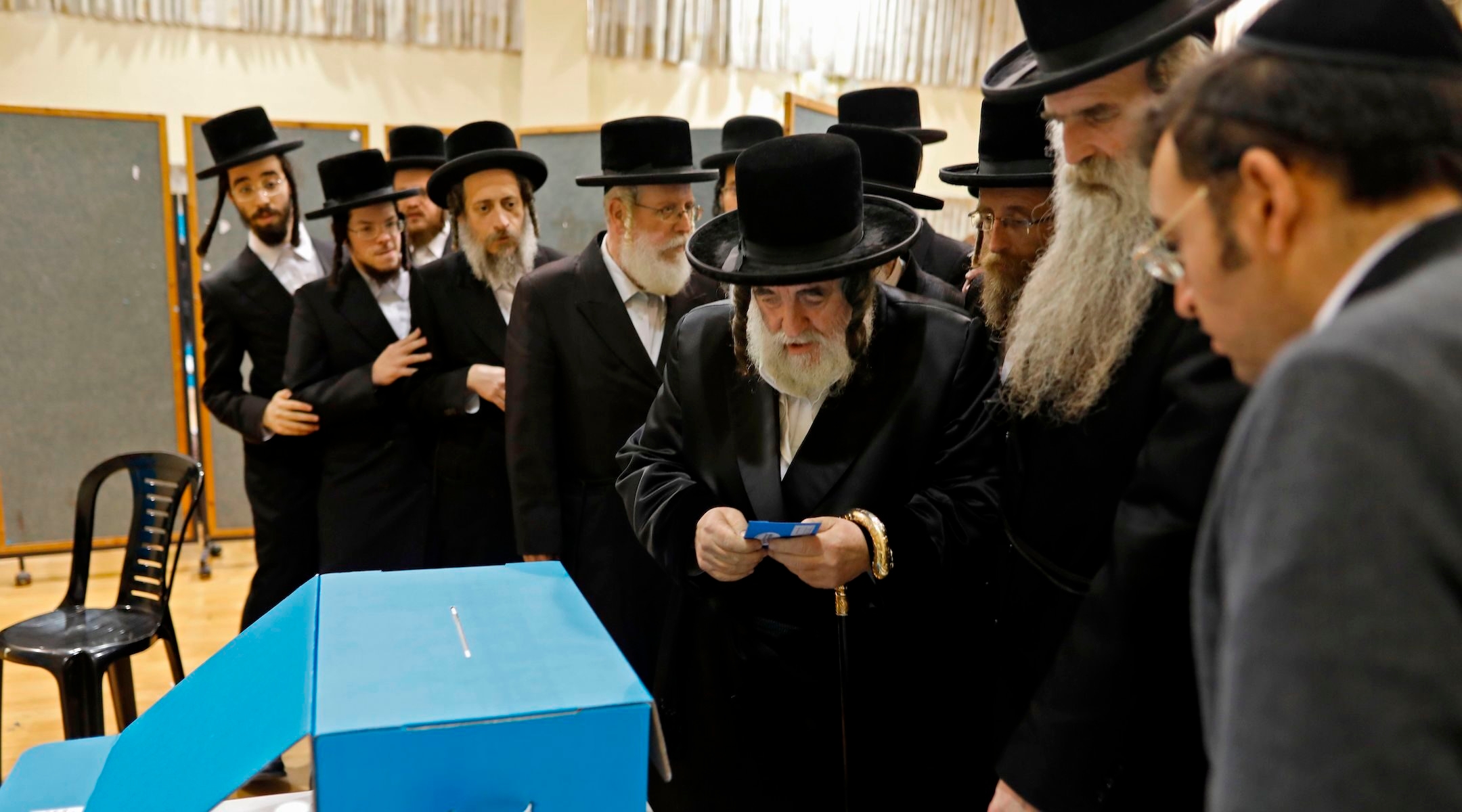 (JTA) — The leader of a major Hasidic sect in Israel denounced those who inform on other Jews for violating school closure orders and other restrictions intended to stop the spread of the coronavirus.

The comments by Rabbi Yisroel Hager, head of the Vizhnitz Hasidic sect, are reminiscent of others accusing whistleblowers in Hasidic communities in recent months of being a “moser,” one who informs on his or her fellow Jew to the secular authorities, in relation to the breaking of pandemic-related restrictions.

Some Jewish legal texts suggest that a “moser” is subject to the death penalty, making it a potentially dangerous accusation.

“Cry out bitterly and strongly protest against all those Jews who snitch and inform on other Jews who open schools or hold celebrations,” Hager said in a speech printed in two haredi Orthodox newspapers in Israel, according to the Times of Israel. “To interfere with another Jew holding a celebration is an offensive and fundamentally unacceptable thing.”

Hager’s comments come amid a charged environment surrounding the handling of pandemic restrictions in Orthodox communities. Last month, a Hasidic journalist in Brooklyn’s Borough Park was labeled a “moser” for reporting on his community’s lack of compliance with mask wearing and social distancing. At a protest against lockdown restrictions in his neighborhood, he was surrounded and allegedly punched as the crowd shouted “moser” at him. Days later, a crowd gathered outside the journalist’s home and chanted “moser.” And another Israeli rabbi ruled last month that people who inform about health violations should not be counted in prayer quorums.