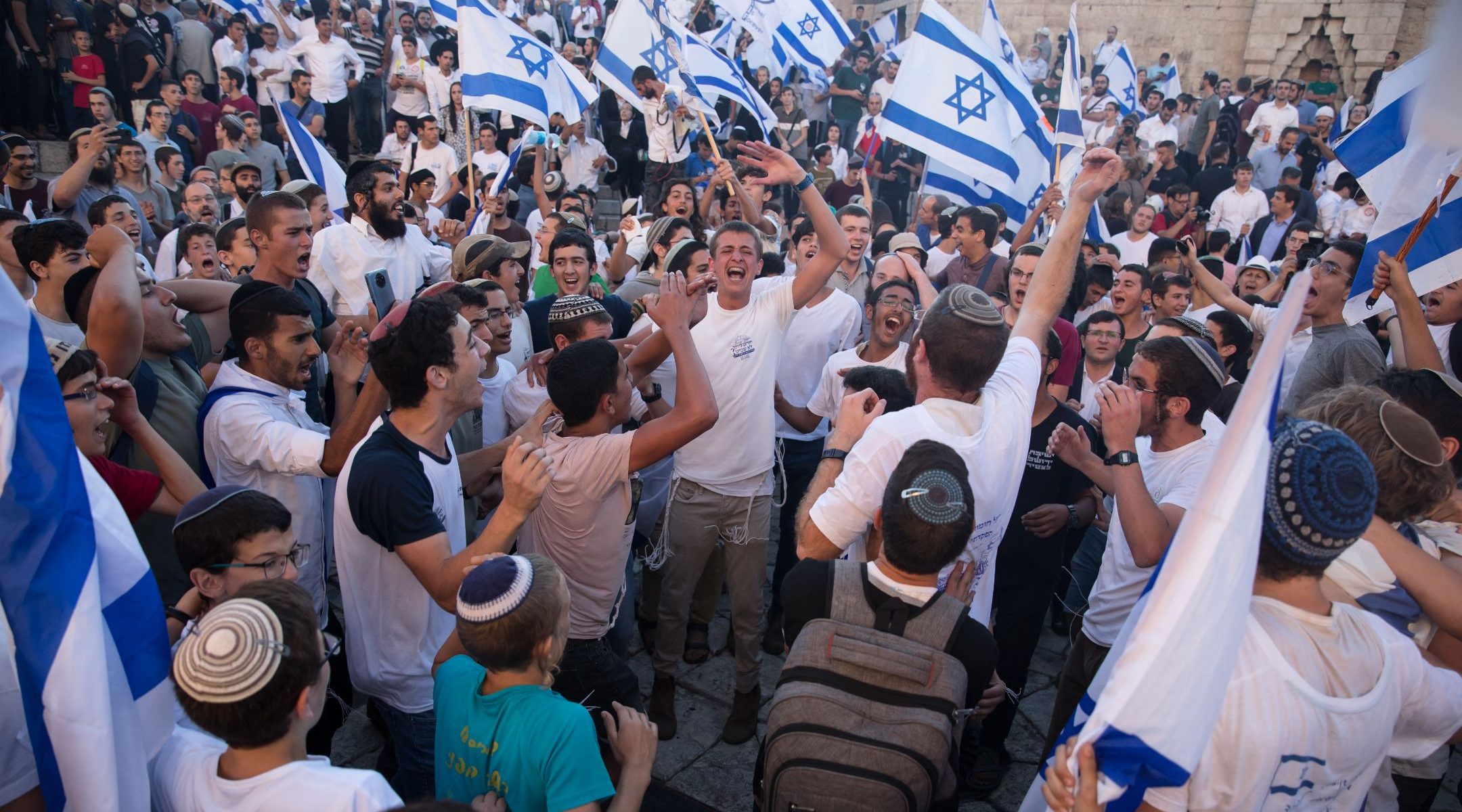 Mostly nationalist Israelis dance with their country's flag as they march near Damascus Gate during the flag march in Jerusalem, June 15, 2021. (Amir Levy/Getty Images)
Advertisement

Thousands of religious nationalist marchers carrying Israeli flags made their way through the Old City to reprise an event interrupted last month by the outbreak of a conflict between Israel and Hamas, which launched rockets from Gaza toward Jerusalem and elsewhere.

Hamas’ pretext for renewing hostilities was tensions in Jerusalem that were stoked in part by the planned nationalist march. Ahead of the march, Hamas launched explosive balloons into Israel, starting at least 20 fires.

Israeli authorities had banned marchers from entering the Old City’s Muslim Quarter during Tuesday’s march. There were nonetheless some clashes with Palestinian protesters and the Israeli police made the 17 arrests. Haaretz quoted the Palestinian Red Crescent as saying that 33 Palestinians were treated for injuries, none serious.

Some of the marchers verbally abused Palestinian passersby and journalists, and at one point hundreds broke out into a “Death to Arabs” chant.

The reprised march was seen as the first challenge to the new Israeli government of Naftali Bennett, which brought together right-wing, centrist, leftist and Arab Islamist parties to oust longtime Prime Minister Benjamin Netanyah and restore political stability to the country.

“It is incomprehensible how one can hold an Israeli flag in one’s hand and shout ‘death to Arabs’ at the same time,” The Jerusalem Post quoted Foreign Minister Yair Lapid as saying. Lapid is co-leading the new government with Bennett.

The march last month was to mark Israel’s capture of eastern Jerusalem in the 1967 Six-Day War.