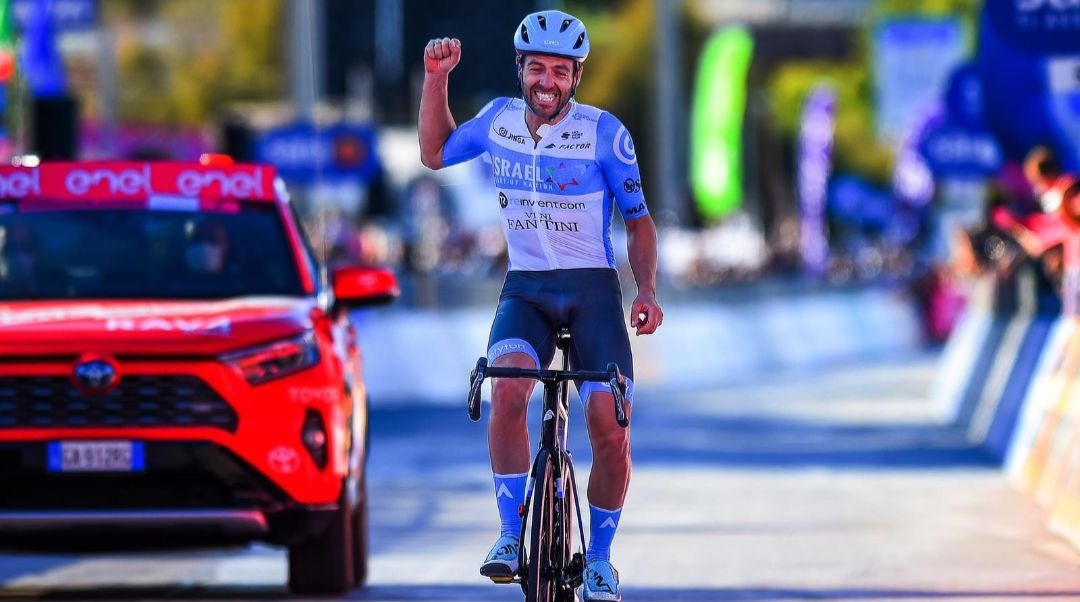 (JTA) — An Israeli professional cycling team won a stage of one of the three major international races for the first time ever on Saturday.

Alex Dowsett won Stage 8 of the Giro d’Italia for Team Israel Start-Up Nation, which was established in 2015 and joined the highest level of professional cycling only last year.

The Giro d’Italia is one of cycling’s three prestigious Grand Tour races, along with the Tour de France and the Vuelta a Espana.

Dowsett cried after he passed the finish line.

“All the excitement demonstrates that our project has significance beyond sport, it’s showing the true heart of Israel to hundreds of millions of fans around the world. I could not be more proud,” team co-owner Sylvan Adams said in a statement.

Israel Start-Up Nation made its first appearance in the Giro d’Italia in 2018 when Adams, a Canadian-Israeli real estate magnate, brought the cycling race to Israel for the first three stages, the first time any leg of cycling’s Grand Tour races took place outside of Europe.