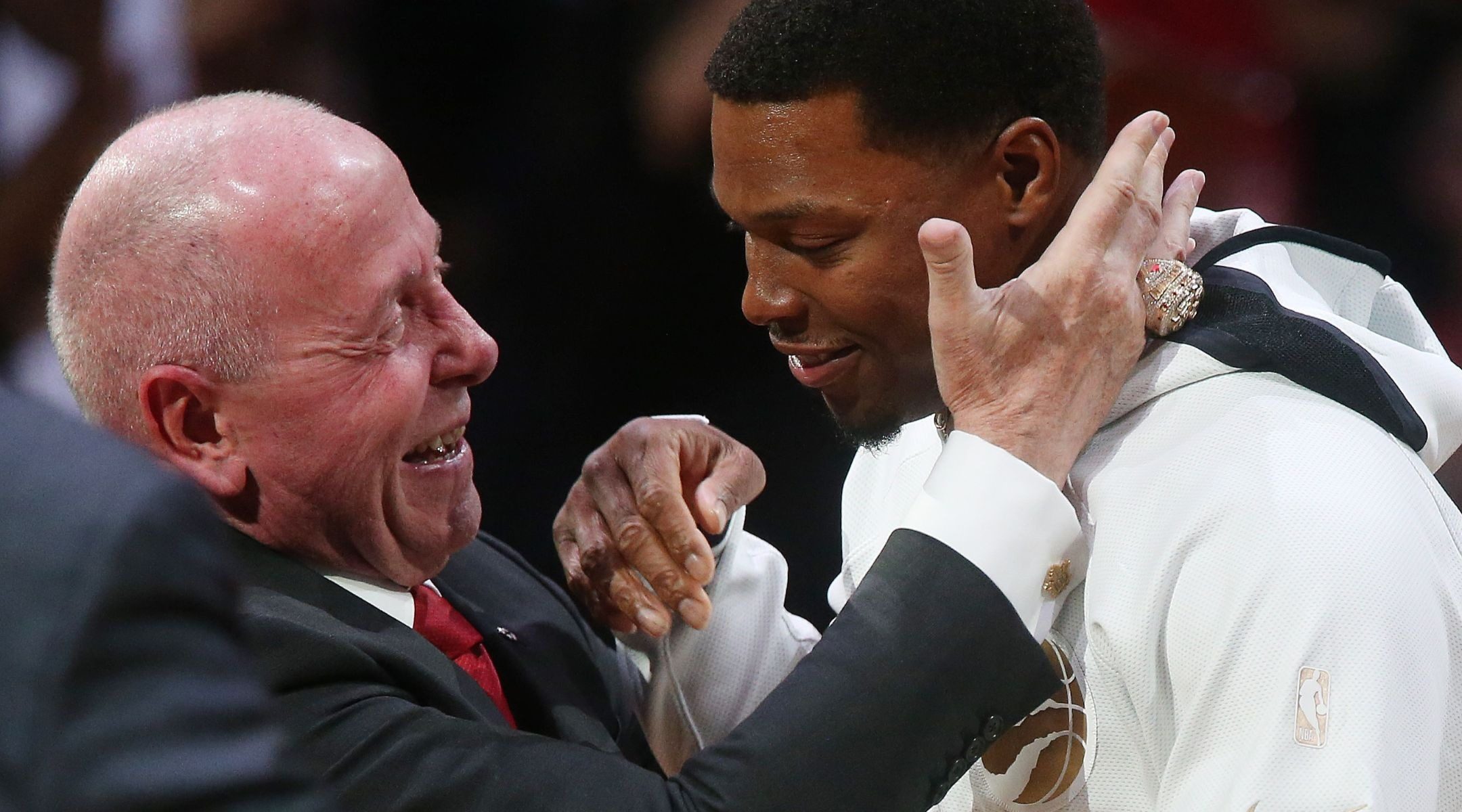 (JTA) — The co-owner of the 2019 NBA champion Toronto Raptors said he has not taken the team to Israel yet as he said he would due to scheduling conflicts and not the boycott movement.

Larry Tanenbaum said two months before the Raptors’ victory in the Finals in June that if the team won, he would bring them to what he called the Holy Land.

The Canadian BDS Coalition in a post earlier this month that remains on the homepage of its website claimed that its campaign #RaptorsDontGo was successful in preventing the team from visiting Israel, since the new season has begun and the team did not go.

BDS stands for the Boycott, Divestment and Sanctions movement against Israel.

Tanenbaum told the Canadian Jewish News on Wednesday that the reason the team has not yet made the trip is due to the “demanding schedules” of the team members.

“Following our NBA championship win, as an organization, our intention was to take the Raptors to Israel, but as you can imagine, managing a group of championship basketball players with increasingly demanding schedules, as well as having many of our players and coaches participating in the FIBA World Cup in China during August, made it simply impossible to find dates that worked for the whole team in this shortened off-season,” Tanenbaum wrote in an email to the newspaper. “I find it curious that anti-Israel activists, about whom I have little knowledge, are taking credit for our scheduling challenges.”

The BDS group referred to the proposed trip as “sportswashing,” and called it “an incredibly blatant and crude exploitation of a popular victory for an overt political agenda.”

Tanenbaum is active and philanthropic in the local Jewish community and was a founder of the Centre for Israel and Jewish Affairs. His net worth is estimated at about $1.53 billion.