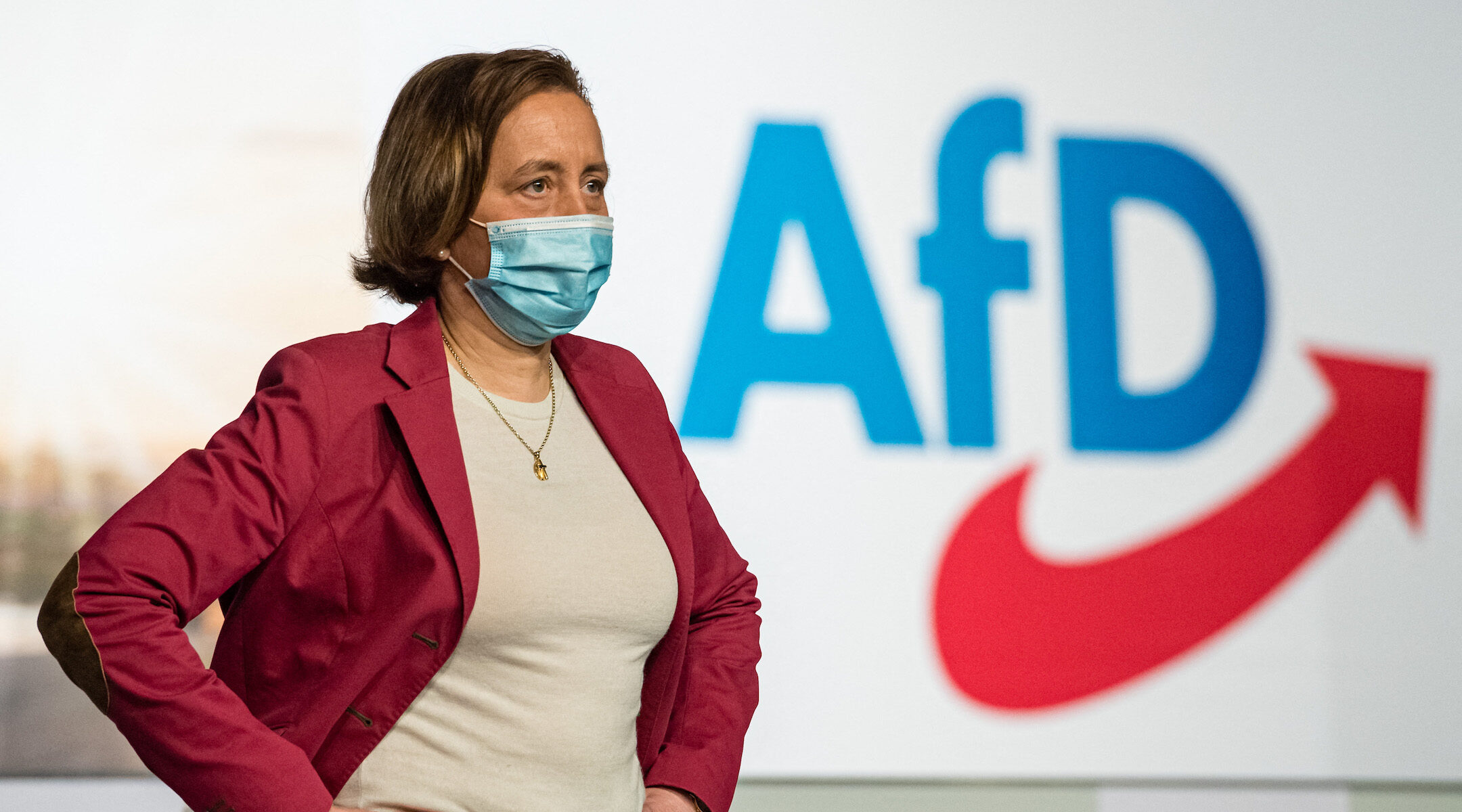 Jair Bolsonaro, who has been highly divisive among Brazilian Jewish voters despite his openly pro-Israel speech, met with Beatrix von Storch, the deputy leader of the far-right Alternative for Germany (AfD) party and a member of the German parliament since 2017.

The right-wing Bolsonaro was all smiles while meeting with on Monday with von Storch, who is a granddaughter of Lutz Graf Schwerin von Krosigk, a former finance minister during Adolf Hitler’s Nazi rule.

“AfD is an extremist, xenophobic party whose leaders downplay Nazi atrocities and the Holocaust. Brazil is a diverse, pluralistic country that has a tradition of welcoming immigrants. We defend and seek to represent the tolerance, diversity and plurality that define our community,” said Claudio Lottenberg, president of the Brazilian Israelite Confederation, in a statement.

The AfD is linked to several extremist positions. The party supported the Jan. 6 storming of the U.S. Capitol and has radically vilified Muslim immigrants in Germany. Late in 2017, Twitter temporarily suspended von Storch after she referred to a group of immigrants as “barbaric, Muslim, rapist hordes.”

The Anti-Defamation League and the Brazilian office of the pro-Israel StandWithUs nonprofit also criticized the meeting in Brasilia.

Last week, von Storch was also welcomed by Eduardo Bolsonaro, the president’s son who is a popular federal lawmaker. She also met congresswoman Bia Kicis, chair of the Constitution, Justice and Citizenship Committee in the Chamber of Deputies. Kicis’ grandfather was a decorated Jewish war hero.

“I have the honor of being the granddaughter of General Samuel Kicis, recognized as a Brazilian Jewish hero who joined the Brazilian forces in the fight against fascism and Nazism in World War II,” Kicis said. “As a conservative congresswoman, I welcomed a German congresswoman, who, like me, defends Judeo-Christian values, the family and the sovereignty of her homeland.”

Bolsonaro, who was close with former Israeli Prime Minister Benjamin Netanyahu, and some of his aides have been embroiled in previous controversies involving Nazi history. In 2019, Bolsonaro called the Nazis leftists, but later apologized for the comment. Last year, his culture minister was fired for using excerpts of a speech by Nazi propagandist leader Joseph Goebbels, and this year a senior adviser was criticized for making a white supremacist hand symbol during a legislative session.