Jewish socialist philosopher who met with Hamas is running for president 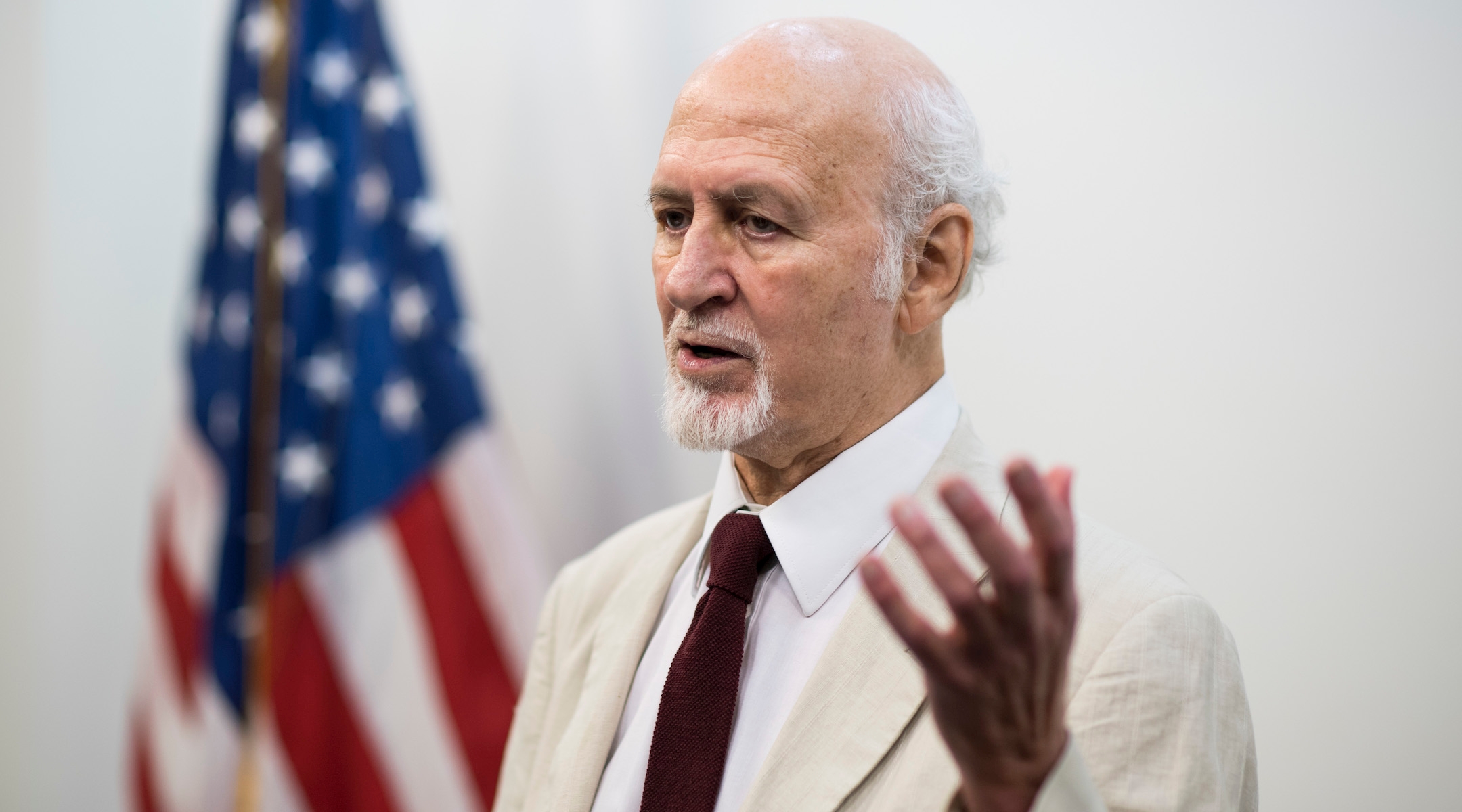 Jerome Segal announces he is running for president for the party he founded at a news conference at the National Press Club in Washington, D.C., Aug. 28, 2019. (Bill Clark/CQ-Roll Call, Inc via Getty Images)
Advertisement

(JTA) — A Jewish socialist philosopher who met with the leader of Hamas is running for president.

On Wednesday, Jerome Segal announced that he would run as the nominee of the Bread and Roses Party he founded last year. The party supports wealth redistribution, as well as guaranteed employment and income.

Segal, 75, is cleared to appear on the 2020 ballot in Maryland, where he lives, and is hoping to qualify in other states.

He told the Washington Post that he does not “have any fantasies about actually being president” but wants to add “something to the current political discourse that is lacking.”

Segal is an outspoken critic of Israel’s right-wing government and has met with leaders of various Palestinian groups, including the Palestine Liberation Organization and Hamas.

The PLO even took a significant portion of its 1988 declaration of independence from an op-ed he penned in the eastern Jerusalem daily Al-Kuds.

In 1989, Segal founded the Jewish Peace Lobby as a dovish alternative to the American Israel Public Affairs Committee.

In 2006, he met with Hamas leader Ismail Haniyeh and said he transmitted a letter from Haniyeh to President George W. Bush. The United States, the European Union and Israel classify Hamas as a terror organization.

In a statement Wednesday, Segal said he had been talking with Iran’s government, including its foreign minister, and that he “believes it is possible to achieve a re-set in US/Iran relations and Iran/Israeli relations.”

Last year, he challenged Sen. Ben Cardin of Maryland in the Democratic primary but lost.

Speaking with the Jewish Telegraphic Agency, he criticized Cardin, who also is Jewish, for his support of the pro-Israel lobby and for sponsoring a bill to penalize boycotts of Israel.