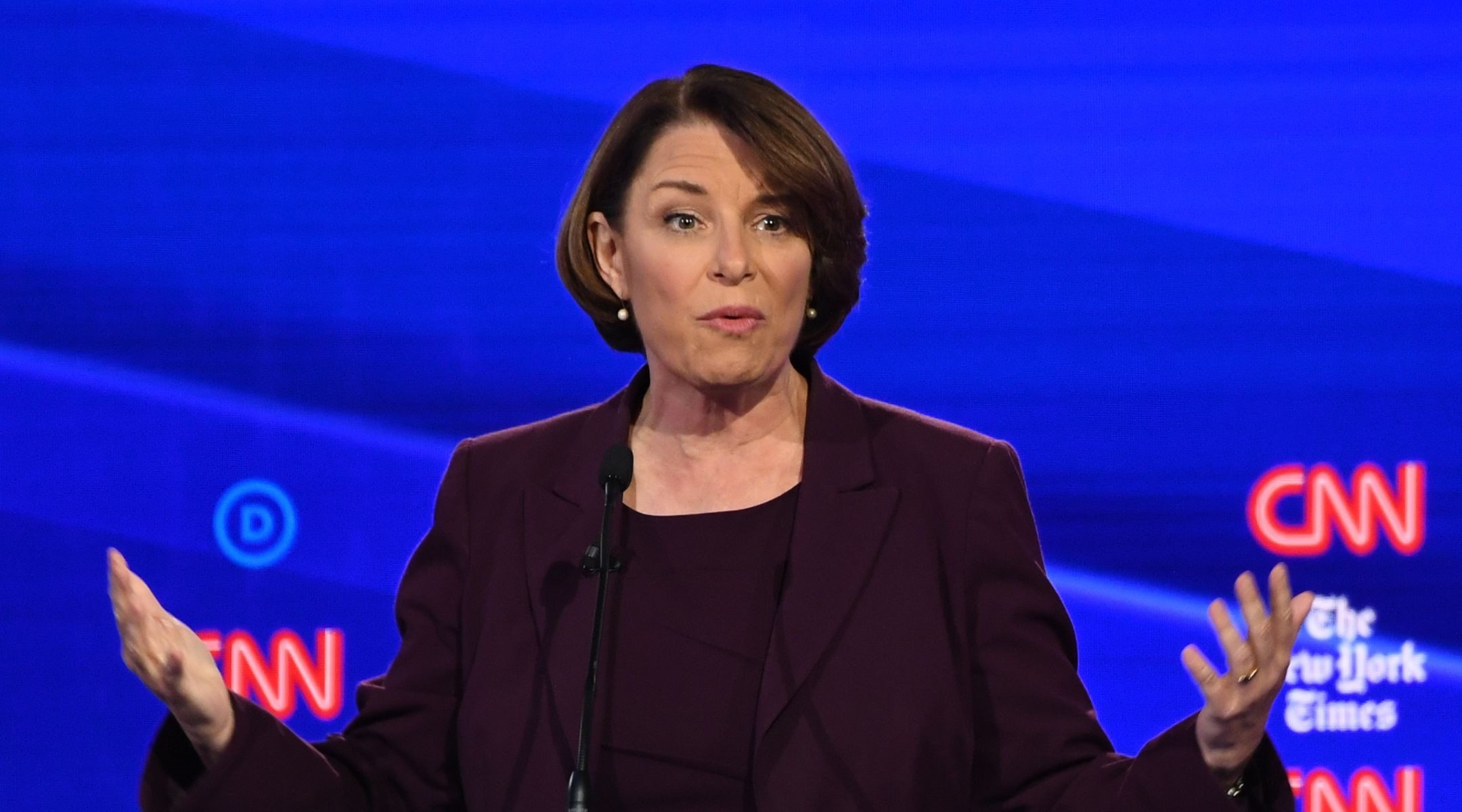 Sen. Amy Klobuchar gestures as she speaks at the fourth Democratic primary debate of the 2020 presidential campaign, at Otterbein University in Westerville, Ohio, Oct. 15, 2019. (Saul Loeb/AFP via Getty Images)
Advertisement

Four years ago, the group rejected an offer from Bernie Sanders to deliver a message by video during his first campaign for president. The Israel lobby explained that it had changed its rules to bar video speeches that year.

But this year, with the major conference for Israel supporters coinciding with Super Tuesday, when 14 states hold their primary elections, only one candidate, Mike Bloomberg, had been confirmed to speak before Friday.

Sanders cited concerns about AIPAC when declining to speak, and Elizabeth Warren did not push back against a question that criticized AIPAC when she told an audience earlier this month that she would not be attending.

But Klobuchar and Pete Buttigieg had explained that their busy campaign schedules had informed their decision not to attend. Meanwhile, Biden had said that he would be open to speaking but not whether he actually could.

An AIPAC spokesperson said the Super Tuesday overlap had made video conferencing an option this year but did not respond to questions about when the option had been made available to candidates.

The conference opens on Saturday night and is expected to draw nearly 20,000 people.