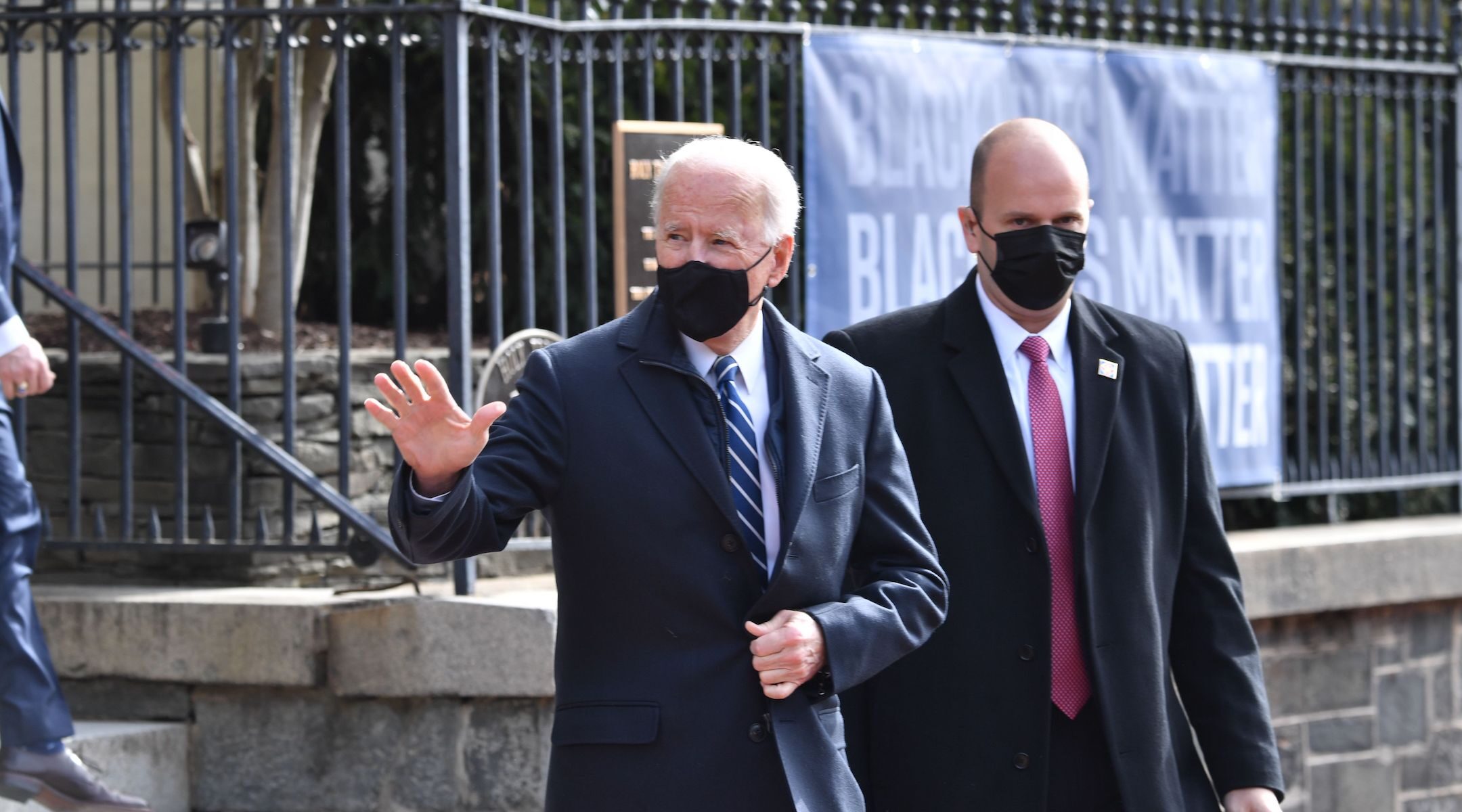 (JTA) — Joe Biden is Irish and Catholic, but his family clearly has a soft spot for Jewish food.

On the way back to the White House from Biden’s first Sunday Mass as president at the Holy Trinity Catholic Church, the family motorcade stopped in the Georgetown neighborhood so that Hunter Biden could get bagels from the Call Your Mother deli, Bloomberg reporter Jordan Fabian tweeted.

The deli is co-owned by Jeff Zients, a Jewish businessman who ran the National Economic Council under President Obama from 2014 to January 2017 and is now Biden’s COVID-19 czar, coordinating the administration’s plans to tackle the virus.

Some of the recipe testing for the deli’s first location was done at Zients’ home, according to Washingtonian magazine. Zients connected with Andrew Dana, the chef behind Call Your Mother and his business partner, through his father’s friend from summer camp.

Social media users had fun with the tidbit on Sunday. Historian and talking head Michael Beschloss noted that the store’s pastrami is “excellent.”

This is the excellent Call Your Mother bagelry-deli in Georgetown, where Biden family stopped today. Pastrami excellent. One of first local outings by this President. pic.twitter.com/Hx7UVo8B1S

President Biden has tapped a slew of Jewish allies for key positions in his administration, from secretaries of state and the treasury to attorney general. Read the full list here.

Have a recommendation for another Jewish D.C. restaurant that the Bidens should try? Email tips@jta.org with your suggestions.