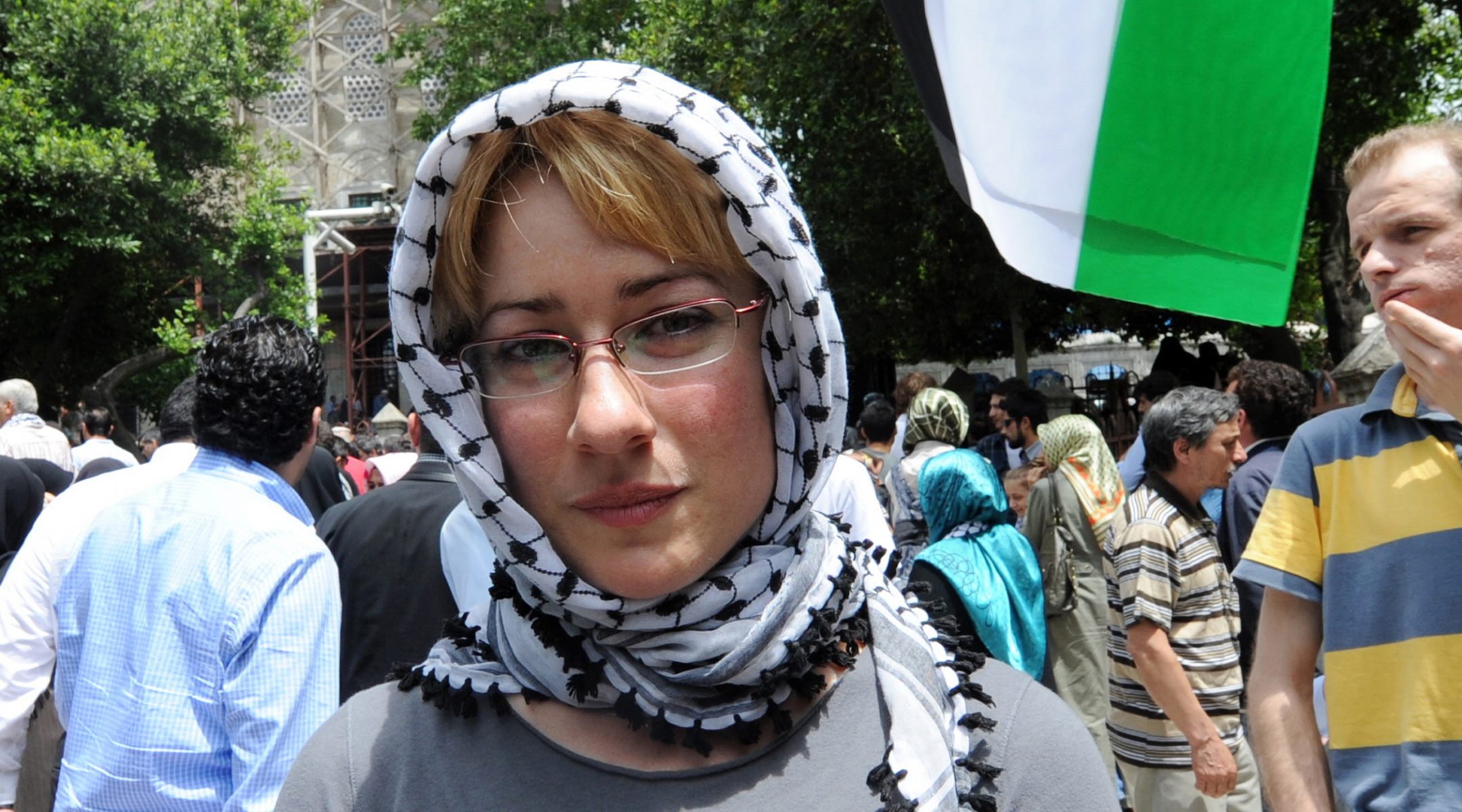 (JTA) — A journalist who wrote “Free Gaza and Palestine” on the walls of the former Warsaw Ghetto has been tasked with teaching members of a British teachers union about antisemitism.

Ewa Jasiewicz, who spray-painted the slogan in Poland in 2010, has given three sessions titled “Understanding Antisemitism,” the Jewish News of London reported Tuesday.

Separately, another journalist for Sky News, Mark Stone, has apologized for writing on Twitter Tuesday to a Jewish person who had complained about antisemitism that “the ‘Jew hatred’ you experience is actually the consequence of the current Israeli government’s policies; their prolongation of an untenable occupation.”

Criticized for questioning or excusing antisemitism, Stone wrote: “Very sorry if my last Tweet suggested that anti-semitism is in anyway imagined” or caused by Israel.

Jasiewicz prior to her sessions asked participants to read materials that “challenge common Eurocentric understanding of antisemitism” and prepare to hear “four prominent black British Jews discuss their experiences of racism in the Jewish community.”

The president of the Board of Deputies of British Jews, Marie van der Zyl, called Jasiewicz’s role “grotesque” in a letter Wednesday to the teachers union.

Last month, dozens of Jewish teachers left the union following calls by its staff for educators to join pro-Palestinian rallies.

About 230 Palestinians died last month in Israeli airstrikes launched in response to thousands of rockets fired from Gaza that led to the death of 12 people in Israel.

The conflagration triggered a major increase in antisemitic incidents in Britain, Europe and beyond.