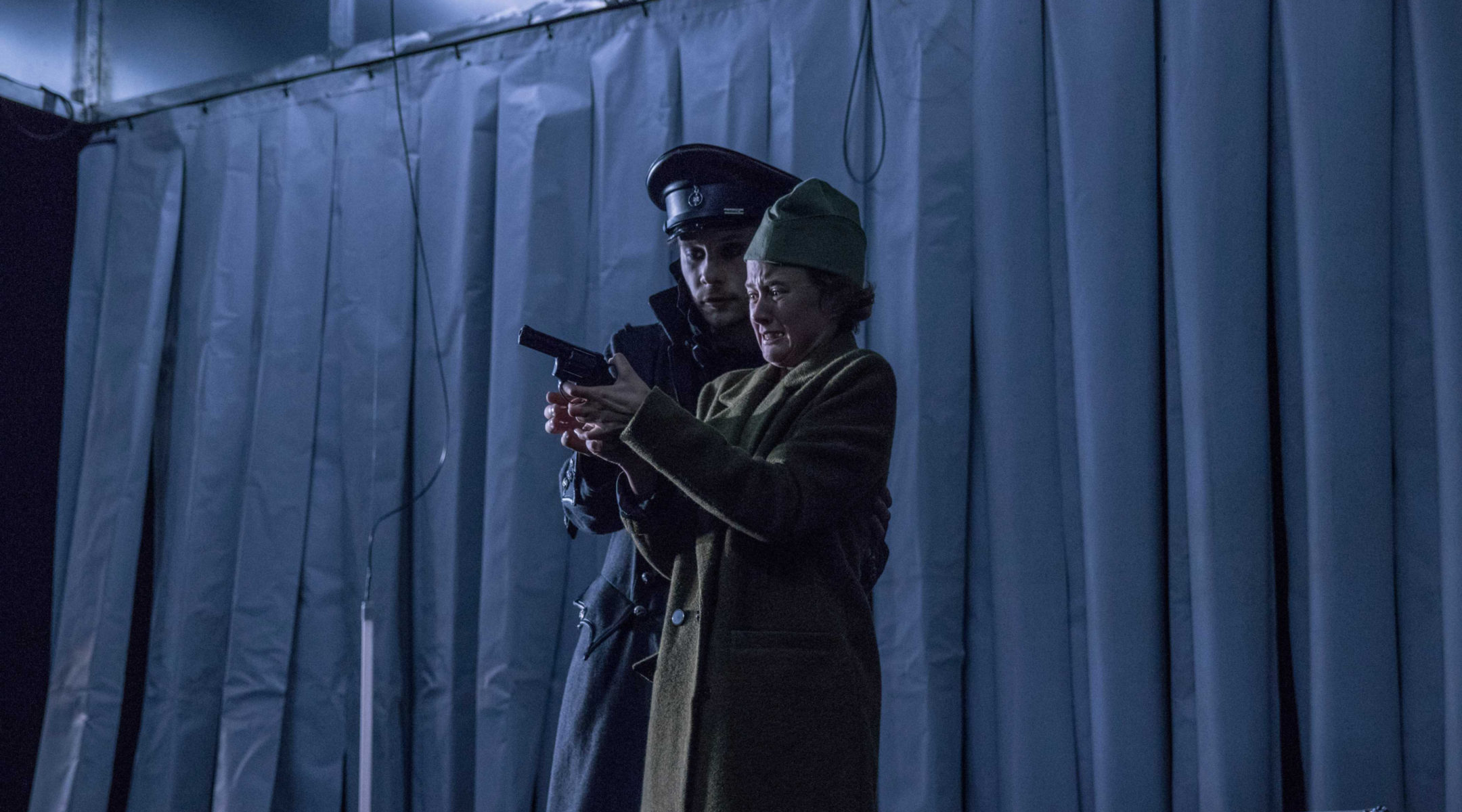 Actors performing the play "Our People" at the Juozas Miltinis Drama Theater in Panevėžys, Lithuania on Nov. 24, 2019. (Arvydo Gudo)
Advertisement

(JTA) — A Lithuanian state theater staged a play about local complicity in the Holocaust, in what commemoration activists called a milestone on the path to recognizing the country’s complete history.

The Juozas Miltinis Drama Theater in Panevėžys, some 70 miles north of Vilnius, staged over the weekend the world premiere of a theatrical adaptation of the 2016 book “Our People” by the Israeli Nazi hunter Efraim Zuroff and the Lithuanian author Ruta Vanagaite. Several hundred people attended the show, which was so controversial that the theater’s former managing director resigned during its production.

The book generated a storm in Lithuania also because in it Vanagaite explored her family’s complicity in the exploitation of murdered Jews. Local complicity is a taboo for many Lithuanians who view their nation solely as a victim of Nazism and communism.

In 2017, Vanagaite’s former publisher, Alma Littera, recalled all her books amid resentment toward her led by ultra-nationalists and some mainstream former politicians.

The agitation against Vanagaite caused her to leave Lithuania, first for Belgium and later to Israel.

The theatrical adaptation begins in the Seventh Fort, a Holocaust-era killing site near Kaunas that is now an events venue despite protests by Jewish groups and activists. The opening scene features a couple inquiring about getting married and hosting a wedding reception on the grounds.

“The fact that a major theater group is putting on this show today shows major progress in the road toward accepting and dealing with the Holocaust history of Lithuania,” Zuroff said.