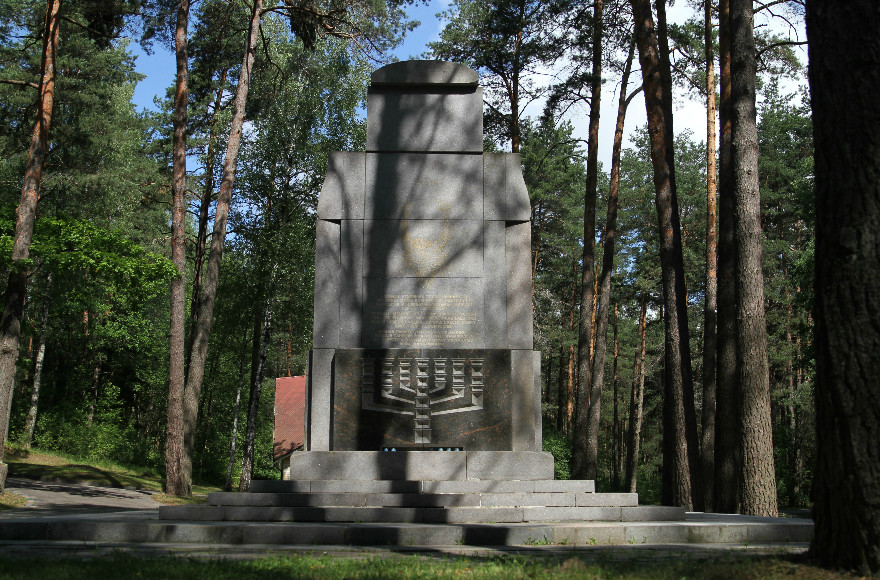 (JTA) — Israel’s ambassador to Lithuania said the European nation’s Holocaust-era history is “an open wound” and called on local patriots to teach history “honestly” because “people have to know what happened here.”

Yosef Levy’s comments Sunday at the start of a seminar in Vilnius for teachers about the genocide are a rare reference by an Israeli official to a polarizing debate in Lithuania, which is one of Israel’s closest allies in the European Union, about the honoring of local collaborators with the Nazis.

The collaborators are being celebrated as heroes because they fought Soviet domination alongside the Germans. But some of them, including Kazys Skirpa and Jonas Noreika, are alleged to have participated in or supported the killing of some 250,000 Lithuanian Jews.

“The most patriotic thing you can do is teach history honestly,” Levy said at the opening of “Learning from the Past – Acting for the Future,” a five-day seminar for dozens of Lithuanian teachers from across the country. “People have to know what happened here. It’s an open wound.”

The seminar, which is unusual in Lithuania, is part of an educational effort that extends to places where teaching about the Holocaust is complicated by politics, according to the event’s organizers at the New York-based Olga Lengyel Institute for Holocaust Education and Human Rights, or TOLI.

After the Vilnius seminar, TOLI will hold another one in Kyiv, Ukraine, where Nazi collaborators are also glorified by the government.

“Our aim is to provide the best resources for educators to teach the Holocaust honestly, openly and credibly,” said Mark Berez, the president of TOLI.