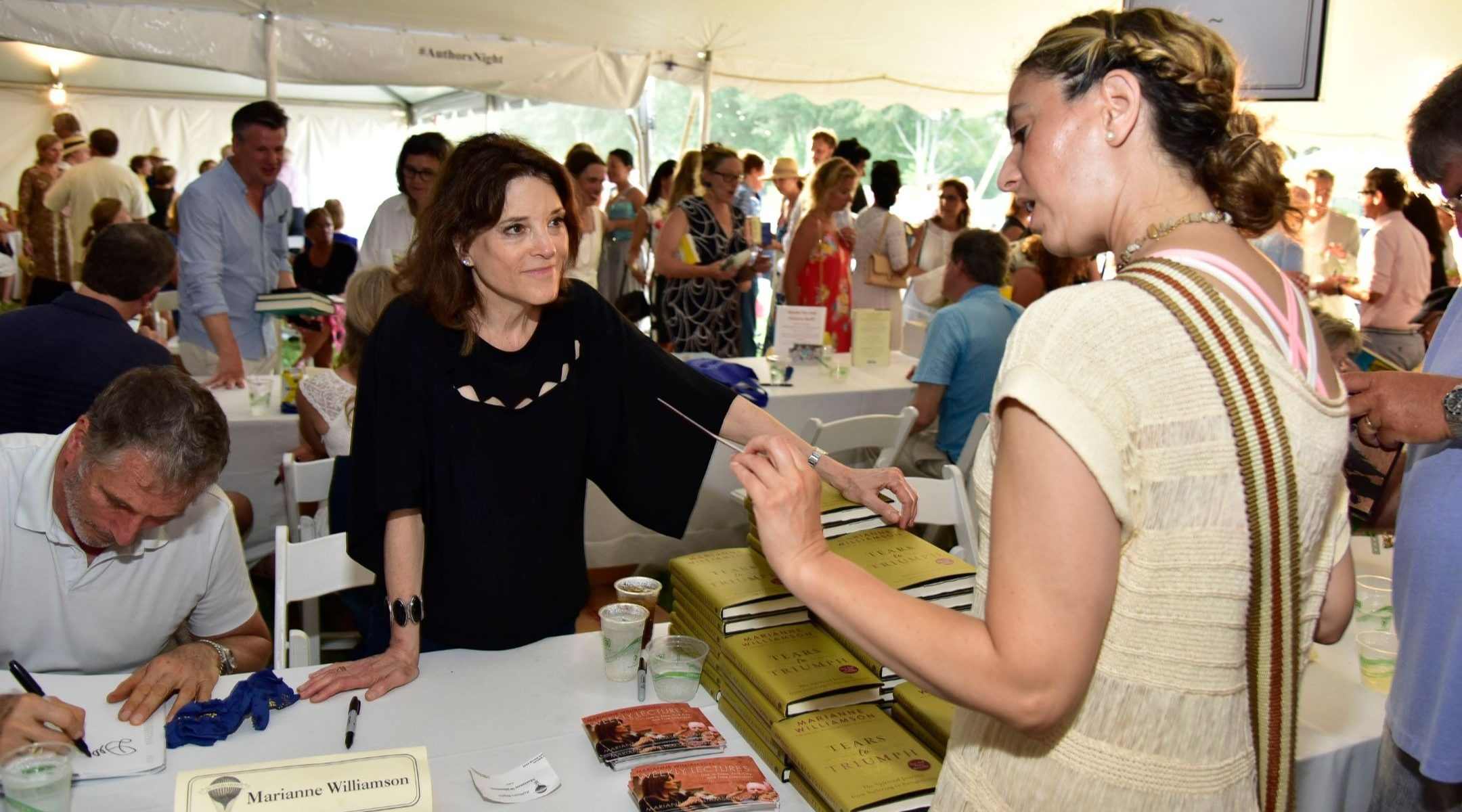 WASHINGTON (JTA) — Marianne Williamson, a Jewish writer and self-help guru running for the Democratic presidential nomination, cited Torah in explaining her New Age teachings and said Holocaust reparations could be a basis for reparations to African Americans for slavery.

In a CNN Town Hall broadcast Sunday from Washington D.C., Williamson, the best-selling author of self-help books including “A Return to Love,” was asked by moderator Dana Bash why, as a Jewish woman, she based her teachings on a Christian text, the 1970s best-seller, “A Course in Miracles.”

“It uses Christian terminology,” she said of “A Course in Miracles,” “but there’s no dogma, there’s no doctrine. It’s not a religion. And the ‘Course in Miracles’ is based on universal spiritual themes that are at the heart of all the great religious teachings of the world. I think if anything it’s made me a better Jew … the basic themes — my favorite — my favorite Jewish principle, there is a part from the Talmud that says the following: ‘Do not be daunted by the enormity of the world’s grief. Do justly, love mercy, and walk humbly.'”

The second half of the quote actually appears in the book of Micah; it is quoted in the Talmud. The first sentence does not appear in Talmud, although sentiments like it are attributed to Rabbi Tarfon in the Talmudic text Pirke Avot.

Williamson is a long shot but has attracted attention in part because she has delved seriously into the topic of reparations for slavery. She said during the Town Hall that money for reparations could come from more equitable taxes and reducing military interventions overseas, but also noted that there were precedents for paying out reparations.

“Germany has paid $89 billion to Jewish organizations since World War II. And in 1988 Ronald Reagan signed the American Civil Liberties Act where all surviving prisoners from the Japanese internment camps during World War II were paid between $20,000 and $22,000,” she said. “It’s simply a debt we owe.”

Germany has paid compensation to more than 800,000 Holocaust victims, mostly through the Conference on Jewish Material Claims Against Germany.