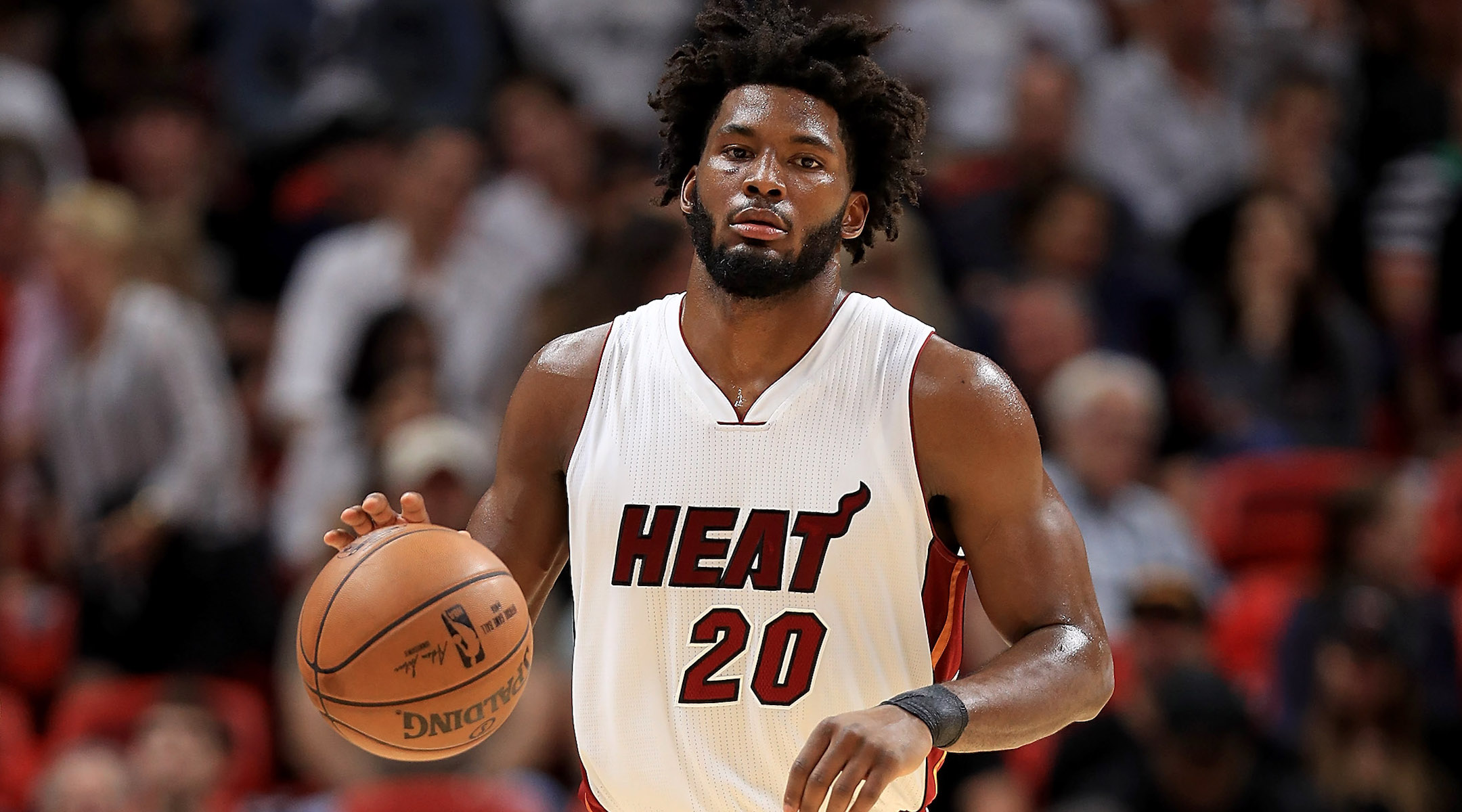 (JTA) — A player for the Miami Heat basketball team honored a Florida Jewish teen who fell nine stories to his death.

Justise Winslow on Thursday wrote “RIP Sammy Farkas” on his black shoes in white marker for a home game against the Boston Celtics.

Farkas, of Miami Beach, was locked out of his family’s ninth-floor condo on Tuesday evening and was trying to climb down the balcony from the floor above when he lost his grip and fell to his death, police told the local media.

His 16th birthday was the following day. Farkas was a sophomore at the Hebrew Academy, a Modern Orthodox school in Miami Beach.

“I heard about it and it’s something I think a lot of people do, especially with the amount of apartments in Miami,” Winslow, who has lived in Miami-Dade County since 2015 when he was drafted by the Heat, told the Miami Herald in the locker room after the Heat’s win. “I know people personally that have done it and looking back at it probably shouldn’t have let them do it or that sort of thing, so it’s just a tough situation, especially for that family.”

Winslow, a 6-5 forward, won a national championship in his only season playing college ball at Duke. The 22-year-old is a native of Houston.