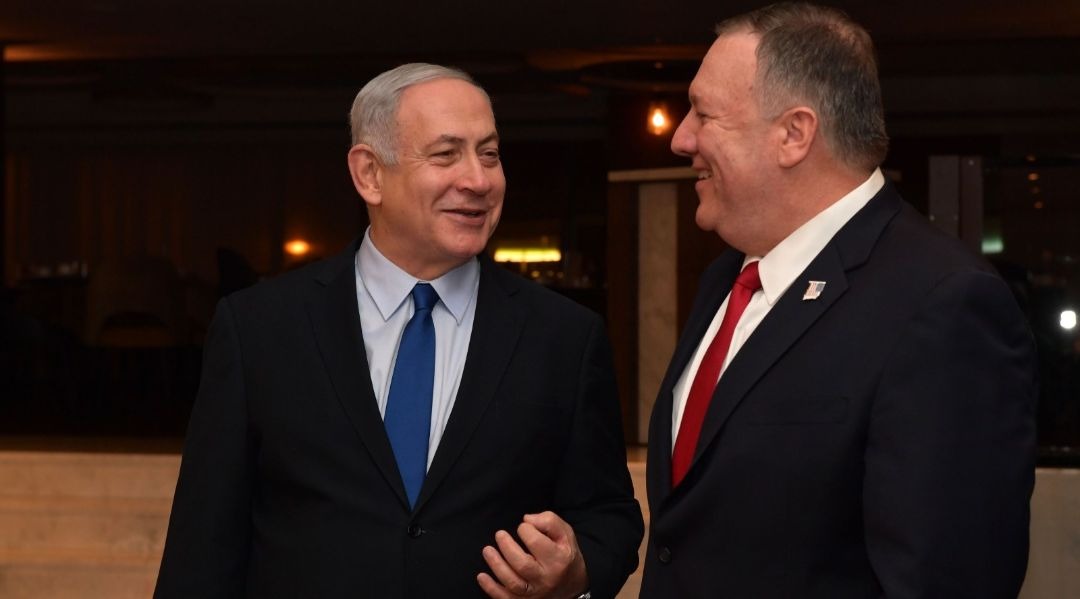 JERUSALEM (JTA) — Secretary of State Mike Pompeo lashed out at 106 Democratic lawmakers who wrote to him criticizing the Trump administration’s recent determination that Israel’s West Bank settlements are not illegal.

In a letter to the Congress members and published in The Jerusalem Post, Pompeo described their concerns as “foolish” and accused former President Barack Obama of betraying the Jewish state.

The letter derided claims that his statement that “the establishment of Israeli civilian settlements is not per se inconsistent with international law” was a reversal of longtime American policy and harmed the prospects for a negotiated solution to the Israeli-Palestinian conflict.

Last month, the lawmakers wrote to Pompeo arguing that the announcement, in the aftermath of the White House decision to move the U.S. Embassy to Jerusalem, recognize Israeli sovereignty on the Golan Heights and close the Palestinian mission in Washington, D.C., had “severely damaged prospects for peace, and endangered the security of America, Israel, and the Palestinian people.”

The lawmakers also asserted that the new policy on settlements violated international law.

In his response, Pompeo said the State Department “did not reverse any policy” but rather “reversed a legal determination by Secretary [John] Kerry” that he said had been made “in an failed attempt to justify the Obama Administration’s betrayal of Israel” by allowing the passage of a U.N. Security Council resolution condemning Israeli settlement.

“While you are free to fixate on settlements as a barrier to peace, you are simply wrong in referring to that view as being subject to bipartisan agreement,” he wrote, adding that the resolution and “self-justifying remarks by Secretary Kerry have saddled the Trump Administration with a significant handicap in advancing the cause of peace by erroneously injecting into the conflict an incorrect and largely irrelevant legal component” that had caused the Palestinians to harden their positions.