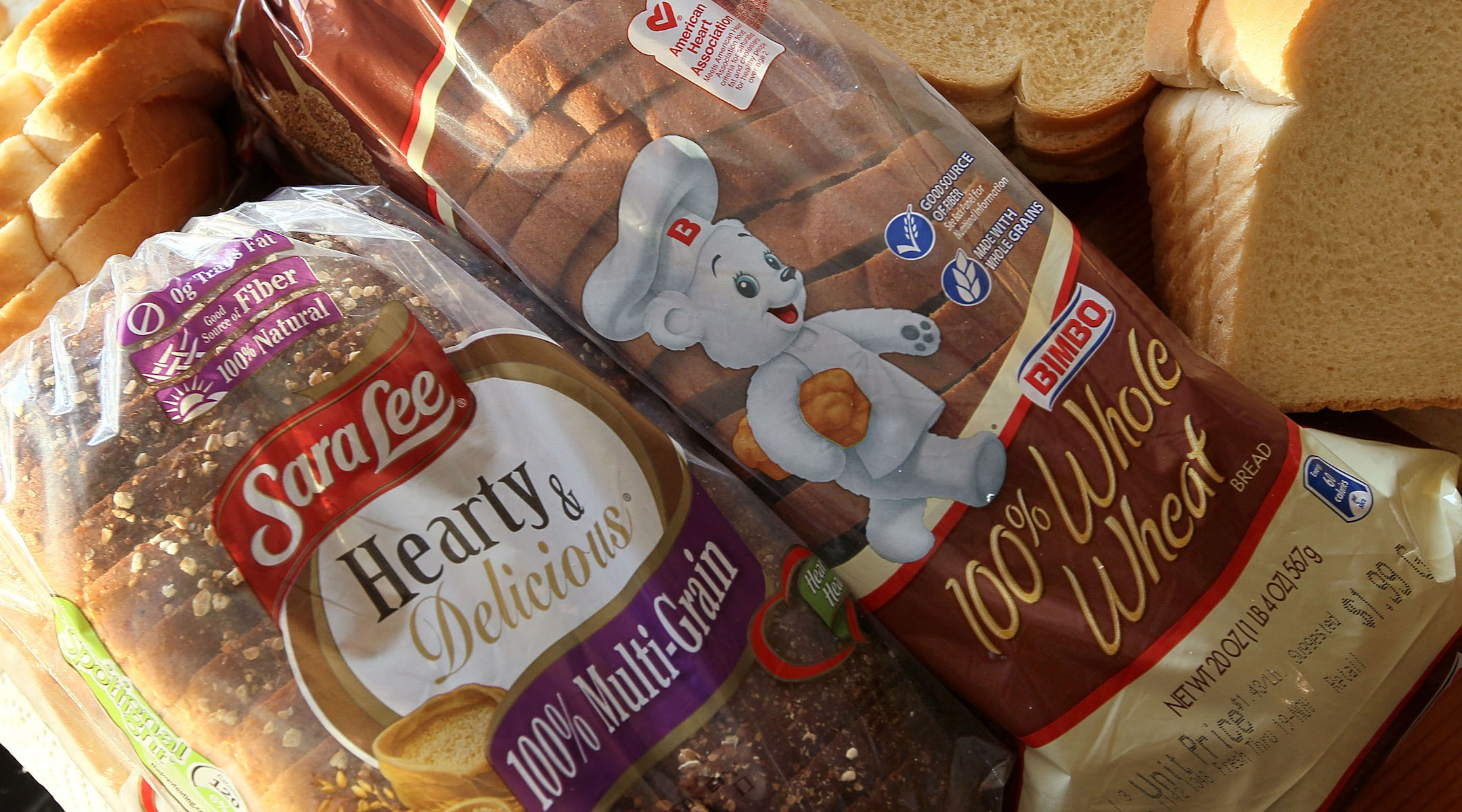 Sara Lee and Bimbo bread products are displayed together in a Chicago store in 2010. (Scott Olson/Getty Images)
Advertisement

(JTA) — In a reversal, the largest baking company in the United States will be keeping kosher certification on nearly all of its bread and rolls.

Bimbo Bakeries USA was set to remove kosher certification from major bread labels like Arnold and Sara Lee this year, but will no longer be doing so. The reversal comes after talks with the two kosher agencies that certified the bread, the Orthodox Union and Kof-K.

“After hearing from our loyal kosher consumers and after productive meetings with our kosher certifiers, Bimbo Bakeries USA is pleased to announce that we will once again be offering kosher products under the Arnold, Sara Lee and Ball Park brands,” the company announced, according to an article Thursday in The Jerusalem Post.

Officials at the kosher agencies told JTA last year that Bimbo bread labels — they also include Stroehmann, Freihofer’s and others — were crucial for consumers outside major Jewish population centers who want kosher-certified bread.

Two of Bimbo’s other brands, Entenmann’s and Thomas, also will still be certified kosher.

Bimbo Bakeries USA is the U.S. division of Grupo Bimbo, the Mexican company that is the world’s largest bakery. The company, whose name is pronounced “Beem-bo” and is derived from the Italian word “bambino,” capped an aggressive move into the U.S. market with its 2011 acquisition of the Sara Lee Corp.