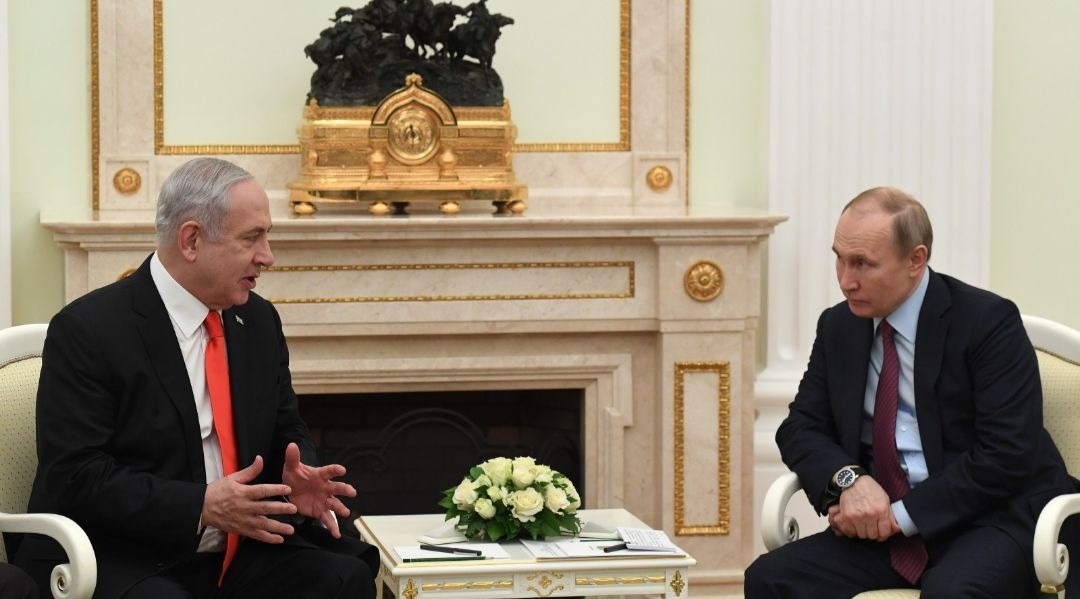 JERUSALEM (JTA) — Israeli Prime Minister Benjamin Netanyahu flew from Washington to Moscow, where he met with Russian President Vladimir Putin to fill him in on the details of the Trump administration’s Mideast peace plan.

Following the meeting on Thursday morning, Netanyahu and his wife, Sara, greeted Naama Issachar, the American-Israeli woman jailed for nearly a year in Russia after being convicted of drug smuggling. She was released on Thursday morning after receiving a pardon the previous day from Putin.

Israel said Russia granted the pardon as a friendly gesture to the United States and that Israel did not give anything to Russia in exchange.

Issachar, 26, and her mother Yaffa, returned to Israel with Netanyahu later on Thursday and were greeted by throngs of supporters at Ben Gurion International Airport.

Netanyahu and Putin discussed the situation in Syria, including the gradual elimination of an Iranian presence there, and how to rebuild Syria at the end of its years-long civil war, according to reports.

“I would like to thank you on behalf of the people of Israel for your quick decision to give a pardon to Naama Issachar,” Netanyahu told Putin, according to a statement from the Prime Minister’s Office. “This moves all of us and our gratitude is on behalf of all Israeli citizens, from the heart.”