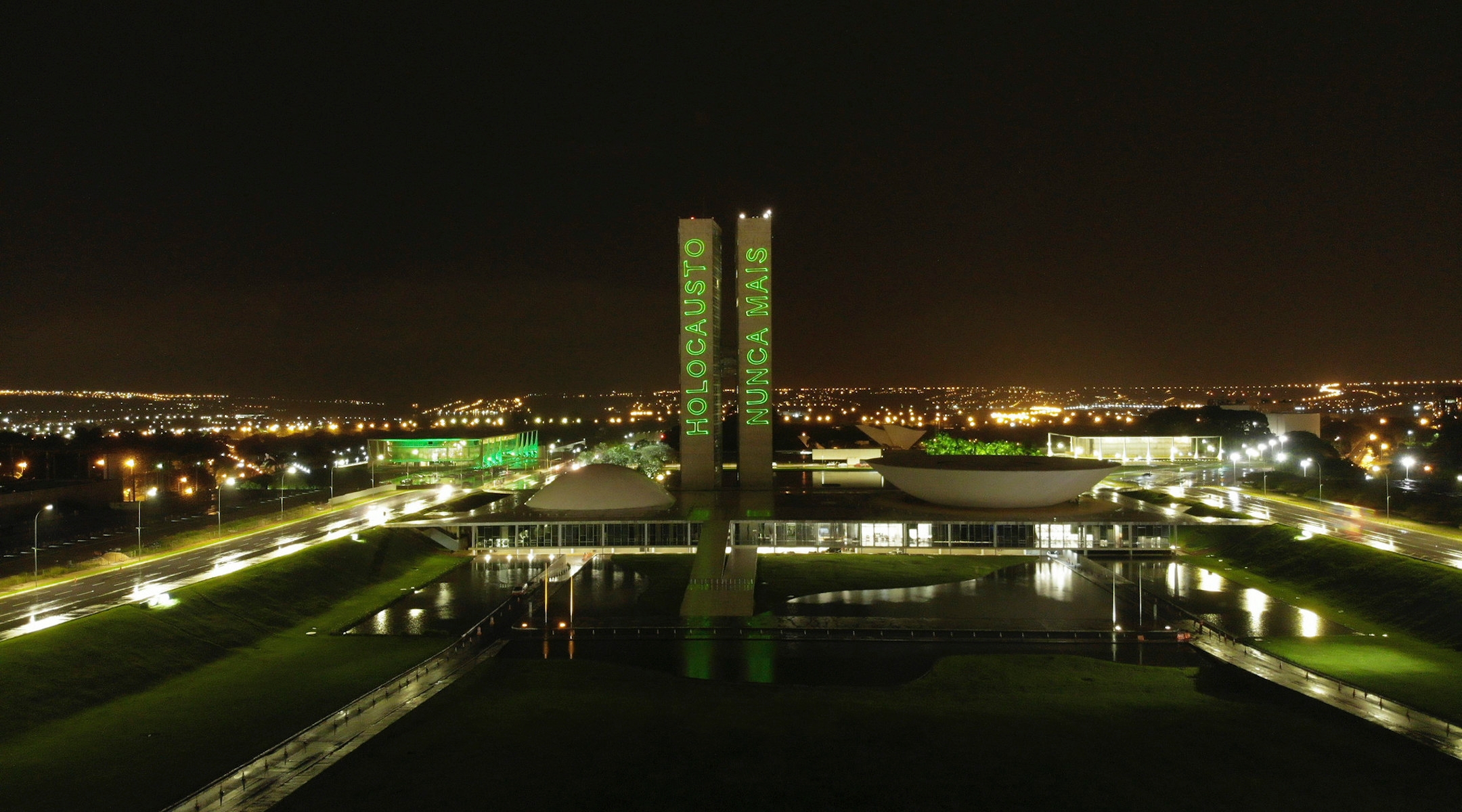 The message covered the 300-foot-high facade of both 28-story twin towers of the Congress, the capital city Brasilia’s most famous landmark, for four hours on Monday night.

Thousands attended online Yom Hashoah ceremonies held by the Jewish federations in both Rio and Sao Paulo, where three-quarters of the country’s 120,000-strong Jewish community lives.