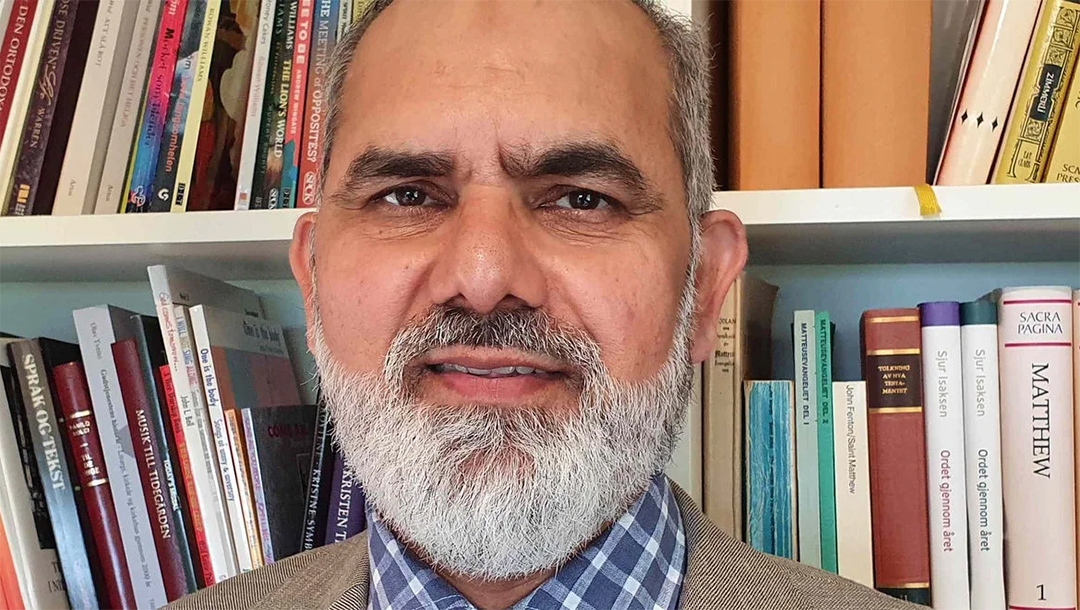 In one Facebook post from 2019, Imam Noor Ahmad Noor wrote that Jews "put the world in danger" and it is "necessary to kill them." (Kirkelig Dialogsenter)
Advertisement

(JTA) — A Muslim imam in Norway who has led interfaith dialogue projects has made antisemitic statements on Facebook, including on how Jews are dangerous and “should be killed,” for years.

The Norway branch of Minhaj-ul-Quran, an international Muslim organization that is considered moderate and geared toward outreach, suspended Noor Ahmad Noor indefinitely on Monday following an expose published last week by the Vartland newspaper on his antisemitic statements. Noor had served for years as the branch’s director.

Police have launched an investigation into his remarks.

In one post from 2019, Noor wrote that Jews “put the world in danger” and it is “necessary to kill them.”

In a short statement to the Norwegian media, Noor said: “My posts were published in frustration over attacks in Gaza. Innocent children and women were killed. My criticism and frustration should have been directed at the regime. And not against a group of people. I apologize.”

As director of Minhaj-ul-Quran, he has participated in meetings and projects with top government officials, including Cabinet ministers and Ivar Flaten, head of the Church Dialogue Center in Drammen, the Norwegian city where Noor lives.

Flaten initially defended Noor to Vartland, arguing dialogue occurs amid disagreements, but has since called the remarks “unacceptable, shocking.”

In statement, Minhaj-ul-Quran wrote: “These are attitudes and values we have zero tolerance for as a religious community. This is contrary to what we have been working for for decades.”