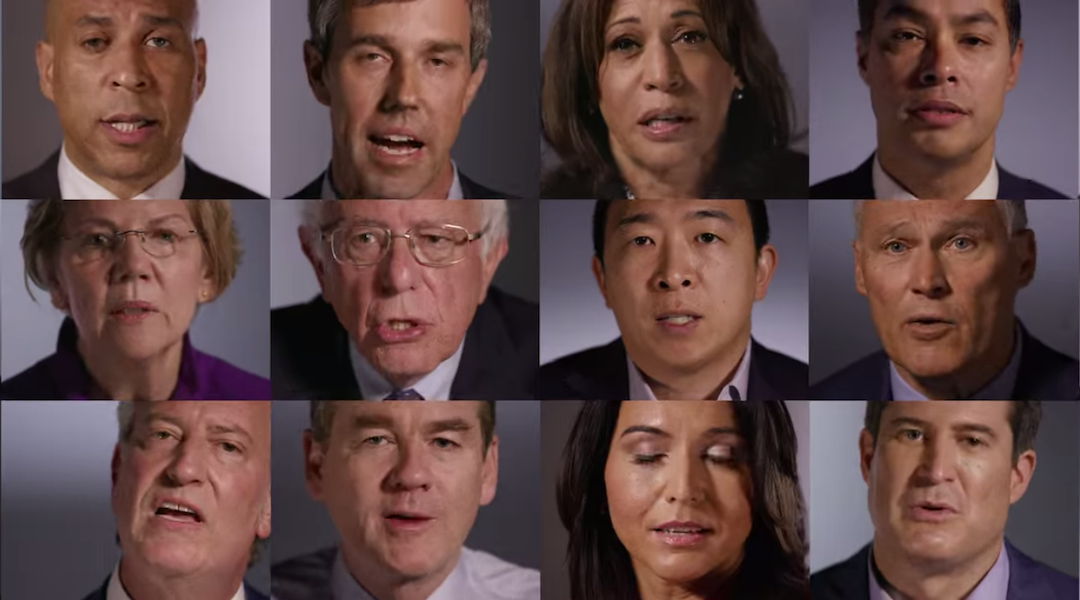 The New York Times solicited views on Israel from almost all of the Democratic presidential candidates. (Screenshot from New York Times)
Advertisement

(JTA) — The New York Times surveyed almost all of the Democratic presidential candidates on a range of issues between March and June, and released the results on Wednesday. One of the questions: “Do you think Israel meets international standards of human rights?”

Some candidates directly answered the question, but most used it as an opportunity to affirm their support of a two-state solution. There were a couple of notable exceptions.

“That’s not just my opinion, that’s from listening to people in Israel say that about their own country,” O’Rourke said.

Sen. Bernie Sanders of Vermont has made similar statements recently about Israel’s treatment of the Palestinians. But he spoke more generally when posed the question by The Times, saying that he has “great concerns about Netanyahu.”

Seth Moulton, a member of the House from Massachusetts, said that Israel needs to be held more accountable to human rights standards. Michael Bennet, a senator from Colorado, called Israel the “one essential country on the planet.” His mother is a Holocaust survivor.

Former vice president Joe Biden, the current frontrunner in the field according to recent polls, declined to participate in the project.

Check out the full results, including video of each candidate, here.