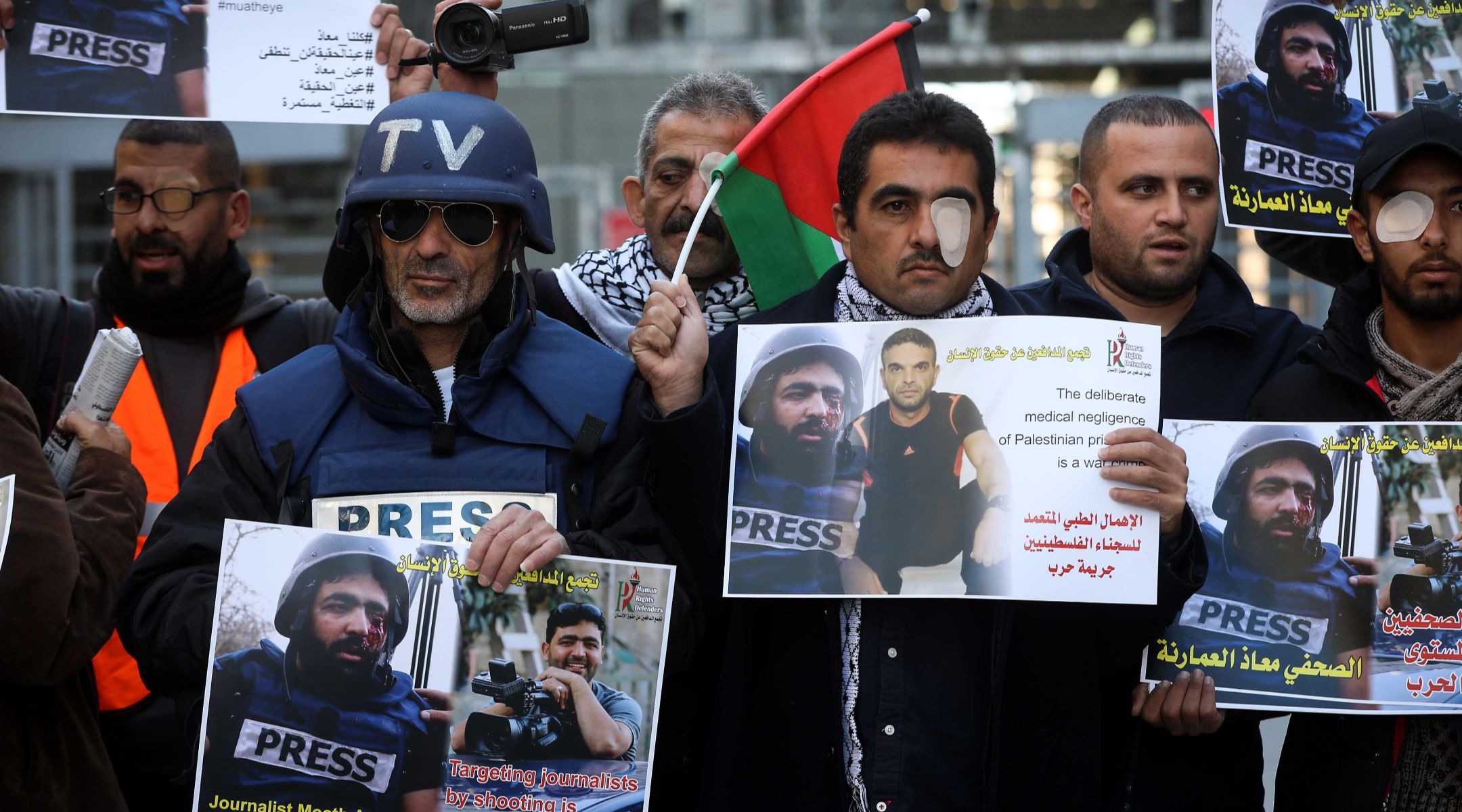 Supporters of Palestinian photographer Muad Amarna, who was hit in the eye with a bullet during clashes between Israeli border police and Palestinian demonstrators in the village of Surif near Hebron, demonstrate in front a West Bank Israeli checkpoint on Nov. 18, 2019. (Wisam Hashlamoun/Flash90)
Advertisement

JERUSALEM (JTA) — A Palestinian photographer has lost his sight in one eye after he was hit in the eye with a bullet fired by an Israeli border policeman.

Muad Amarna was wearing a bullet-proof vest with the label “Press” and a helmet while covering a demonstration in a Palestinian village near Hebron on Friday.

He said he was standing apart from a group of Palestinian youths throwing rocks at police to remain out of the line of fire, Haaretz reported. He was hit by a bullet that ricocheted off the ground, other photographers said.

A police statement said that “Security forces confronted dozens of lawbreakers, some of them masked, who were throwing stones and burning tires. The forces used riot-dispersal methods in accordance with procedure after obtaining the necessary permission. The photographer was not targeted and his injury may have resulted from his proximity to the violent demonstrators. … We wish the photographer a speedy recovery and call on journalists who cover violent incidents to do so without compromising their safety in complex and violent locations of this kind.”

Following the incident, photo journalists from around the world posted on social media photos of themselves with one eye covered by a patch.