Paris to name a street for Sarah Halimi 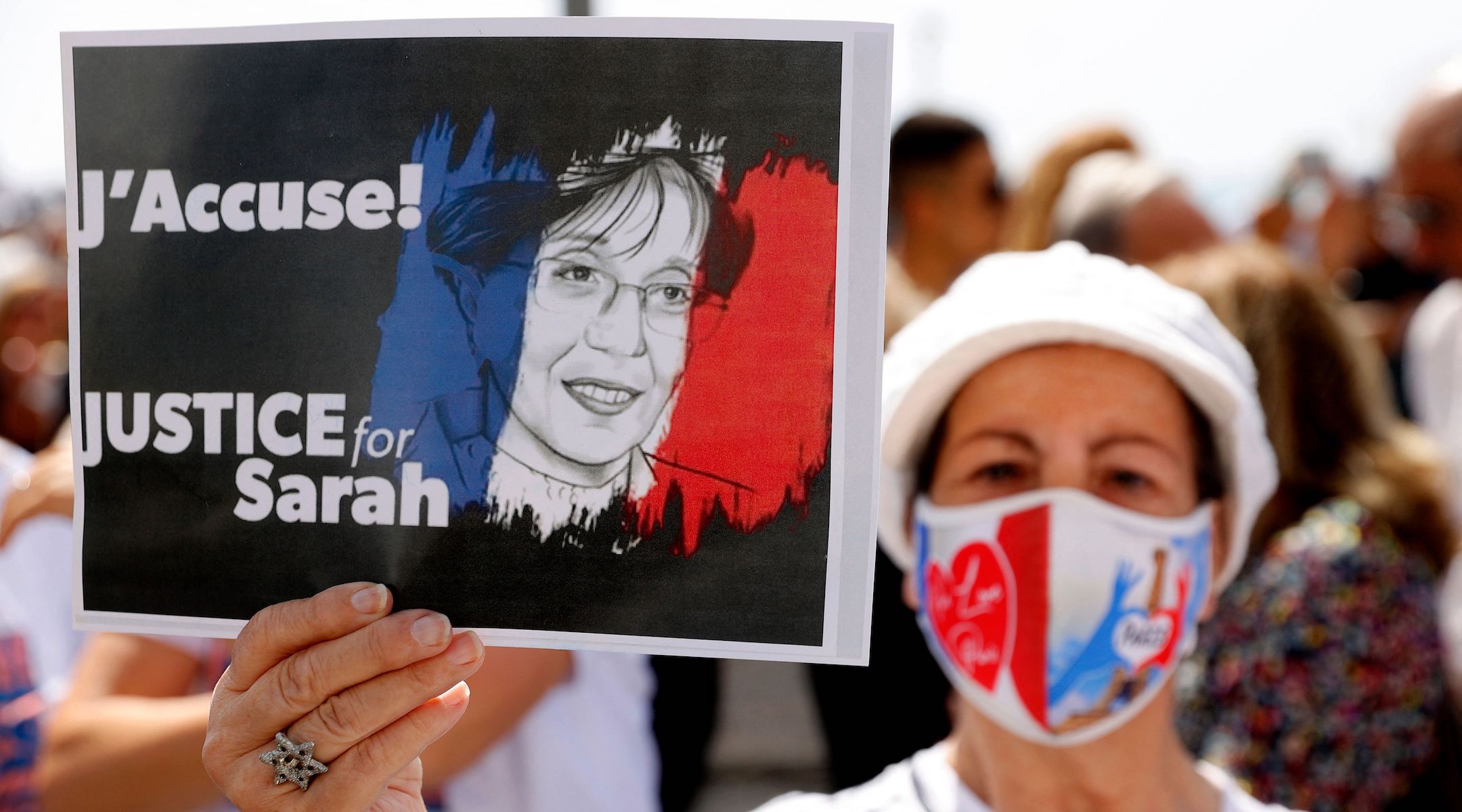 A woman holds up a sign during the day of rallies around the world protesting the French judicial system's handling of the Sarah Halimi case, April 25, 2021. (Jack Guez/AFP/Getty Images)
Advertisement

(JTA) — Paris will soon inaugurate in its historic Jewish quarter a street named for Sarah Halimi, Mayor Anne Hidalgo said amid protests over authorities’ handling of the killing.

Hidalgo made the announcement on Sunday following a rally by about 20,000 people, mostly Jews, who demonstrated against the April 14 ruling by France’s highest court on the 2017 slaying.

“We need to honor Sarah Halimi’s memory. And that’s what we’ll do,” Hidalgo said in a statement, France3 reported Tuesday. “There will be a Sarah Halimi Street. It will be a way of achieving justice for her.”

The street will be in the 4th District, also known as the Marais, which before the Holocaust was the heart of Jewish life in Paris.

Halimi’s killer, a 31-year-old Muslim man with a history of antisemitic behavior, will not stand trial because the high court ruled that the  marijuana he had smoked before the murderous attack made him temporarily psychotic. Previous rulings had found that the killer, Kobili Traore, was motivated partly by his hatred of Jews.

In 2011, Paris inaugurated a memorial garden for Ilan Halimi, a French Jew (not related to Sarah) who in 2006 was kidnapped, tortured and murdered by a gang of criminals because he was Jewish. Jihadist literature and Hamas propaganda were retrieved at the homes of some of the conspirators. The gang’s leader was given a life sentence and more than a dozen others were sent to prison.