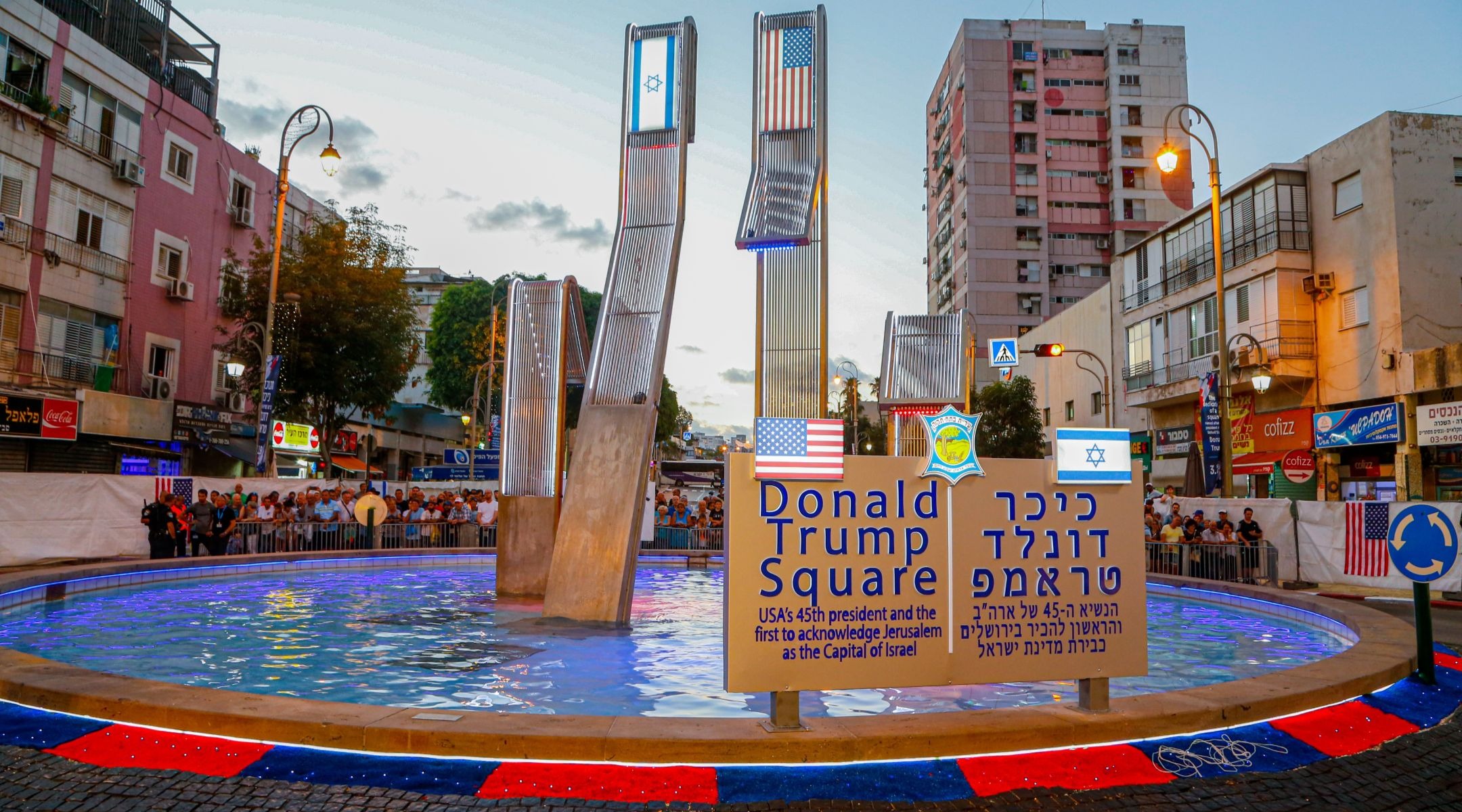 The square in the Israeli city of Petach Tikvah is named in honor of President Donald Trump, July 3, 2019. (Roy Alima/Flash90)
Advertisement

Donald Trump Square was inaugurated on Wednesday to thank Trump for his support of Israel, especially the president’s recognition of Jerusalem as the capital of Israel.

The square is located near the city’s municipal building and includes a fountain with an illuminated sculpture incorporating the Israeli and American flags.

“Israel never had a president who is as supportive and helpful as U.S. President Donald Trump,” Petah Tikvah Mayor Rami Greenberg said at the unveiling of the small piece of real estate on Wednesday. “It is only fitting to name a major square in the fourth-largest Israeli city after him.”

A sign at the square calls Trump “the first to acknowledge Jerusalem as the Capital of Israel.”

Last month, Israeli Prime Minister Benjamin Netanyahu named a new community on the Golan Heights after the president to thank him for recognizing Israel’s sovereignty over the territory.

Former Transportation Minister Yisrael Katz said last month that a train stop in the Old City of Jerusalem would be named for Trump.

David Friedman, the U.S. ambassador to Israel, did not attend the ceremony but did send a personal message saying that “President Trump deeply cares about Israel, am and it is clear to him Israelis understand and value this, and know these feelings are mutual.”