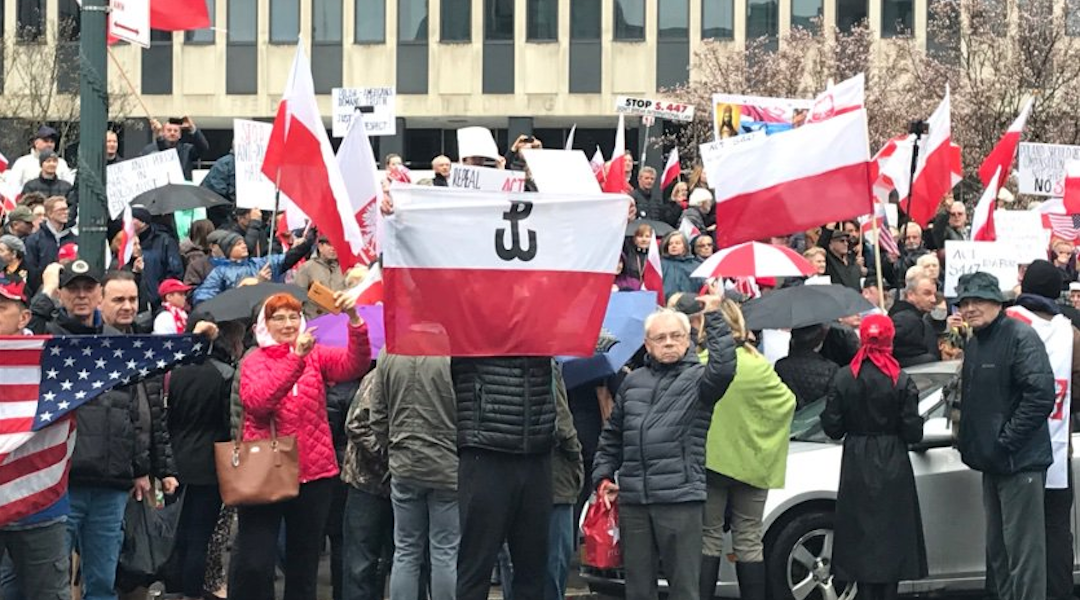 Hundreds of people participated in the protest on Sunday in Foley Square and some employed anti-Semitic rhetoric. One protester held a sign calling to the “stop Holocaust industry,” while others questioned how many Polish Jews were killed during World War II, according to author Molly Crabapple, who posted photos from the event on Twitter.

There was a Polish nationalist demostration in Foley Square today that denied any Polish complicity with the Holocaust.

One demonstrator waved a dollar bill to taunt Jewish counterprotesters

One protestor told Crabapple that the Jews of Warsaw were “mostly killed by other Jews.”

They were protesting a law, which President Donald Trump signed last year, called the Justice for Uncompensated Survivors Today Act.

The measure requires the State Department to report on how certain European countries have progressed in returning wrongfully confiscated or transferred Holocaust-era assets. It does not mention Poland specifically, but Poland is the only European country that has not passed laws to compensate those who lost their property and other assets during World War II.

Last year, the Polish Senate passed legislation that criminalizes accusing the Polish state of the crimes committed by the Germans during World War II.