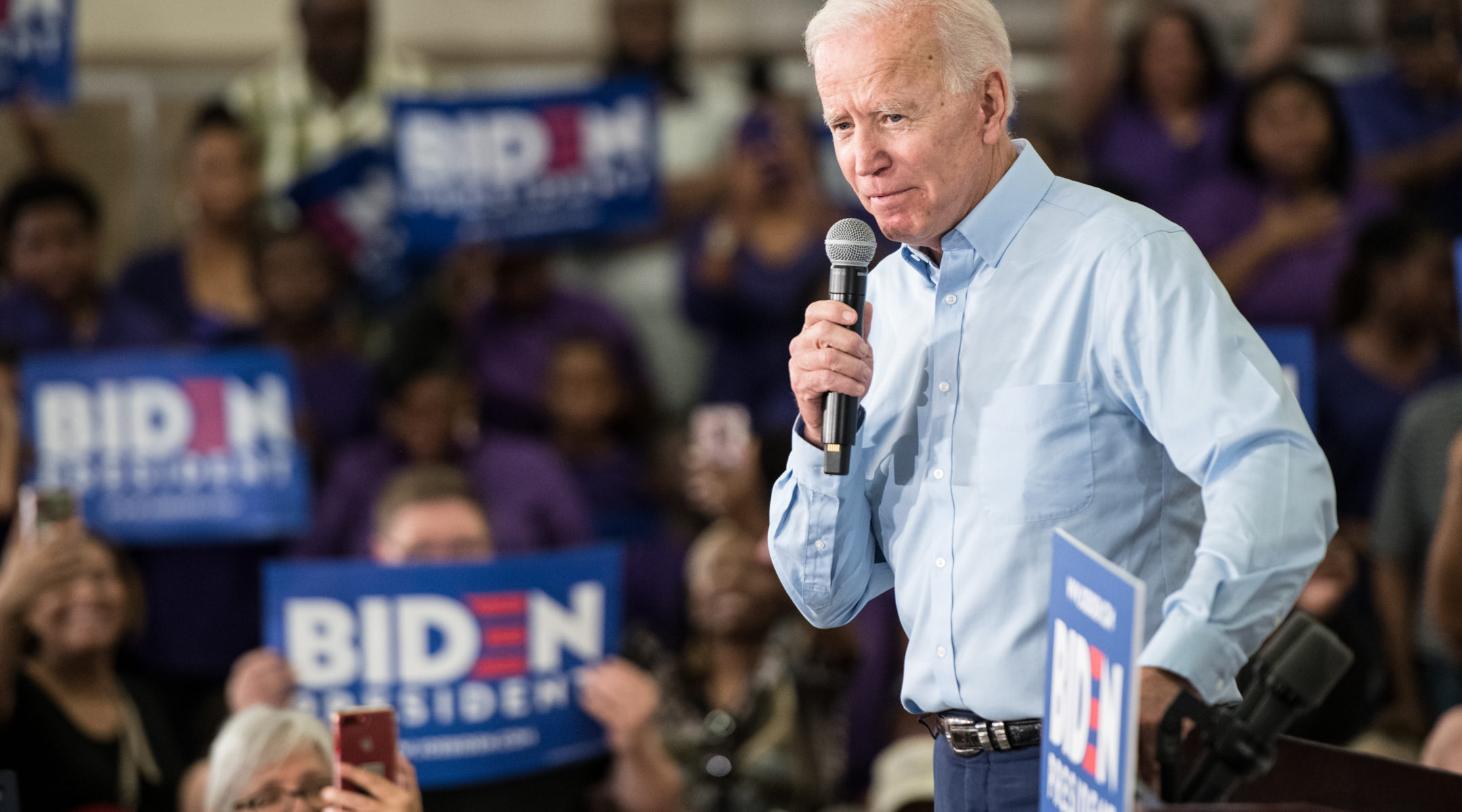 In the survey conducted by Morning Consult, 47.1 percent of Jewish registered voters planning to vote in a Democratic primary or caucus cite Biden as their first choice, while 11.1 percent favor Sanders, who is Jewish.

Pollsters interviewed 15,770 registered voters who are planning to vote in a Democratic primary or caucus, 581 of whom identified as Jewish, between April 29 and May 5. The margin of error is 1 percentage point. 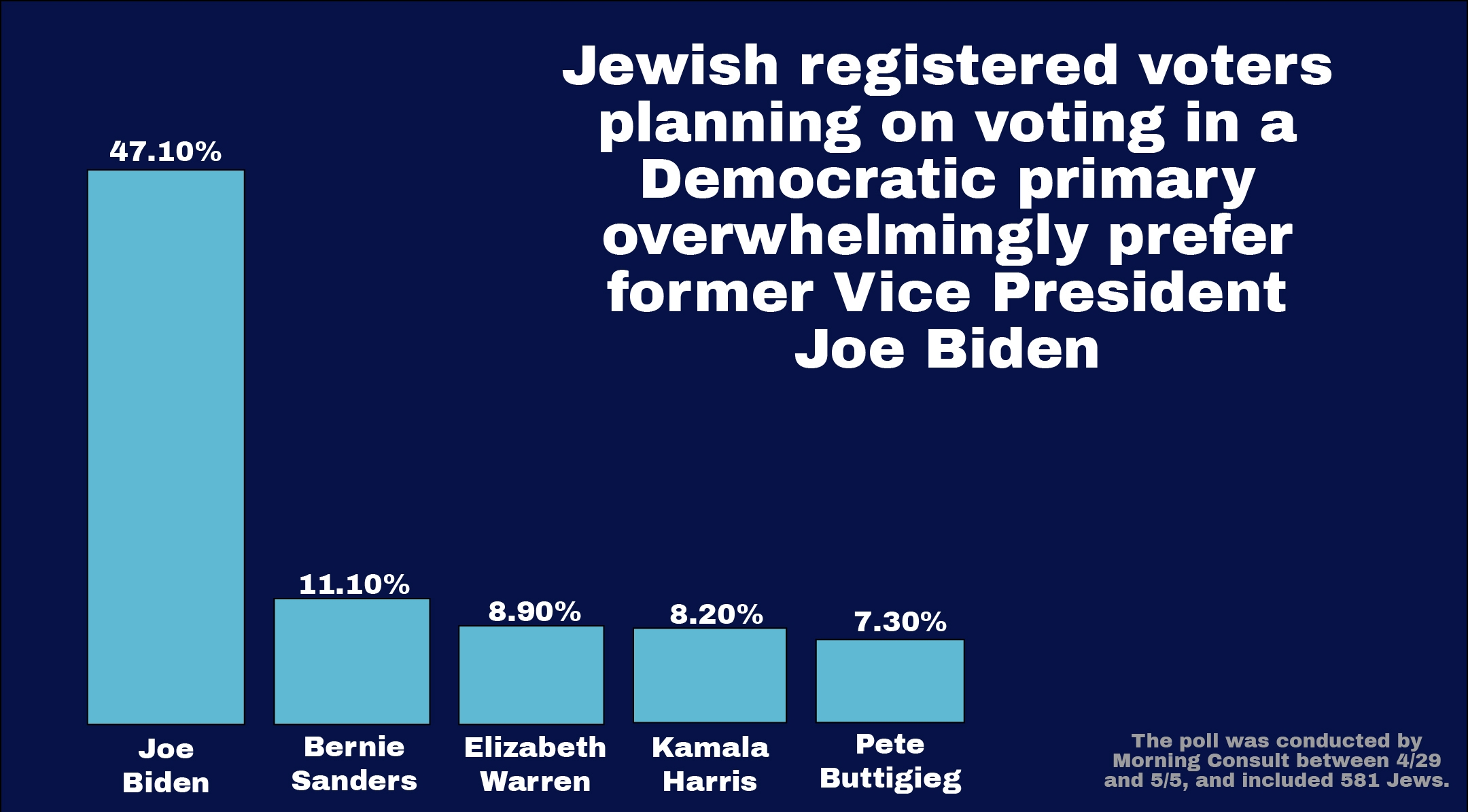 47.10 percent of Jewish voters planning on voting in a Democratic primary cite Joe Biden as their top choice. (Graphic by Laura E. Adkins for JTA)

Biden, first elected senator in 1972, has cultivated close ties with the American Israel Public Affairs Committee, and appeared to weather the pro-Israel community’s tensions with the Obama administration over the Iran nuclear deal and other disagreements.

Sanders, an independent and self-described “democratic socialist,” has defended Israel from attacks by the left but is also frequently critical of its current right-wing government.