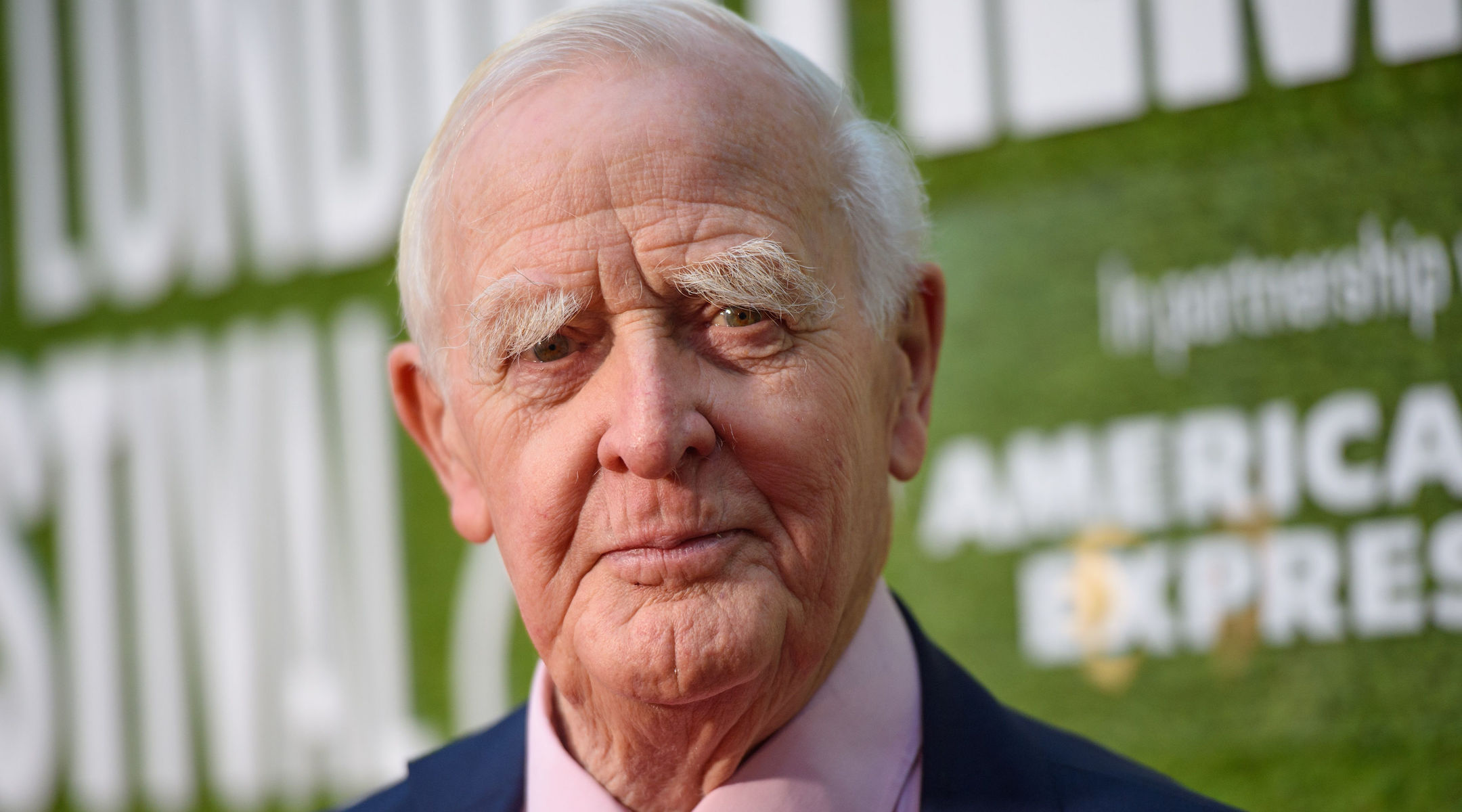 Novelist John Le Carré is one of the celebrities who signed a letter saying they will not vote for Labour in upcoming elections. (Matt Crossick/PA Images via Getty Images)
Advertisement

(JTA) — Two dozen prominent Brits — including Wikipedia founder Jimmy Wales, novelist John le Carré, author Fay Weldon and actress Joanna Lumley — said Thursday that they will not be voting for the British Labour Party in elections next month because of the party’s ongoing anti-Semitism controversy.

“The coming election is momentous for every voter, but for British Jews it contains a particular anguish: the prospect of a prime minister steeped in association with antisemitism,” a letter they signed in The Guardian reads. “Opposition to racism cannot include surrender in the fight against antisemitism. Yet that is what it would mean to back Labour and endorse [Jeremy] Corbyn for Downing Street.”

Labour leader Jeremy Corbyn has been dogged for years by accusations that he allows anti-Semitism in the party’s ranks, and some have argued that his past connections to anti-Israel figures and groups prove that he is anti-Semitic.

Prime Minister Boris Johnson has the lowest approval rating of any British leader in over 40 years, but his Conservative Party is still projected to defeat Corbyn’s in the Dec. 12 balloting.

“The path to a more tolerant society must encompass Britain’s Jews with unwavering solidarity,” the letter continues. “We endorse no party. However, we cannot in all conscience urge others to support a political party we ourselves will not. We refuse to vote Labour on 12 December.”