Robert Singer steps down as head of World Jewish Congress 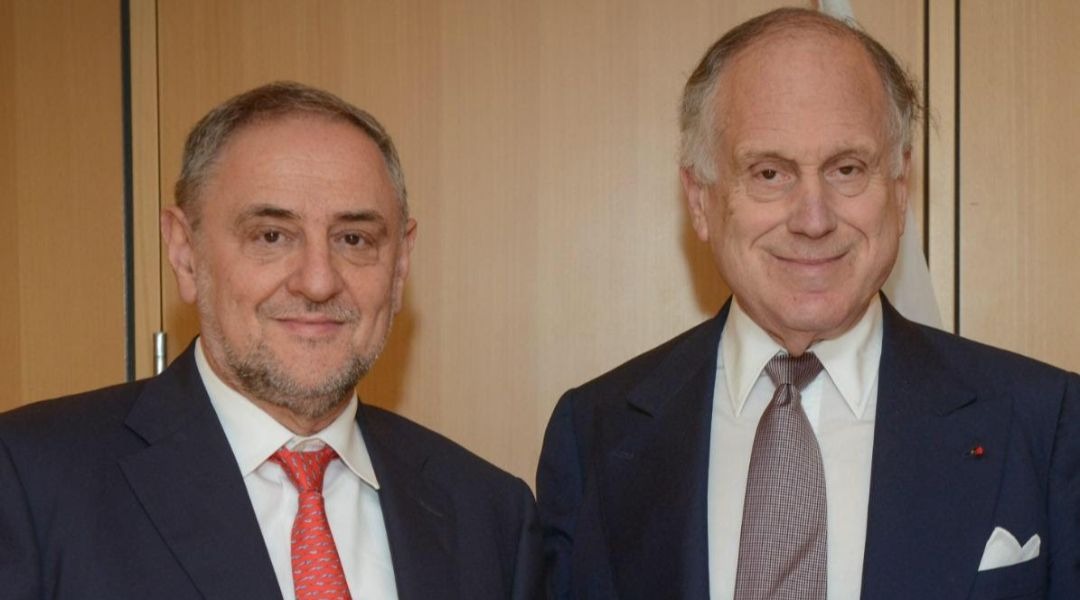 Robert Singer, who is stepping down as CEO of the World Jewish Congress, and the organization' president, Ronald Lauder. (Shahar Azran)
Advertisement

(JTA) — Robert Singer will step down as secretary general and CEO of the World Jewish Congress.

He will become a Special Advisor to the President of the World Jewish Congress through the end of  2019, Singer and WJC President Ronald Lauder said in a statement.

Singer became the top professional at the international organization in January, 2013. He previously served as director general and CEO of World ORT, an education and vocational training nongovernmental organization. Previously he had worked in the Israeli Prime Minister’s Office for 12 years.