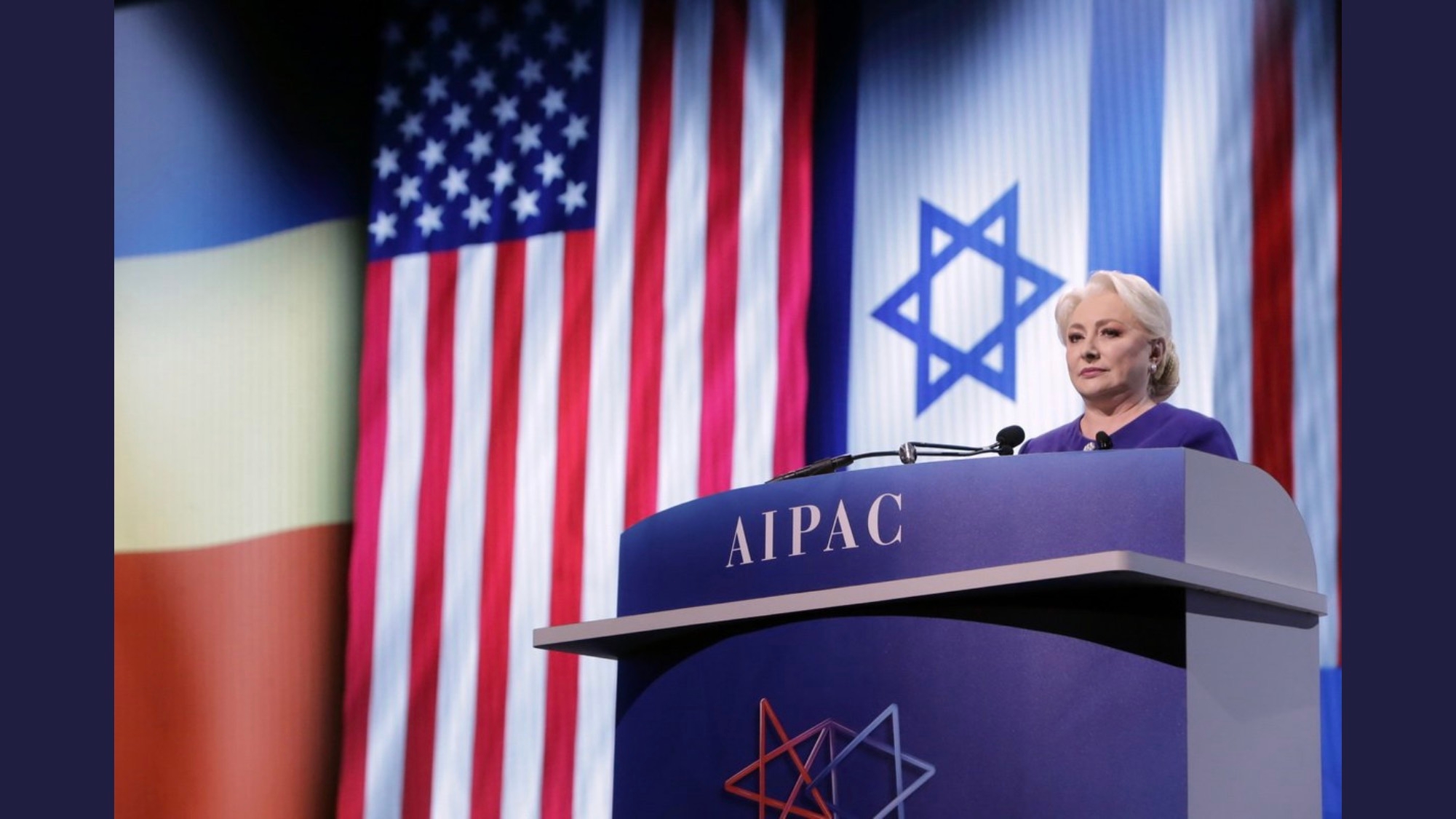 Dăncilă, who said addressing AIPAC on Sunday that she “admired” President Donald Trump for moving the U.S. embassy last year, did not name a deadline.

“I, the Prime Minister of Romania, and the government I run will move our embassy to Jerusalem the capital of the state of Israel,” she said to a standing ovation.

She said that Romania also would extend citizenship to descendants of Jews forced out during the communist period, would create special compensations for Romanian Holocaust survivors, and would open up the archives to the country’s Jewish community so that historians can better research the treatment of the Jews during the Holocaust and the communist period.

Romanian President Klaus Iohannis later walked back his prime minister’s statement, telling a reporter from the French news agency AFP that  “The final decision about moving the embassy from Tel Aviv to Jerusalem rests with me. The prime minister shows complete ignorance regarding foreign affairs.”

The United States moved its embassy to Jerusalem from Tel Aviv last May. Guatemala followed suit two days later. Government officials from several countries, including the Czech Republic, Lithuania, Australia and Brazil, have expressed interest in moving their embassies to Jerusalem.

Hungary last week opened a diplomatic trade mission in Jerusalem, which is considered a branch of the Hungarian Embassy located in Tel Aviv. At the AIPAC conference, Honduras President Juan Orlando Hernández Alvarado announced a similar measure, announcing the establishment of a “diplomatic mission” in Jerusalem that would “extend” the country’s Tel Aviv embassy into the capital.