In memoir, Sarah Huckabee Sanders tells how she came to love her polar opposite — ‘a liberal, aggressive, foulmouthed Jew from New York City’ 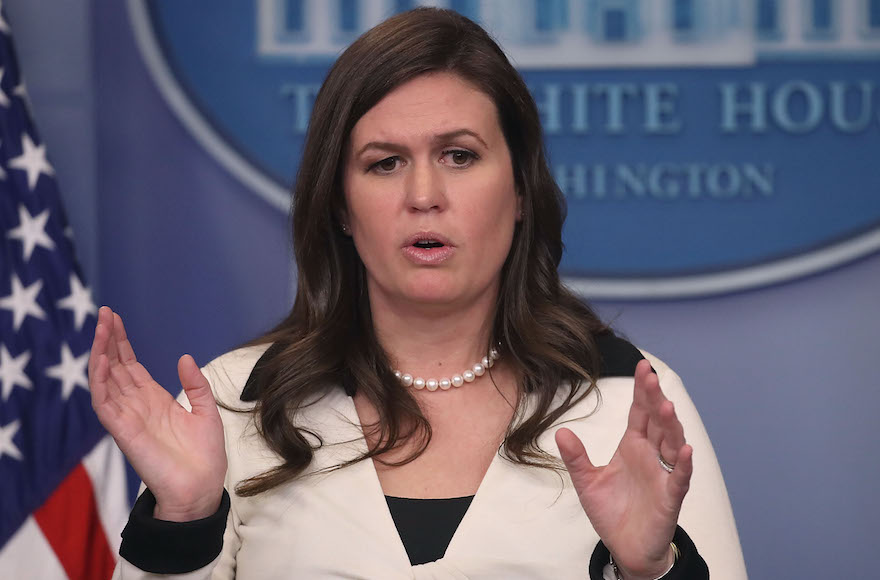 Sanders says she and Josh Raffel, a senior White House communications official in 2017 and 2018, later became good friends. He also was a spokesperson for Jared Kushner and Ivanka Trump.

The book, which is due out next week, is quoted in a report in Jewish Insider.

Sanders said she did not know Raffel before he started working at the White House.

“He was a liberal, aggressive, foulmouthed Jew from New York City who had spent most of his career working in Hollywood. I was pretty much his total opposite,” she wrote in the book, according to Jewish Insider.

Sanders also wrote that “despite our differences, I had grown to love Josh. He is one of the funniest people I know, intensely loyal, and probably the most talented communications strategist I’ve ever worked with. Nobody in the White House could work a story better than Josh, and he was always one of the first colleagidues I turned to for help on the toughest assignments.”

Raffel, in turn, told Jewish Insider that Sanders is a “close friend.”