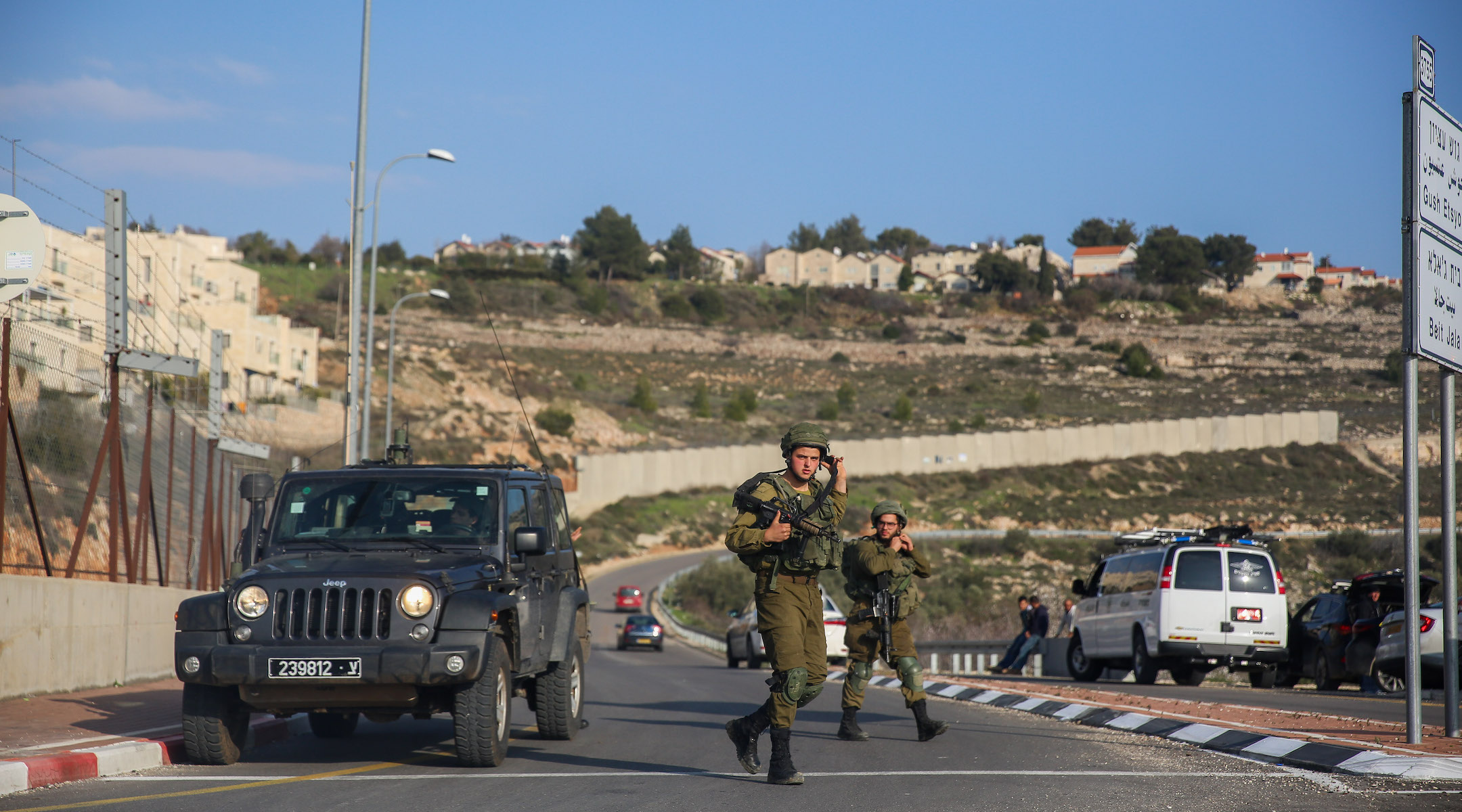 Soldiers at the entrance to the Jewish settlement of Har Gilo, Feb. 23, 2020. (Yonatan Sindel/Flash90)
Advertisement

(JTA) — Israeli Prime Minister Benjamin Netanyahu urged settler leaders to get behind his push to annex parts of the West Bank on Tuesday in the wake of their public arguments that the plan would effectively halt settlement expansion.

Netanyahu is trying to take advantage of the time he has before a possible change in the U.S. administration to follow through on a pledge he promised for over a year of political campaigning: applying Israeli sovereignty over large swaths of West Bank that most of the international community sees as illegally occupied. Joe Biden, the presumptive Democratic candidate for president who supports a two-state solution, would likely not support any annexation.

But even President Donald Trump’s Middle East peace team has seemed divided over the possibility of imminent annexation. U.S. Ambassador to Israel David Friedman enthusiastically endorsed the idea in January, but Jared Kushner, a key architect of the administration’s recently released peace plan, soon after said that an exact map of territories has yet to be agreed upon.

Now some Israeli settler leaders, whom Netanyahu has courted and counted on for support for years, have joined in the argument against immediate annexation, as detailed in reports in The New York Times and The Times of Israel. They claim that annexing the territory now would turn the settlements into “disconnected enclaves that would be barred from expanding” and further isolate them from the rest of the Israeli state.

“Either the settlements have a future or the Palestinian state does — but not both,” right-wing lawmaker Bezalel Smotrich told The New York Times.

Netanyahu told settler leaders in a meeting on Tuesday that they have a “historic opportunity” when it comes to annexation.