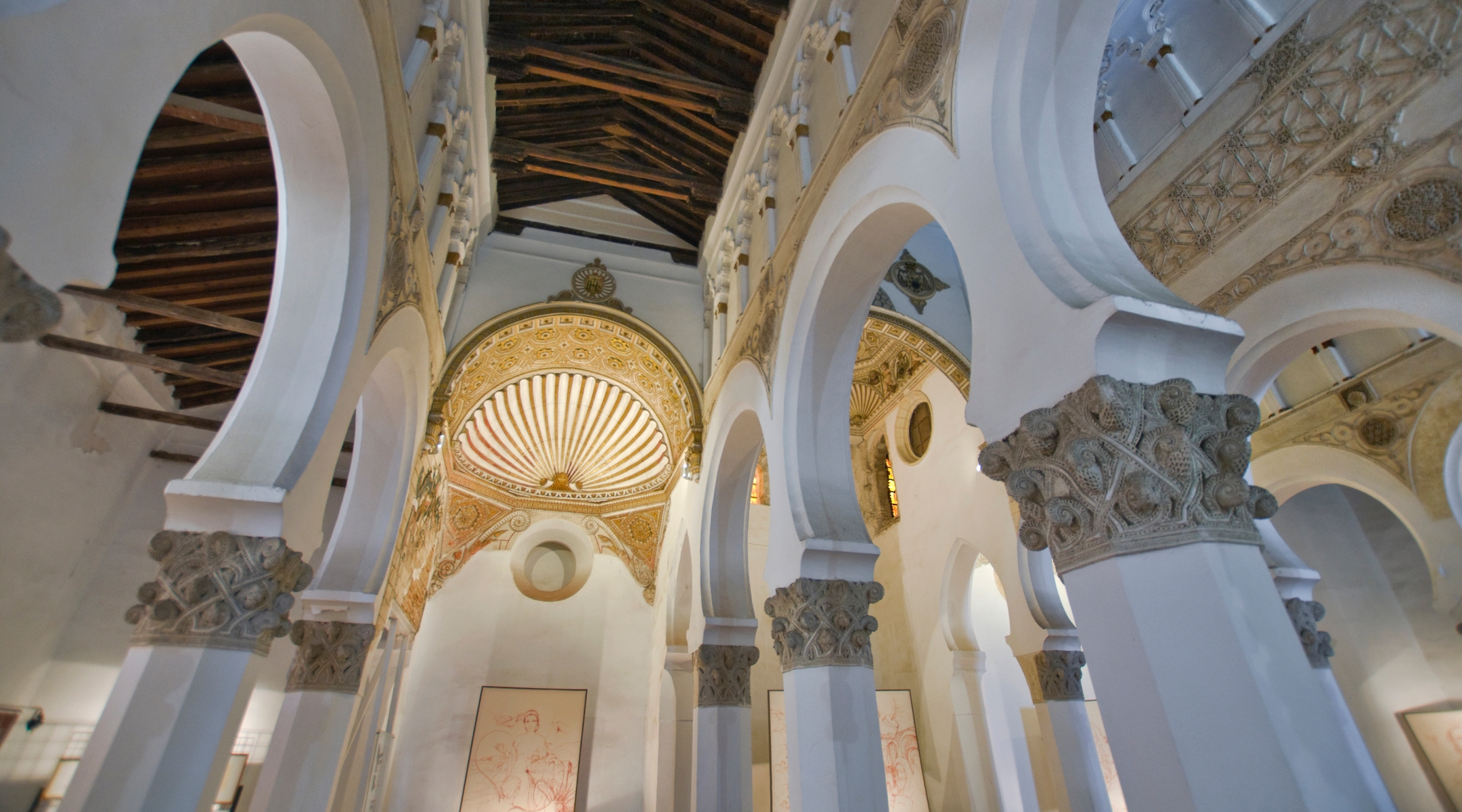 The synagogue of Santa Maria La Blanca was designed and decorated by Mudejar architects. In the 15th century it was converted into a church. (Getty Images)
Advertisement

(JTA) — Spanish Jews held a prayer and cultural event at a former synagogue that their community is trying to recover from the Catholic Church.

The prayer service and concert on Tuesday at Toledo’s Santa Maria la Blanca Museum was organized by the Hispanic-Jewish Foundation together with the Bishop of Toledo.

The museum, which is one of Spain’s major tourist attractions, used to be a church bearing the same name and is owned by the Catholic Church. The church was opened there instead of the Ibn Shushan synagogue after it was closed down in the 14th century amid persecution of Jews.

In 1492, Spain adopted the Inquisition campaign of religious repression as its policy. This resulted in the near extinction of Jewish life in Spain, which was once an international hub for Jewish scholarly and mercantile activities.

The Federation of Jewish Communities in Spain has repeatedly urged the government and church officials to offer a restitution plan for the building, which was erected in the 13th century. Once the main synagogue of Toledo, the building is one of the oldest still-standing structures of its kind.

The event Tuesday included a concert by Achinoam Nini, the Israeli singer. David Hatchwell, a founder of the foundation, said the event celebrates “a new moment of brotherhood in Judeo-Christian relations.”