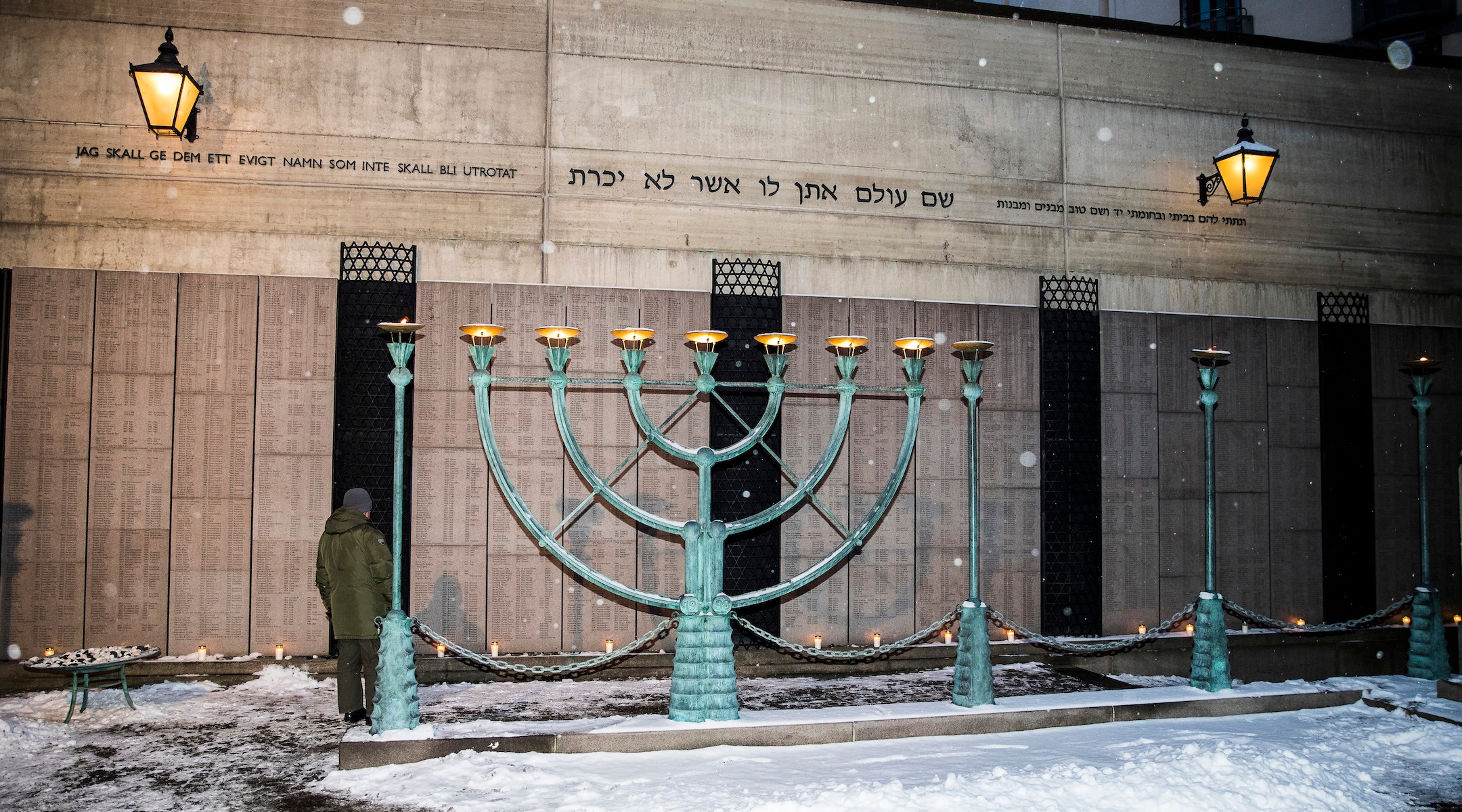 A view of a memorial for victims of the Holocaust outside of Stockholm’s Great Synagogue, Jan. 27, 2019. (Michael Campanella/Getty Images)
Advertisement

(JTA) — Sweden has allocated $1.1 million to prepare for the opening of the country’s first Holocaust museum.

The Ministry of Culture said last week that the government was giving the money to the Living History Forum, a Stockholm-based government agency that educates about the Holocaust, human rights and tolerance. The money will go toward collecting documents and interviewing Holocaust survivors to make up the museum’s exhibits.

In 2018, Sweden said it was planning to build a Holocaust museum with a focus on survivors from the Scandinavian country and a center devoted to Raoul Wallenberg, a Swedish diplomat who saved thousands of Hungarian Jews during the Holocaust.

Many of the details of the museum, including when it will open, its location and whether it will operate as an independent government agency, are still undecided. Lawmakers are debating whether the museum should be located in the capital, Stockholm, or in Malmö, a city that has seen intense anti-Semitism in recent years.

“The Holocaust is a crime against humanity that is unparalleled in our history,” the Culture Ministry said in its statement. “Its memory and lessons must continue to be preserved and communicated about. Never again must something similar to this happen.”