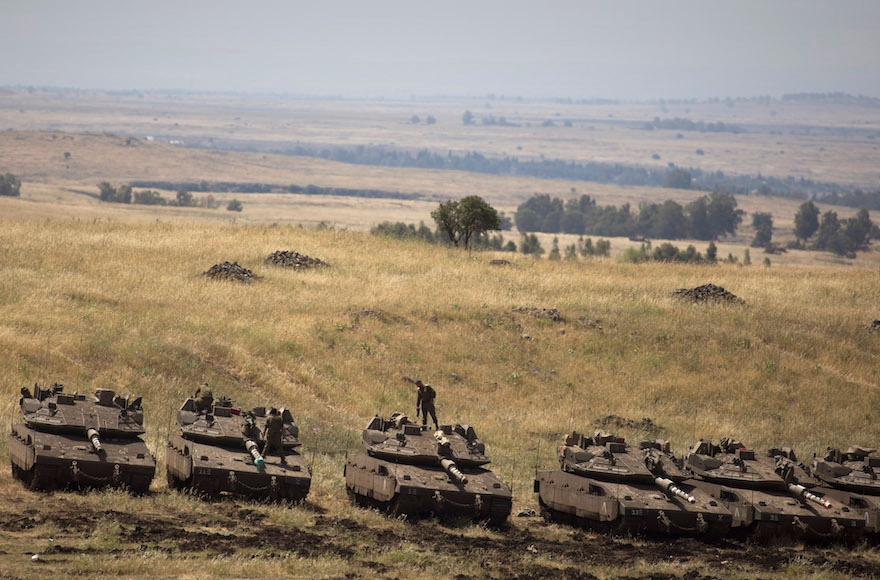 WASHINGTON (JTA) — Sens. Ted Cruz of Texas and Tom Cotton of Arkansas again called on the United States to recognize Israel’s sovereignty over the Golan Heights.

Israel is stepping up its campaign for international recognition of its claim to the strategic plateau.

A joint statement by the two Republican senators came on the same day that Israeli Prime Minister Benjamin Netanyahu urged John Bolton, the U.S. national security adviser, to recognize Israel’s claim to the Golan. Israel captured the heights from Syria in the 1967 Six-Day War and annexed them in 1981.

“Responding to the threat posed by Iran and its proxies requires ensuring that Israel can defend its territory and its citizens from attacks,” Cruz and Cotton said Sunday in their statement. “To support Israel’s right to self-defense, Washington should take the long overdue step of affirming Israeli sovereignty over the Golan Heights.”

In their statement, the senators noted that in the last Congress, they had introduced a nonbinding resolution calling for recognition of Israel’s claim to the Golan. The resolution languished, and the senators did not say whether they would reintroduce it.

Bolton is in Israel to assuage Israeli concerns that President Donald Trump is no longer invested in getting Iran and its proxy, the Lebanese Hezbollah militia, to leave Syria. Trump wants to pull 2,000 U.S. troops out of Syria, where Iran and Hezbollah have propped up Assad during Syria’s seven-year civil war, which is winding down. (Read more about Bolton’s visit here.)