‘Thank you Rabbis,’ Trump tweets about a rereleased letter of support from 13 Orthodox leaders 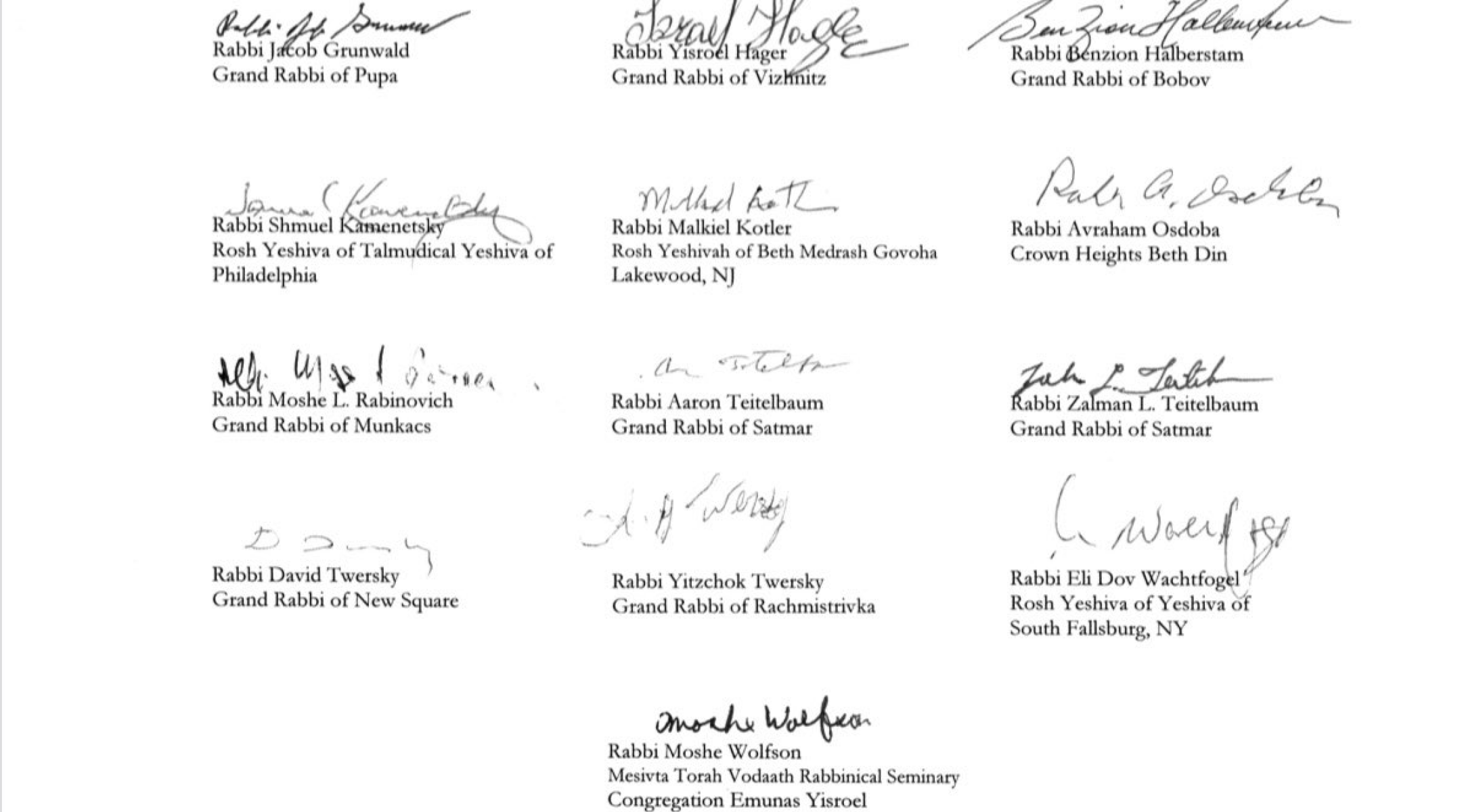 In fact, the letter was not new. It had been written back in June, not to endorse Trump’s reelection but to thank him for designating religious services as essential at a time when many states had barred or dramatically curtailed gatherings because of the COVID-19 pandemic.

Mishpacha clarified the letter’s origin in a subsequent tweet, and after followers familiar with the matter criticized the way the the magazine had characterized the letter, Rabbi Moshe Margaretten weighed in with a tweet of his own.

“It was an honor to work on this unprecedented letter starting in June in thanks to @realDonaldTrump for announcing that religion is essential — it definitely is!” wrote Margaretten, an advocate for criminal justice reform whom Trump invited to light a menorah at a White House ceremony last year. “We worked months to gather signatures (wanted to gather even more) and it was recently delivered to the President.”

Trump — who often shares messages on Twitter that praise him — retweeted Margaretten’s post. “Thank you Rabbis!” he wrote Sunday afternoon.

The episode unfolded as Orthodox Jews in the New York City area rallied to demonstrate support for Trump’s reelection bid. A recent poll by Ami Magazine, another Orthodox publication, found that 83% of its readers said they planned to vote for the Republican candidate. Other polls have shown consistently that about three quarters of American Jews say they plan to vote for the Democratic candidate, Joe Biden.