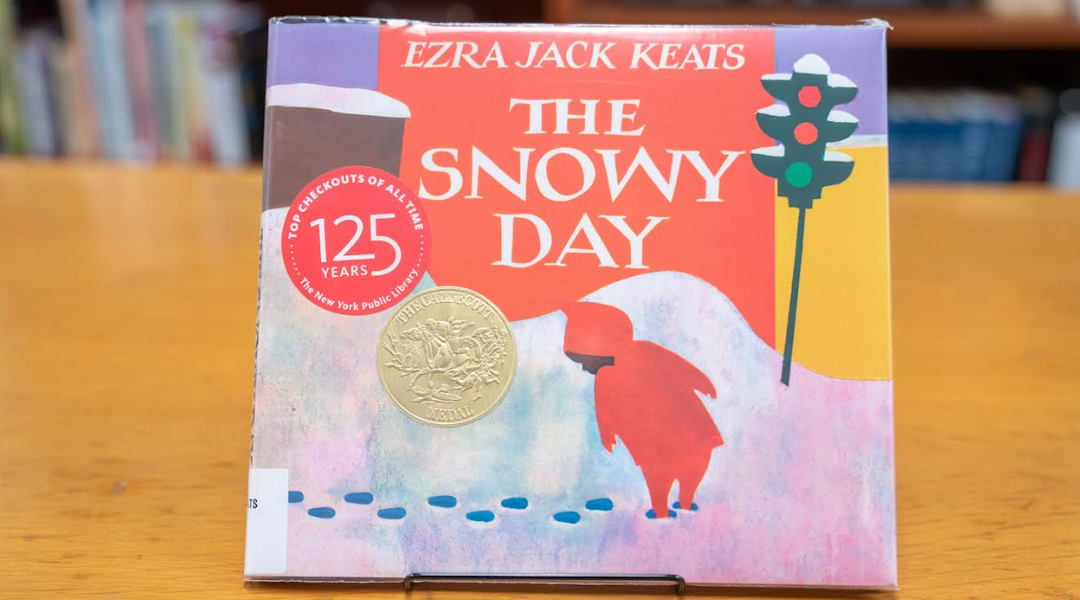 (JTA) — A trailblazing children’s book by a Jewish author is the most checked-out book of all time at the New York Public Library.

“The Snowy Day” by writer and illustrator Ezra Jack Keats has been checked out of the library 485,583 times, according to a list of the 10 most checked-out books released by the library on Monday in honor of its 125th anniversary.

Published in 1962, “The Snowy Day” tells the story of a young boy named Peter who experiences the magic of freshly fallen snow in the streets of his urban neighborhood. It was among the first mainstream illustrated children’s books to feature an African-American child and is credited with breaking the diversity barrier in children’s publishing.

Its success is due in part to its universal appeal, according to Andrew Medlar, a member of the library team that compiled the list.

“At the end of the day, though, it’s all about the story and it is absolutely brilliantly told,” Medlar said in a news release.

Born Jacob Ezra Katz in Brooklyn to Polish Jewish immigrants, Keats was a largely self-taught artist. His work was featured in a 2011 exhibition at the Jewish Museum in New York. In 2017, some of the iconic illustrations from “The Snowy Day” were featured on stamps issued by the U.S. Postal Service.

The other Jewish author on the list is Maurice Sendak, whose “Where the Wild Things Are” was No. 4. The others in the top 5 are “The Cat in the Hat,” by Dr. Seuss; “1984,” by George Orwell; and “To Kill a Mockingbird,” by Harper Lee.

The library is offering a special limited-edition “The Snowy Day” library card and the New York City transit system is also issuing a special edition of its Metro card.