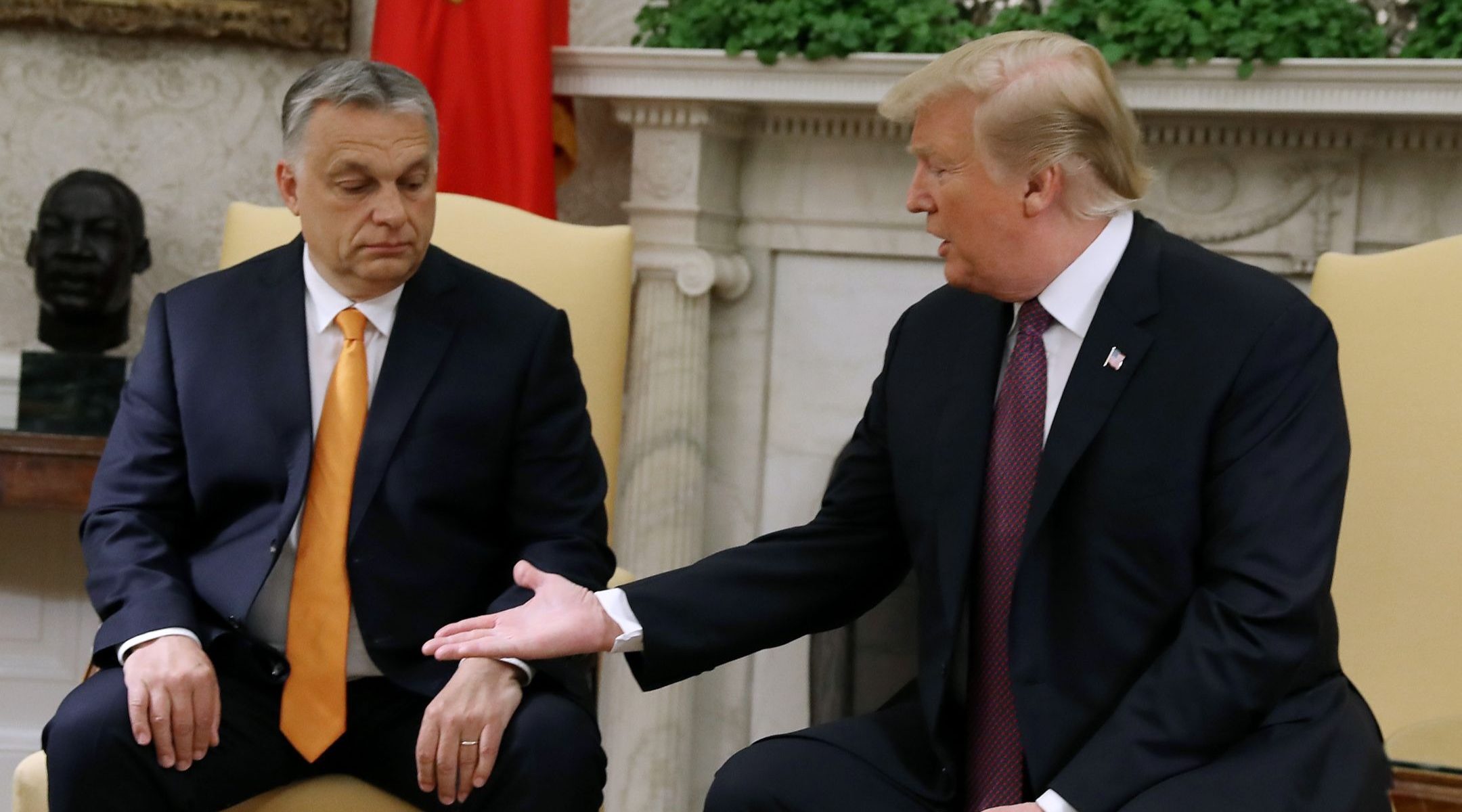 WASHINGTON (JTA) — President Donald Trump praised Hungarian Prime Minister Viktor Orban as a “tough” defender of Christianity, ignoring calls from lawmakers of both parties to call out the right-wing leader as anti-Semitic and anti-democratic.

“Viktor Orban has done a tremendous job in so many different ways,” Trump said Monday in greeting Orban at the White House. “Highly respected. Respected all over Europe. Probably, like me, a little bit controversial, but that’s okay. That’s okay. You’ve done a good job and you’ve kept your country safe.”

Trump’s expressed belief that Orban is “respected all over Europe” comes days after one of Trump’s top aides noted that Orban’s authoritarianism has been unpopular among other European leaders.

Nine Democrats in the U.S. House of Representatives, five of them Jewish, asked Trump to cancel the meeting with Orban because of his alleged anti-Semitism and expressions of bias against Muslims and other minorities, among other reasons. Four top foreign policy senators from both parties urged Trump to raise in their meeting Orban’s rollbacks of democratic rights.

Trump seemed unaffected by the pleas.

“You have been great with respect to Christian communities,” he told Orban, seemingly alluding to Hungary’s efforts to keep refugees from Syria from entering the European Union. “You have really put a block up, and we appreciate that very much.”

When a reporter asked Trump about “democratic backsliding” in Hungary, where Orban has imposed restrictions on the press and on universities, Trump praised Orban as “tough.”

Critics of Orban say he peddles anti-Semitic tropes in his attacks on George Soros, the Hungarian Jewish billionaire and liberal donor, and that his government has distorted Holocaust history by seeking to shift full blame for the fate of Hungarian Jews on Germany.

Despite such claims, Orban has warm relations with Israeli Prime Minister Benjamin Netanyahu, who has hailed the Hungarian leader as a “good friend” of Israel.