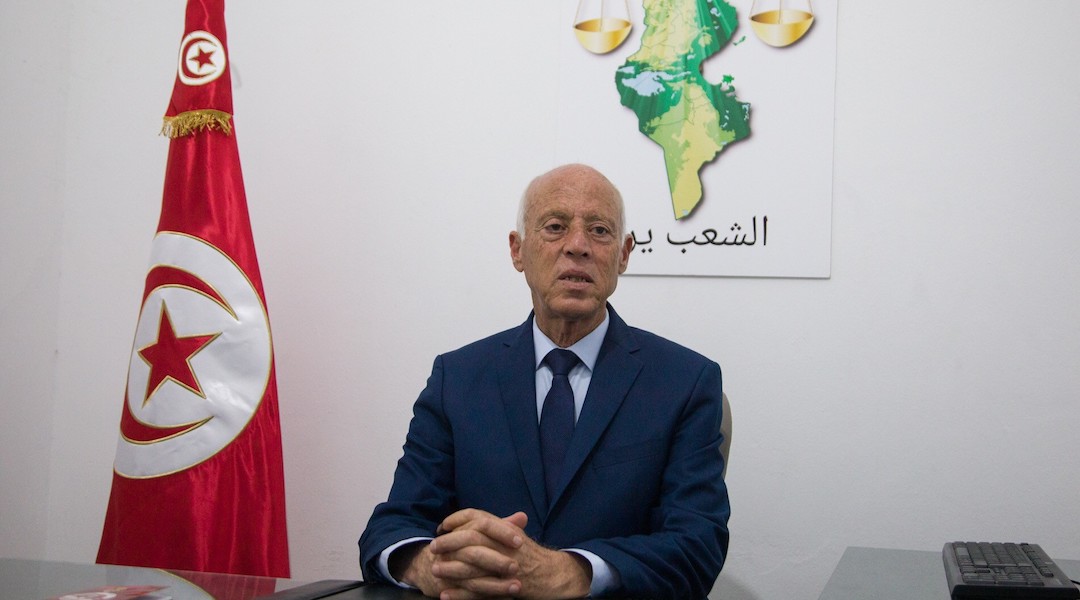 (JTA) — Tunisia’s president-elect said that normalization of his country’s relations with Israel are tantamount to “high treason.”

Kais Saied, an academic who won a resounding victory in the final round of presidential voting on Sunday, was asked about the normalization of ties with Israel in a televised debate two days earlier.

“‘Normalization’ is the wrong word to use,” Saied said. “We should be talking about high treason.”

Tunisia has no diplomatic relations with Israel. A law proposed last year would have criminalized ties with Jerusalem, but then-president Caid Essebsi did not endorse it.