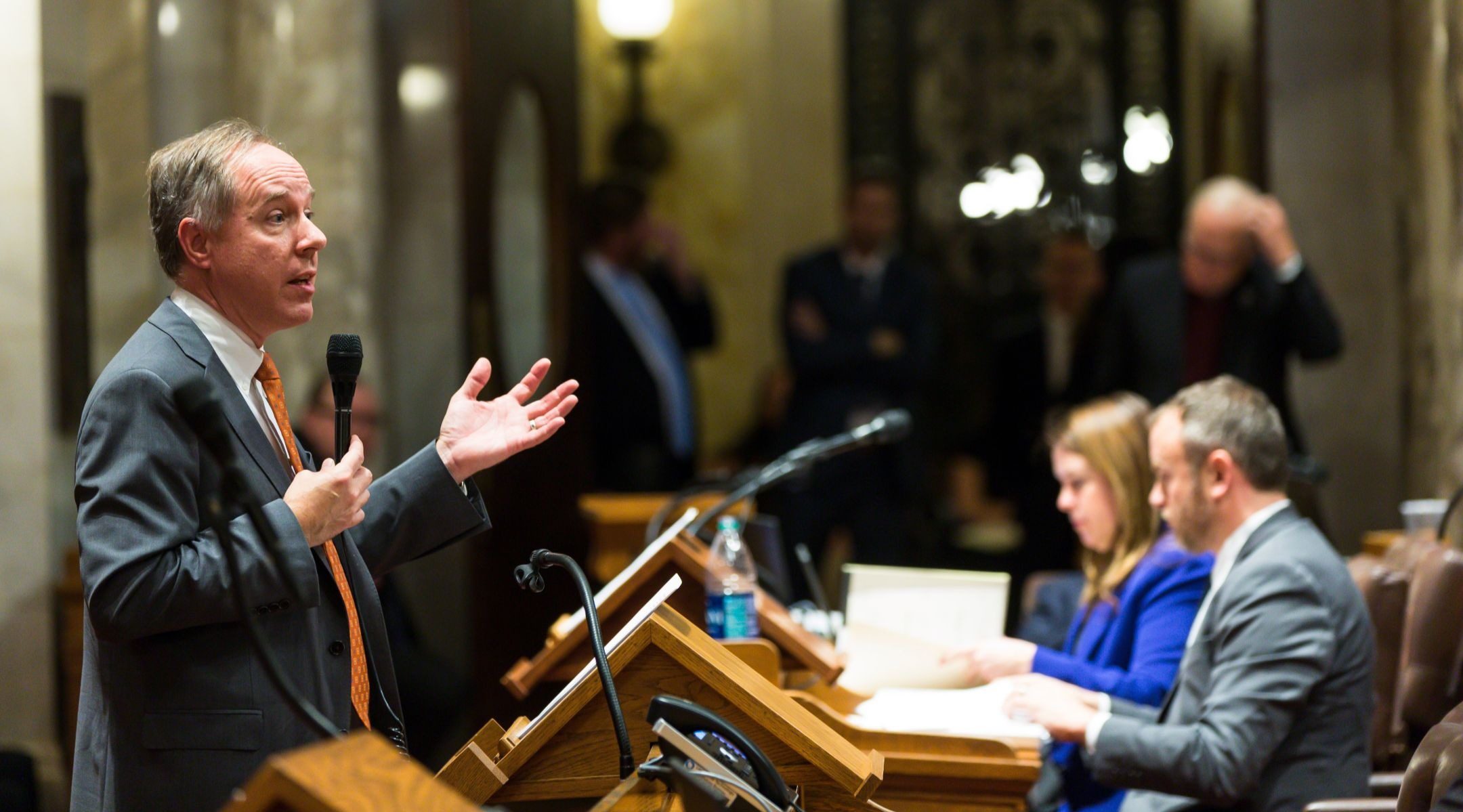 WASHINGTON (JTA) — The speaker of Wisconsin’s Assembly wants the governor to cancel a special election primary that falls on Dec. 30, the last day of Hanukkah.

“It is unnecessary to require Wisconsinites to exercise their civic duty to vote on a day they have set aside for a religious purpose,” he said Friday, according to Jessie Opoein, a reporter for the Capital Times, a progressive news site based in Madison.

It’s an odd request: No religious stream recommends abjuring from work on Hanukkah, a children-focused holiday that lasts eight days.

Vos may be trying to make up for the fact that the Legislature is convening next month on Yom Kippur, the holiest day of the Jewish year — through no fault of his own. The Assembly he leads voted unanimously in February for a resolution initiated by Lisa Subeck, a Jewish Democrat representing Madison, that would shut the Assembly during the holiday, but the Republican-led Senate refused to consider the bill.

The election is to replace Rep. Sean Duffy, a Republican who is resigning in part because his wife, Rachel Campos, is having a difficult pregnancy.