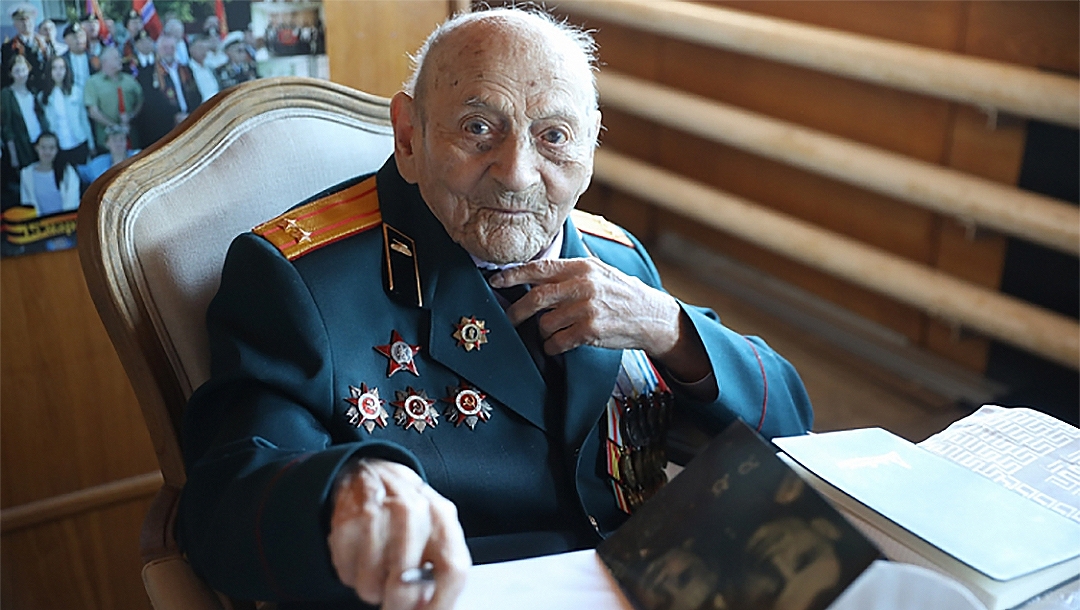 Yefim Haim Goldberg presenting his last book of poetry in 2019 in Vladivostok, Russia. (Courtesy of the the government of the Primorsky Krai region)
Advertisement

(JTA) — Yefim Haim Goldberg, a 106-year-old Jewish veteran of World War II who was honored frequently by the governments of Belarus and Russia, has died in Russia.

Goldberg served in the Red Army’s 36th Tank Brigade and the troops he commanded — he was in charge of a platoon — continued from the Belarusian front all the way to Berlin. His unit was among the ones sent to take the Reichstag, the parliament and seat of the Nazi German government.

Goldberg died Sunday at a hospital in Vladivostok in Russia’s Far East, where he had been under observation for the past month, the website News VL reported.

That report and others in the Russian media did not say whether Goldberg died of the coronavirus, which according to government statistics is relatively rare in Vladivostok and the region of Primorsky Krai.

Goldberg received at least four medals from the two governments over the years. He also was an author and poet.

He was born in what today is Belarus when it was still part of czarist Russia. He served in the Russian army for several years and then began studying history at a university in Moscow. But his studies were cut short because of World War II.

After the war Goldberg, who grew up in landlocked Belarus, joined Russia’s Far Eastern Shipping Company and became a sailor. He sailed for 25 years. It’s the reason he settled in the port city of Vladivostok.