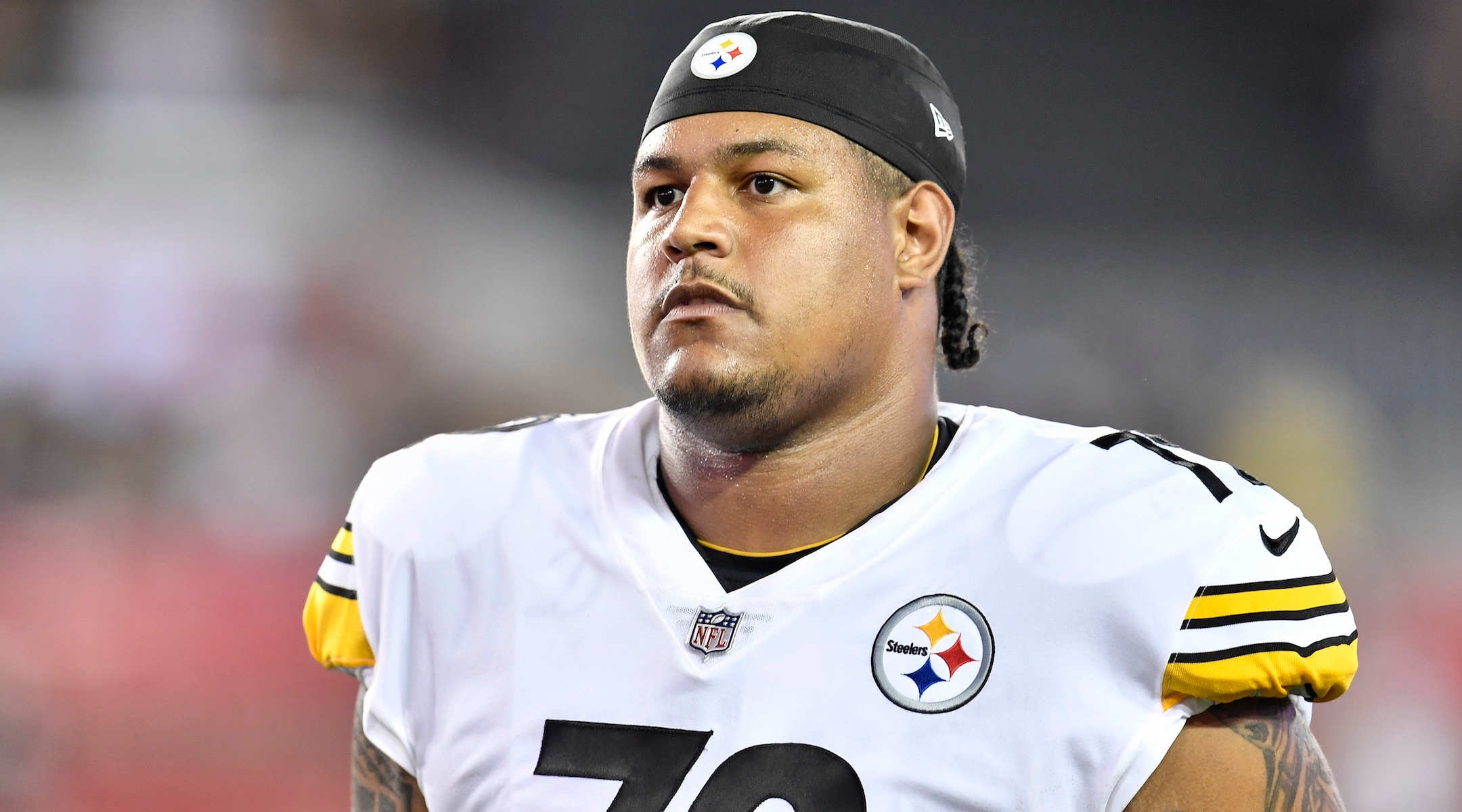 Zach Banner after a game between his Pittsburgh Steelers and the Tampa Bay Buccaneers in Tampa, Fla., Sept. 24, 2018. (Roy K. Miller/Icon Sportswire via Getty Images)
Advertisement

(JTA) — Zach Banner, Alysha Clark and Josh Bell will be among the professional athletes to headline an event discussing activism against anti-Semitism and how athletes can contribute to the effort.

Banner, an offensive lineman for the Pittsburgh Steelers, spoke out against anti-Semitism following anti-Semitic social media posts by DeSean Jackson, a wide receiver for the Philadelphia Eagles. Banner connected his concern to the 2018 shooting at Tree of Life*Or L’Simcha, a Pittsburgh synagogue.

Clark, a small forward for the WNBA’s Washington Mystics, is of Jewish descent and has played for three Israeli basketball teams during her career. She has Israeli citizenship.

Bell, a first baseman, played until recently for the Pittsburgh Pirates.

The event, to be held virtually on Feb. 17, will also include other activists as well as Tree of Life’s rabbi, Jeffrey Myers. It will survey anti-Semitism locally in Pittsburgh and nationally, and will discuss the importance of activism by athletes.