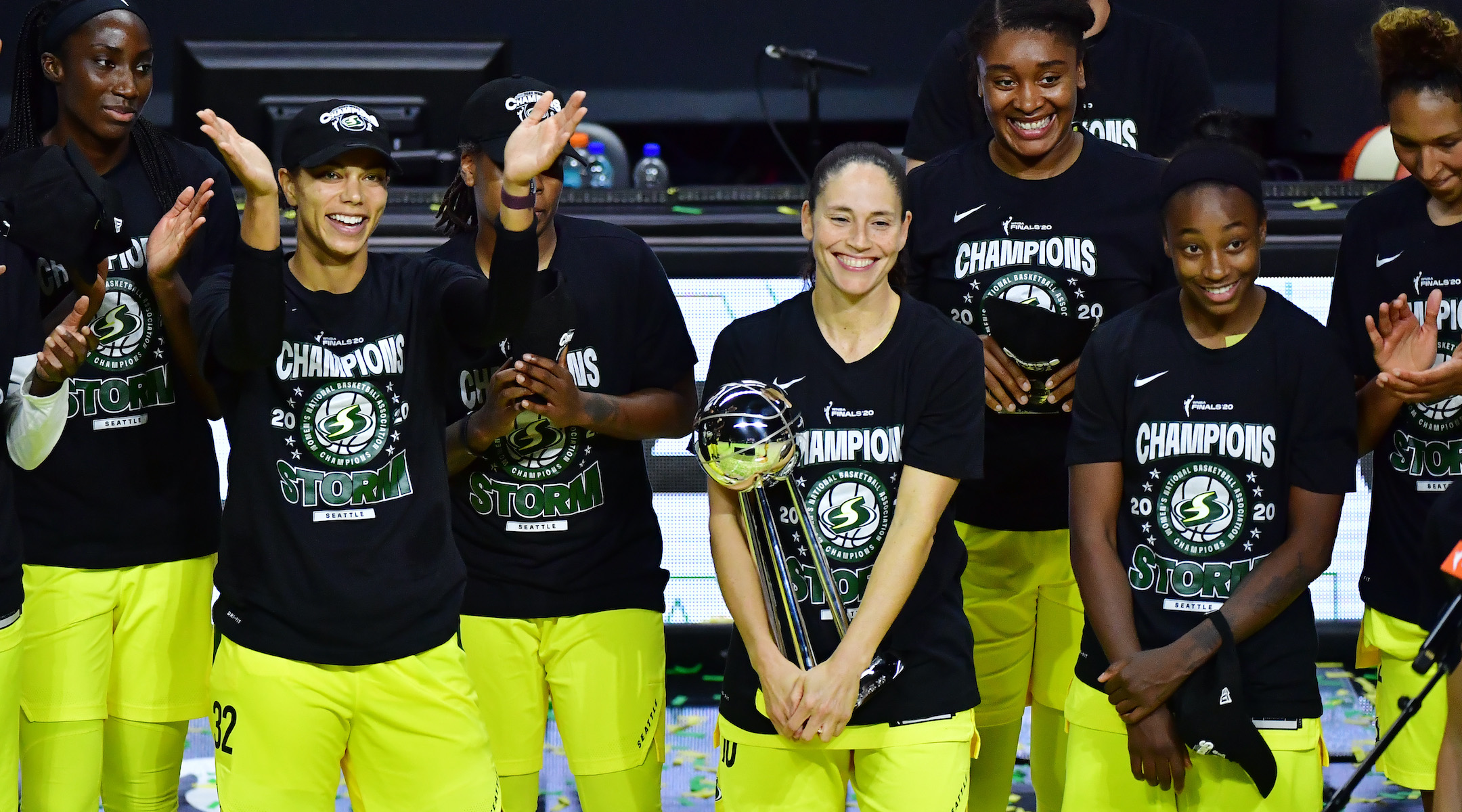 Bird, who made history in Game 1 of the series with a record number of assists, became the third-ever basketball player — male or female — to win championships in three different decades. (The other two were men’s basketball players Tim Duncan and John Salley.) This was the Jewish superstar’s 17th season in the WNBA — and she’s not slowing down anytime soon.

“I think the fact that I’ve been able to do it in different decades, with the same franchise, not many people can say that,” said Bird, who turns 40 in two weeks. “To recreate it over time and stay at a high level over time is definitely something I’m proud of, because it hasn’t been easy.”

Fellow Israeli-American basketball player — both have dual citizenship — Alysha Clark, 33, dedicated the Storm’s win to the Black women “forgotten in this country.”

“We are often overlooked and often unheard, and this championship was for them, for us,” said Clark, who is Black and Jewish.

Clark, born and raised in Colorado, researched the Jewish heritage on her mother’s side of the family with a Florida rabbi to obtain Israeli citizenship and play professionally there. She played for three different Israeli teams between 2010 and 2016.

Clark, who was raised Christian and still practices that religion, didn’t know much about her Jewish heritage before playing in Israel — but she did know how to count to 10 in Hebrew, because her maternal grandparents spoke the language and celebrated some Jewish holidays.

“I want to understand the language in the country I live in, to communicate with people as well as with grandpa and grandma,” Clark explained at the time.

Bird, whose father is Jewish, never played in Israel but lived there for a short time while acquiring citizenship and has talked about the experience of immersing herself in Israeli culture.